BP and Shell will keep (some of) it in the ground 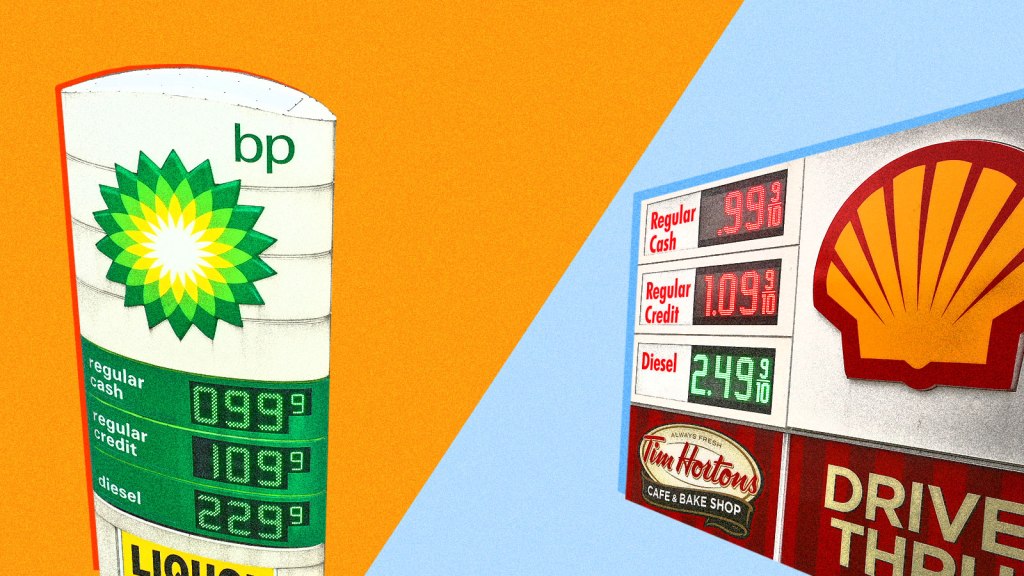 BP and Shell will keep (some of) it in the ground

One of the biggest liabilities on the world’s climate balance sheet right now is all of the oil, gas, and coal sitting in the ground, discovered, but not yet dug up. For more than a decade, environmentalists and scientists have argued that we’re going to need to practice some restraint and keep those fossil fuels buried if we want a livable planet.

Now, the “keep it in the ground” movement may be getting its most significant victory to date. In recent weeks, BP and Shell, two of the biggest fossil fuel companies in the world, indicated they plan to lower the official value of their assets by several billion dollars due to declining oil and gas prices. That means these companies are looking at their reserves, looking at the price of oil and the state of the world, and saying, this is not worth nearly as much as it was before. And the economics of digging it up are changing.

BP was the first, announcing in mid-June that it expects to write down up to $17.5 billion of its oil and gas holdings in its next quarterly report, a 12 percent drop from the previous valuation. Playing into that is the expectation that oil prices, currently deeply depressed from the global economic slowdown caused by the pandemic, may never fully rebound as some countries, including the entire E.U., prioritize a “green recovery.” Previously, BP assumed its oil was worth $70 per barrel, but now the British multinational has lowered that estimate to $55.

The move renders some of BP’s assets completely worthless. Sources told Reuters the company would be writing off reserves in the Canadian oil sands and ultra-deepwater wells off Angola because they are too expensive to develop.

Shell joined the club on Tuesday, saying it would write down between $15 billion and $22 billion of its assets next quarter. The Dutch-British corporation, the world’s largest non-state owned oil and gas company, had a slightly different outlook than BP on oil prices, saying it was dropping its expectations to $35 a barrel this year, with a slight rebound to $40 next year, and a long-term recovery to $60.

Charlie Cray, political and business strategist for Greenpeace USA, which has long been a major voice in the “keep it in the ground” movement, said in an email that BP and Shell are late to the party. “Both companies are playing catch up to what activists and economists have been warning for years: the climate emergency is going to make oil worth less,” he told Grist. Cray warned that we shouldn’t rely on the oil and gas industry, which he said “is predicated on reckless and never-ending expansion,” to usher in the energy transition. “Volatility in the market is not a substitute for robust federal policy to permanently phase out fossil fuels, hold climate polluters accountable, and begin a just transition for workers and impacted communities.” A week before disclosing the write-down, BP said it would lay off 10,000 workers.

Meanwhile, ExxonMobil is resisting pressure to acknowledge economic realities and write down its own assets. Several oil and gas accounting experts have filed complaints with the Securities and Exchange Commission alleging that the American company’s inaction amounts to arrogance … and potentially accounting fraud.

The European/American divide, with BP and Shell on one side and Exxon on the other, echoes those companies’ recognition of their responsibility when it comes to climate change. Indeed, the write-downs reflect not just the current economic slowdown, but also the larger shift these companies are undergoing to make sure they are still relevant in a low-carbon economy. “Both are in this unique position of trying to figure out what is the next 20 to 30 years for our business and our business model, while also trying to navigate in a world that’s clearly heading towards a low-carbon future,” said Michelle Manion, lead senior economist at the World Resources Institute, a global research nonprofit. “But at the same time being beholden to these quarterly expectations about making profit. It’s a pretty tough spot to be in.”

Both Shell and BP pledged earlier this year to become net-zero companies by 2050. However, their plans are still light on the details and have been scrutinized for not being in line with the goals of the Paris Agreement. In a statement about BP’s write-down, CEO Bernard Looney said it was “rooted in our net zero ambition and reaffirmed by the pandemic.” BP is expected to release a clearer roadmap for reducing its emissions later this year. Manion told Grist that the World Resources Institute has been working with Shell on its greenhouse gas accounting and that the company is starting to think seriously about a portfolio that includes low-carbon assets.

The same pandemic-induced price dynamics pressuring oil majors to write down their assets are also leading to outright bankruptcies. The latest to go under is Chesapeake Energy, which led the fracking boom in the U.S. a decade ago. The New York Times estimated that roughly 20 American oil and gas producers have filed for bankruptcy so far this year.