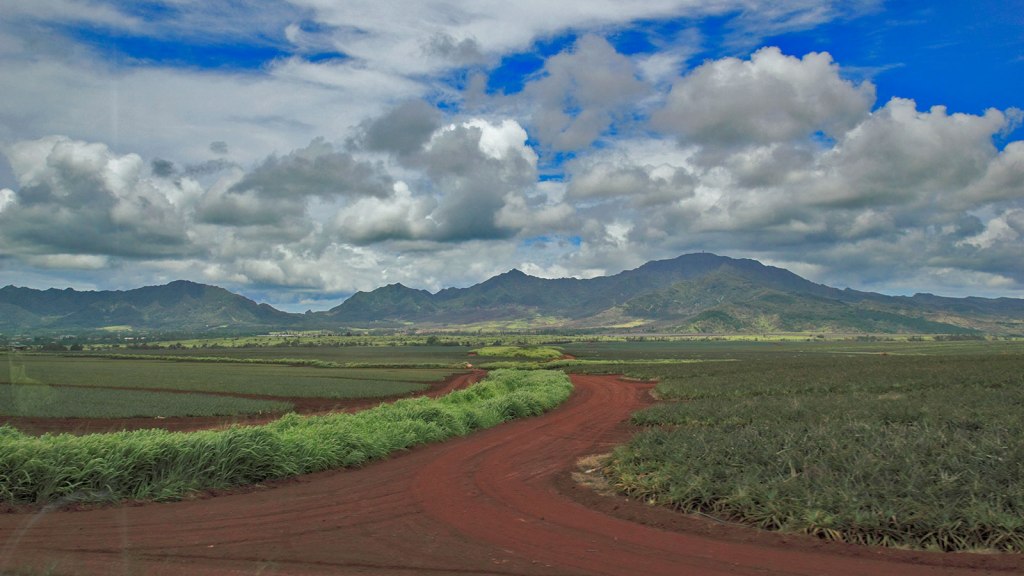 On Election Day two weeks ago, Maui County, which includes the Hawaiian islands of Maui, Lanai, and Molokai, approved a moratorium on the cultivation of genetically modified crops. This decision, by one small county, could throw a monkey wrench into the entire production system for genetically engineered seeds.

When the island of Kauai passed GM-farming restrictions last year (later overturned in court), I wrote that it could have an outsized impact on the industry. Hawaii is unique: It’s the only place inside the U.S. with a year-round growing season. Being inside the U.S. frees companies from a great deal of red tape (they don’t need to get approval under two different regulatory systems as they would abroad), and the tropical climate allows for multiple crops each year.

Kauai is important to the biotech industry, but Maui and Molokai may be even more important. As Monsanto acknowledged: “The majority of the corn seed we sell to farmers in Argentina, Brazil and the U.S. has originated from Monsanto’s Maui operations.” If the law stands, Monsanto and Dow AgroSciences, the biotech firms with operations in Maui County, will be left scrambling to find a different way of producing seeds. Prices would almost certainly go up.

The islanders who spearheaded the initiative intended to simply protect their own health and their environment. (I’m not taking on those issues here, but I have in the past.) But in passing this law, they have broken a crucial link in the biotech business model. If it stands up in court.

That’s a big if. The lawyers moved in almost as soon as the ballots were counted. But curiously, the first lawsuit came from the leaders of the SHAKA Movement — the group campaigning in favor of the GM moratorium. Usually it’s those who lose at the ballot box that sue. But this time it was the winners suing the county, Monsanto, and Dow AgroSciences, to demand rigorous enforcement of the law just a week after it passed. (I left a voicemail and emailed the lawyers representing the SHAKA Movement, but didn’t hear back.)

The next day, Nov. 13, the agribusiness companies and a group of other plaintiffs (including a trucking company and a farm that grows GM sweet corn), filed the lawsuit everyone was expecting, which asked the court to invalidate the law. On Nov. 14, the court issued a temporary injunction, blocking the Maui law until it could review the matter.

Michael Lilly, former attorney general of Hawaii, who appeared in ads urging citizens to vote against the initiative, told me he expected the court to strike down the law. The case was assigned to judge Barry Kurren, the same judge who had struck down Kauai’s bid to restrict GM farming. “He previously overturned a similar, but not identical, anti-GMO ordinance on Kauai,” Lilly said. “He found that state law preempted the county ordinance, and I expect he will do the same with this ordinance.”

Proponents of that law have appealed the ruling to the Ninth Circuit Court of Appeals.

At the same time, Kurren is also considering another lawsuit challenging a GM ban on the Big Island of Hawaii.

Ashley Luckens, program director at the Hawaii Center for Food Safety, said the disruption may amount to a headache and lost money for the biotech companies, but not an existential threat.

“We’ve learned that they can relatively easily move their operations around,” she said. When a lawsuit temporarily prevented Monsanto from planting Roundup Ready sugar beets in U.S. soil, the company was able to move production without much of a hitch, she said. “We didn’t see a market disruption.”

On the other hand, the amount of money the seed companies have spent to campaign and challenge these laws in court “does speak to how invested these companies are in Hawaii.”

According to Monsanto, the law would at least slow down the development of several new crops. In a blog post explaining the rationale for challenging the Maui moratorium, it wrote:

[R]esearch and breeding work involving traits that confer resistance to multiple types of insects and diseases in seed occurs on our Maui farms. One example is the research we are conducting on anthracnose stalk rot — a disease that can impact about 90 million acres of corn in the US and Brazil with an average harvest loss of 5%.  In Maui, we are working to develop seeds resistant to this disease, much in the way that the rainbow papaya seeds are resistant to the ringspot virus that nearly destroyed the papaya industry in 1997. Hawaii’s climate is unique in that we can continue this work year round.

If GM production stopped on Maui, it would wound the biotech companies. But a minor wound perhaps, just a flesh wound.

Both Dow and Monsanto sell non-GM seeds, and could conceivably work strictly on those in Maui County. When I asked Monsanto representative Charla Lord if the company could simply switch, she said, via email, that it wouldn’t be so easy. “Banning GM crops in Maui County has no impact on the demand farmers have for GM seeds or on the significant benefits GM seeds provide to their own farming operations. It is not just as simple as planting different seeds.”

If the seed companies move production it would also transplant jobs out of Hawaii. Jack Suyderhoud, a University of Hawaii professor of economics, said that would be a loss for the state that relies so heavily on tourism. “There’s no difference between having a diversified portfolio of investments and having a diversified economic base,” he said. “So much revenue comes from tourism, that when we hear news about a recession in Japan, for example, everybody’s alarm bells start ringing.”

On the island of Molokai, however, there’s almost no tourism; agriculture is the primary employer, followed by the government. Monsanto and Mycogen, a subsidiary of Dow AgroSciences, provide 11 percent of the jobs, said Robert Stephenson, president of the Molokai Chamber of Commerce. On Molokai, 65 percent of the voters voted against the moratorium.

Alika Atay, a burly farmer with a white beard and big, resonant voice, told me there are three reasons he wanted to pass this law. First, he wanted more testing of genetically modified crops. Second, he wanted fewer pesticides sprayed and more information about what chemicals companies were using. And third,  he felt he has a duty to fight for the environment of the island. The imperative to protect the land is written into Hawaii’s constitution; it’s called the public trust doctrine. And that, he said, is the most important, least mentioned part of the law.

The people working for the seed companies don’t feel the same sense of responsibility, he said. “I’m Hawaiian,” he said. “My genealogical line here traces back over 1600 years ago. Many employees for these companies, they just sleep here.”

“There’s a long history of resistance in Hawaii to this kind of agroindustry,” Lukens said. It was white plantation owners who brought down the Hawaiian monarchy, around the turn of the century. “Twenty thousand native Hawaiians protested the annexation of Hawaii into the U.S.,” she said.

The history is complex and the allegiances are interwoven. After annexation, people from the Philippines, Japan, Asia, and Portugal immigrated to Hawaii to work on the plantations, and intermarried with the Hawaiians. It’s hard to say who represents native Hawaiian interests at this point. “It’s my understanding that 60 percent of the seed industry employees are native Hawaiians,” Stephenson said.

In 1959, when the islanders voted overwhelmingly to become a state, the plantation workers took control of the government, breaking up the oligarchy of plantation owners and rich Hawaiians. As I was reporting this story, several people who disagreed with the GM moratorium mentioned that their family had come to Hawaii to work in agriculture. This may be a key point in understanding the politics of the struggle, wrote historian Rachel Laudan, author of The Food of Paradise: Exploring Hawaii’s Culinary Heritage, in an email:

Underlying the debate about GMOs in Hawaii, I suspect, is a tension between those who have lived in the islands for generations and newcomers from the mainland. For the locals, the islands have always been a place of high-tech agriculture. The great grandparents of many of them came from Asia to work on the big sugar and pineapple plantations. Successive generations saved to buy small plots of land. Those who farm these plots know that the papaya growers (small local farmers) have survived thanks to genetically modified varieties that have been safely used since the 1990s.

The real conflict may be between these descendants of plantation owners, and newer residents of the islands, who came to Hawaii looking for paradise, rather than a working agricultural landscape.

Those contrary visions — Hawaii as a place for high-tech farming, or Hawaii as a residential and tourist archipelago — will soon be debated on Capitol Hill, where the chairmen of the two agriculture committees represent profoundly different positions on this issue.

The immediate future of biotech in Hawaii will be decided in the courts, but in the long-term it’s the state government that will set the course. If Hawaii opts to stop biotechnology, that would be a serious blow to the industry. Not a killing blow. But still, as Monty Python’s black knight knows too well, a flesh wound here, a flesh wound there, and before you know it can get pretty hard to operate.