Every expert on the global food supply that I’ve talked to has told me that if you want to end hunger, you have to do something about poverty. And yet most news coverage — and certainly nearly all public statements from agribusiness — focuses on technologies to produce more food, rather than on ending destitution.

When I spoke with Raj Patel, he made this point eloquently:

“If one looks at the reasons people go hungry in the world today, poverty is the primary reason. But when one thinks about this goal of feeding the world, invariably the issue of poverty gets dropped out of that equation — because it’s such a hard problem. Whereas increasing yields is something your favorite tea company will be able to do for you, right here, right now.

“It’s interesting to think about: Why is it so hard to imagine ending poverty? It’s an idea that at various points, even in U.S. political history, was a very real goal.”

I was surprised and heartened, therefore, when I read the new report from the International Food Policy Research Institute on global hunger. The report is mostly what you’d expect: It says we’re making progress — there are fewer hungry people in the world — but some countries are backsliding. And, it says, we need to be paying more attention to micronutrient deficiencies. 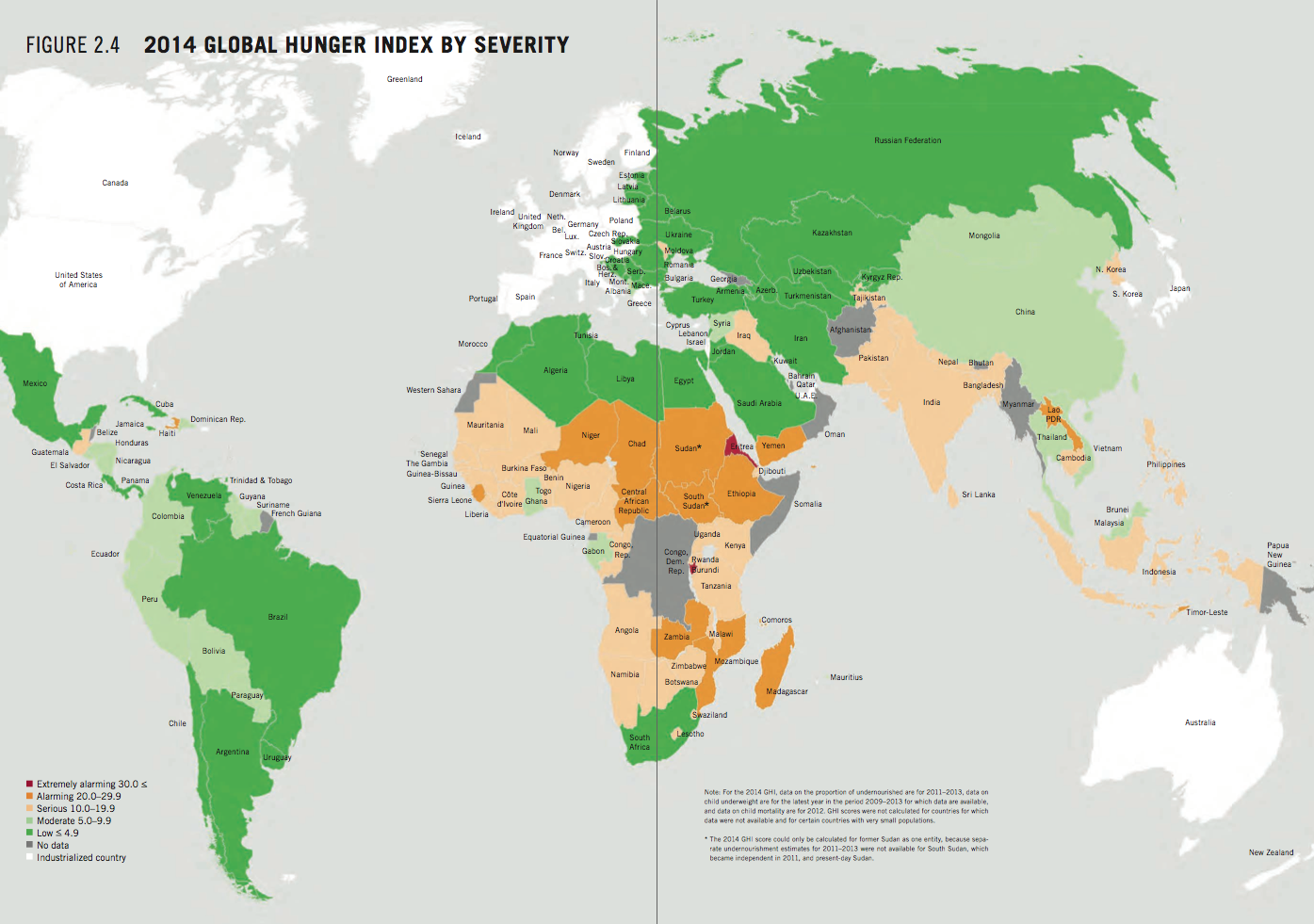 But here’s the surprising part: When I got down to the recommendations at the end of the report there was absolutely nothing about increasing yields. Instead, the policy prescriptions were exclusively political: Make nutrition a political priority, educate and empower girls, strengthen social safety nets, crack down on corruption, require food companies to provide nutritional information …

I’m not laying out all the goals here, but you get the point. IFPRI is not restricting the focus to agriculture. In fact, agriculture gets only passing mention in these recommendations. And that’s surprising, because the institute is part of the Consortium of International Agricultural Research Centers, known as CGIAR. CGIAR was born in the Green Revolution with a mandate to develop agricultural innovations that prevent famine.

I asked the director general of IFPRI, Shenggen Fan, if there had been some change.

“Yes,” he said. “It’s a sea change.” CGIAR, he said, used to be focused on yields, but in 2010, for the first time, it stopped to lay out a strategy. It now has four strategic objectives: reducing poverty, combating hunger, improving nutrition and health, and achieving environmental sustainability.

The public debate over hunger is stuck in the past. On one side, you have farmers and agribusiness talking about how they are going to feed the world. On the other side, you have activists protesting that high-tech ag could leave the poor behind. Both are right — yes, agriculture must become more efficient, and yes, new technologies can worsen inequality — but both are tangential to the most pressing causes of hunger and malnutrition.

The experts who are truly focused on reducing hunger don’t spend much time on that debate, because they are working on something bigger. If we really want to feed the world, the most direct approaches are political.

Should big business get out of the food business?