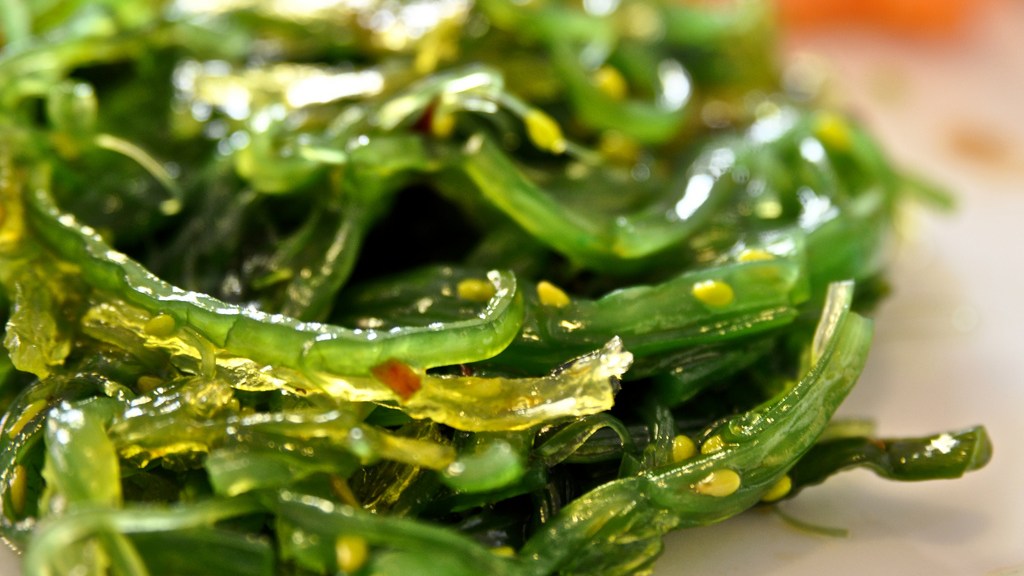 Seaweed, on the rare occasions I came across it in my Midwestern upbringing, seemed like a pretty simple deal: beach-borne mass of green goo-ribbons that you don’t really want to step on. Other than a few seaside experiences, I didn’t really think about seaweed much at all. And I da-hefinitely didn’t think about eating it.

But I’ve changed my ways. I learned my lesson. I’m a seaweed believer. Here’s why:

I read an article in the most recent edition of Lucky Peach, a quarterly food journal, by writer Rachel Khong. In it, she chronicles a summer she spent on the California coast, north of San Francisco, harvesting and preparing edible seaweed with Mendocino Sea Vegetable Company.

According to Khong’s research, seaweed is one of the most life-giving organisms in the world.* Here’s a taste of what she writes in her article:

The seashore is where all our stories start. It’s understood that present-day humans evolved in littoral spaces, where the omega-3 fatty acids found in fish and shellfish, originally from seaweed, were needed to evolve complex nervous systems and big brains. Which is to say: eating seaweed  —  either directly or by proxy  —  was what made us us. And seaweeds sustain life on earth, producing 70 to 80 percent of the world’s oxygen through photosynthesis…

Plus, she notes, “seaweed is an impressively ample source of protein.”

The protein-rich superfood feeds almost everything under the sea. Really, all ocean creatures eat seaweed somehow — whether directly or by eating something else that eats seaweed — so it’s the foundation of the marine food chain.

Why I haven’t eaten seaweed before (other than as sushi-wrap) is beyond me. Especially considering that humans have been munching on seaweed for thousands of years. Writes Khong:

We can’t be sure how long human beings have been eating seaweed  —  whatever archaeological proof of seaweed that might’ve existed has long since broken down and disappeared  —  but by most educated guesses it is a very, very long time. The oldest proof we have is the seaweed found in mortars in southern Chile dating to 12,000 BCE.

So while seaweed-eating may kinda seem like just another foodie trend, it has deep roots in human history and is supposedly very yummy. So why not go out and forage your own, world? It’s abundant, nutritionally dense, and pairs well with Dijon mustard and fresh tarragon.

Correction: An earlier version of this article identified seaweed as a plant, when in fact it is an algae. Grist regrets the error and has sentenced the author to make her own toothpaste out of kelp.