The farmers should show up to the climate march 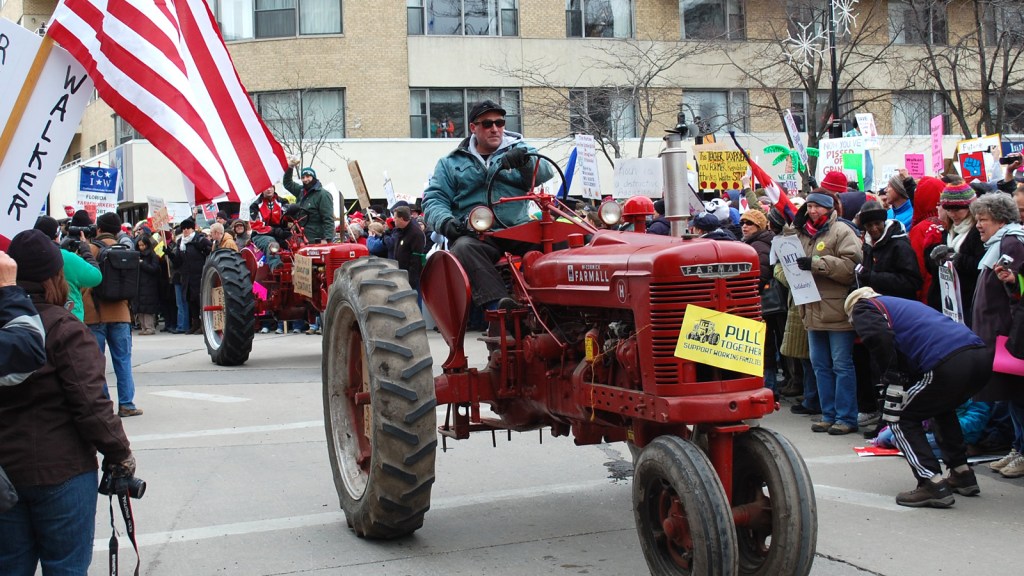 The farmers should show up to the climate march

The food movement will show up to this Sunday’s big climate march in New York. Vandana Shiva and the Organic Consumers Association will be there. Medium-sized family farmers and big agribusiness should show up, too.

Conventional farmers frequently tell me that they care about the environment. Their farms are a personal stake in the environment! And they’re sick of being characterized as the evil twin of virtuous organic agriculture.

After I wrote this essay saying that farmers and foodies should be friends, farmers have been telling me, okay, great — but how do I get urbanites to listen to anything I say?

Here’s one answer: If you want someone to listen to you, you have to demonstrate that you are trustworthy and working on the same goals. More and more farmers — even in the more conservative parts of the country — are accepting the reality of climate change and understand the threat it poses to their livelihoods. In a study of Iowa farmers, the question of government intervention to reduce greenhouse gas emissions produced an even split: one third thought it was a bad idea, one third thought it was a good idea, and one third were uncertain. A majority of farmers (62 percent) said that they thought they would need to do more to protect their land against extreme weather in the future.

Oxfam has pointed out that big food companies have a powerful reason to fight climate change: profits. And General Mills seems to agree with that assessment; in July it announced: “Science-based evidence suggests we must limit the global mean temperature rise to less than 2 degrees Celsius above pre-industrial levels in order to avoid permanently altering the atmosphere and negatively impacting the environmental, social and economic systems that sustain us — both today and in the future.”

If farmers and ag-companies really are sincere about being part of the solution, they should take every chance they can to demonstrate that. Climate campaigners, for their part, should welcome the opportunity to enlarge the tent. Sure, there will be plenty for these two groups to disagree on, but they can also learn from each other, and wedge issues like genetically modified food are ultimately less important than the uniting issue of climate change.

Just think of the breadth of the political spectrum that would be represented by Vandana Shiva, Ban Ki-moon, General Mills CEO Ken Powell, and Cargill Executive Chairman Greg Page marching together. Imagine tractors and combines rolling with the marchers through New York.

In the past greens have largely dismissed conventional farmers because we’ve thought they were opposed to our goals. But if agriculture emerges as a true political power against global warming, greens will be ready to listen when farmers say, “Hey, you should be giving us some credit for our environmental efforts.”