The oyster wars shed light on a bigger debate 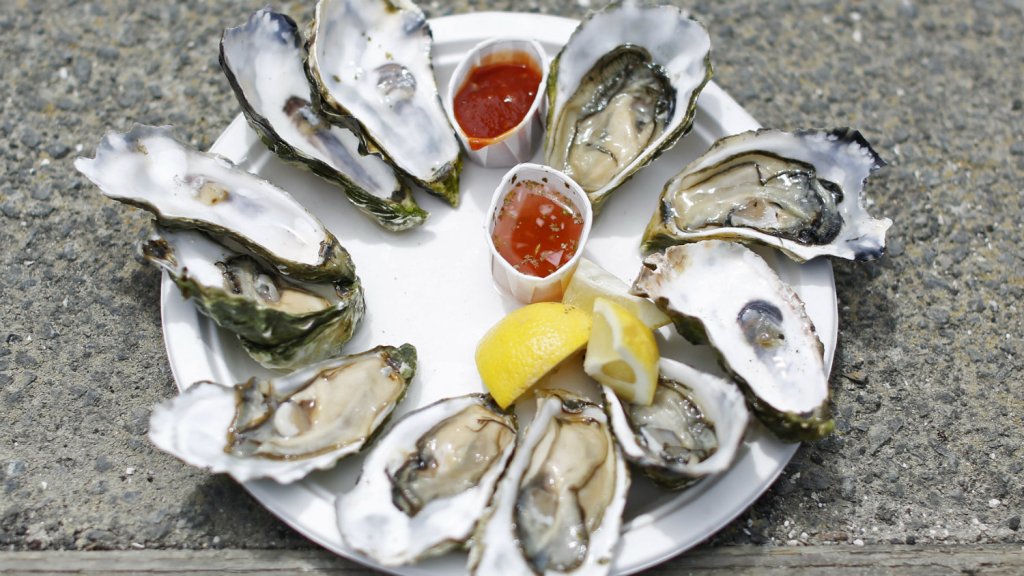 The oyster wars shed light on a bigger debate

For more than a decade, people in the San Francisco Bay Area fought viciously over oysters. The controversy: Would the National Park Service allow the Drake’s Bay Oyster Farm — located in the Point Reyes National Seashore, just north of San Francisco — to continue operating after its lease expired in 2012, or would it convert the land to wilderness? If you want the full story, Susie Cagle did a nice piece about this, here. The debate raged for years, and made headlines around the country. It caught people’s interest, in part, because it looked like a test case for a philosophical dilemma greens have been trying to resolve. 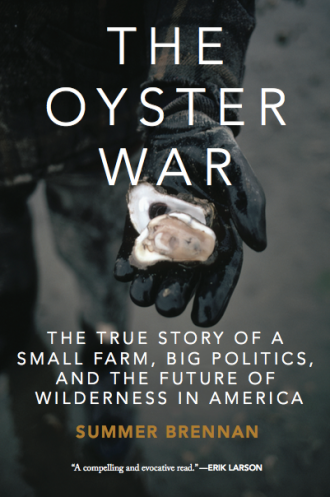 A new book on this saga, The Oyster War: The True Story of a Small Farm, Big Politics, and the Future of Wilderness in America, by Summer Brennan, provides a comprehensive look at the conflict. When taken in as a whole, the issue looks a little different. Yes, in some ways this was a referendum on land sparing versus land sharing; but this story, in Brennan’s telling, is really about the way we make land-use decisions, and the political tactics we deploy to sway those decisions.

Let’s pick up the story when some local ranchers, the Lunny family, bought the oyster farm from their neighbors, the Johnsons. It was in poor shape; there was sewage leaking into the estuary. The Johnsons had just eight years left on their lease with the National Park Service and had been unable or unwilling to fix things up. Then, Brennan writes:

In early 2005 the Lunnys, a cattle ranching family from a half mile down the road, took over. Since then it had been the Drakes Bay Oyster Company — the infamous Drakes Bay Oyster Company, if you will, whose plight has garnered national media attention. Its opposing sides had brought together strange bedfellows, from anti-government militia groups to locavore celebrity chefs, and its fate had been debated heavily and contentiously across the country. Was the company causing environmental harm? Or had it been framed, the victim of government fraud?

Was the oyster farm doing environmental harm? The public debate turned on this question. Pro-oyster-farm people said that the bivalves were filling in for missing native oysters, and that they were cleaning up the water. Pro-wilderness people said that oyster feces were fouling the water.

All of this was hyperbole. Yes, oysters filter water, but they filter out algae, and there wasn’t an excess of algae in the estuary. And yes, oysters poop, but the waste wasn’t causing major problems. What about the claim that oysters were needed to replace the long-lost natives? Well, Brennan’s research suggests that there were no native oysters — at least not in the last few hundred years. There was the Olympia oyster, which fed rich merchants and miners who had struck it rich during the Gold Rush, but those were not native. Businessmen had brought the Olympia oysters down from Washington state and farmed them in the San Francisco Bay from 1851 on. “The native California oyster, at least as it would have existed in the 19th century, is a myth,” Brennan writes.

There was also much debate over whether the oyster farm disturbed harbor seals, but the data was inconclusive. It was clear that plastic, timber, and other bits of material from the farm was ending up in the water. There were innumerable presentations, studies, and studies of the studies hashing all this out. In the end, Brennan writes, it all boiled down to this:

“Was the oyster farm causing harm? Maybe. Was it very severe? Probably not but we didn’t know yet. Could it be mitigated through an adaptive management approach? Most likely.”

That doesn’t really provide a clarion mandate for either side. In the end we are left with a simple question: What do people want?

The debate heats up

But the oyster farm war didn’t play out as a simple debate over what people wanted. This was not a subject for congenial coffee-table discussions. People took sides quickly, then became entrenched defending their positions. It didn’t seem like a matter of opinion, but rather one of right versus wrong, good versus evil. After reading the book, I was left with a nagging question: Why did the debate become so divisive and ugly? So I called Brennan up and asked her what she thought.

“Well, the other side of the ugliness is passion, and that’s one of the questions that drew me to this originally,” she said. “Why are people so passionate about this? I think it came at a time when these issues were sensitive. There’s greater understanding even in the last few years of what climate change is going to mean. There’s this awareness that we are running out of space and resources and have to change the way we do things.”

We are living in a moment of crisis, both environmental and philosophical. The green philosophy about what to do with land, and how best to feed ourselves, is somewhat up for grabs. There’s a growing acknowledgement that the old ideas about “saving nature” or “returning the land to its original state” are misguided. There is no “original state,” just a lot of different landscapes, depending how far you turn back the clock.

Saving nature sounds objectively honorable — above the sway of human desires — but it’s not, because people define what “nature” means. And the land that we save almost always ends up being the type of nature that the people with political power happen to like. If we were capable of making non-anthropocentric decisions to preserve biodiversity, we’d be converting habitat to foster a thriving diversity of slime molds, and dedicating national parks for bacterial mats.

Without the ideal of pristine nature as our lodestar, many greens are groping awkwardly for a new goal. Should the aim be justice — working with the land in whatever way most effectively reduces inequality and human suffering? Should the aim be beauty — preserving the species and landscapes that inspire us? Or should we double down on trying to find an objective, non-anthropocentric way to define nature — even if that means nurturing landscapes that we find ugly and uncomfortable?

In this moment of uncertainty, the oyster farm controversy inflated in significance. Many of the oyster farm’s supporters viewed it as a prototype for how humans might live more harmoniously amid other species, a replacement for the assumption that nature only exists in our absence. (That was basically my position, as I followed the news.) Those who wanted the oyster farm to close worried that, if it stayed, it would set a precedent. Brennan writes:

“This exception is not just about the slippery slope,” Jerry Meral, a respected conservationist, former deputy secretary of California’s Natural Resources Agency, and vice chairman of the EAC, told the New York Times. “It’s the beginning of the end of wilderness.”

Traditional environmentalists had worked so hard to preserve spectacular lands with a leave-only-footprints aesthetic, and as thinking shifted on the aims of environmentalism, they saw a real danger that that work could be undone in some way.

The politics of personal destruction

So there were good reasons for people to feel strongly about this. Strong feelings might have justified a rousing debate, but not the level of personal attacks this fight reached. The pro-oyster farm partisans, especially, characterized their foes not just as incorrect, but immoral.

“You couldn’t just say someone was wrong — you had to try and destroy their integrity and credibility,” Brennan said. Then she added, “and it’s happened to me since publishing the book.”

This was a game of politics, she said, and once you enter the realm of politics, everything is in play. It’s no longer just a discussion of philosophy; it is a campaign to win. “Especially if your argument hinges upon not listening to someone,” she said. “You have to make people think that the other people are a liar if you want to win. A positive story of the oyster farm required a very controlled narrative. You really do have to obscure certain things — for instance, the fact that Lunny really knew the Park Service wasn’t going to renew the lease.”

A lot of the sympathy for the oyster farm stemmed from the perception that the Park Service had led the Lunnys to believe that they would be able to extend their lease, but that simply wasn’t the case. Brennan had begged the oyster farmers and their media representatives for any evidence of a behind-the-scenes promise, but it just didn’t exist. She writes:

“The message I got was that, No, nobody with NPS told Kevin he could renew per se. Both Tom Johnson [the previous owner] and Don Neubacher [the park administrator] had in fact told him that NPS did not plan to renew; he just didn’t agree with that decision and hoped he could change it. He felt that the weight of the farm’s legacy would win out in the end.”

On the other side, the pro-wilderness people were accusing their opponents of guilt by association, because Cause of Action, a conservative nonprofit that had received money from the Koch family, had jumped in to fight for the oyster farm. Some conservatives saw this struggle as a case of government overreach, and Republican lawmakers in Congress attached language to a bill that would have approved the Keystone XL pipeline, to force the Park Service to renew the oyster farm’s lease. And so some of the pro-wilderness people condemned their foes as patsies for the right-wingers — a high crime in liberal Marin.

In the end, all this was beside the point. The political process had already taken its course. The land had been designated as wilderness back in 1976. There was always a possibility that a last-ditch effort would change the result of that decision, but in the end it didn’t. The oyster farm packed up and closed. You can still buy oysters from other nearby enterprises that don’t operate on park land.

A better form of debate

After reading the book, I was left with the feeling that this oyster war doesn’t have all that much to teach us about the debate over land sharing or sparing — extensive versus intensive agriculture. But it does have a lot to teach us about the community process we use to figure out what we want. It may be inevitable, in political discussions, that each side will attack the credibility of the other’s leaders. But regular people without a stake in the fight don’t have to fall for it.

The lessons of the oyster war, then, seem to be these:

Instead of picking a side and then digging in, it would be worth our while to move back and forth for a while and gather information.

Brennan writes: “The more I researched and wrote or thought about this case, the more it seemed like a Rorschach inkblot test, with people seeing within its sprawling little mess whatever monsters they already found most frightening.”

Instead of projecting our own demons into environmental debates, let’s try to see them for what they are. The problems we face are significant enough without adding our own pathologies.