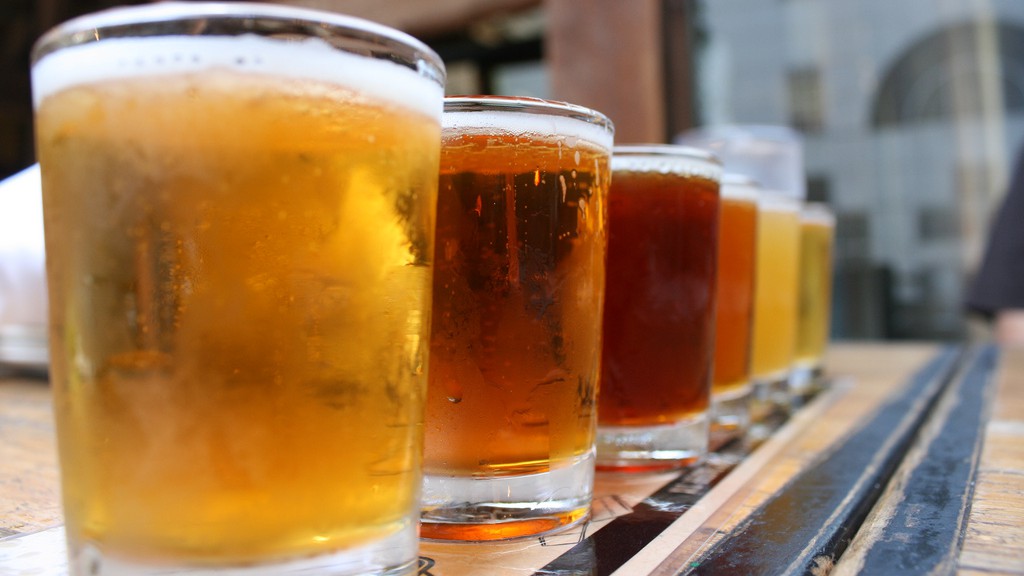 Beer companies are no exception. Some are taking a beating on the cost of raw materials as the climatic and economic conditions change. From NPR’s The Salt:

This new reality is hitting home in parts of California. Brewers there are reeling in the face of a relentless drought, now in its fourth year. The lack of precipitation has cast a dark shadow on their growing industry because water is one of the four main ingredients in beer – along with barley, hops, and yeast. Water is also essential to keeping brew house equipment clean and sanitized.

Some companies have even had to cut back on production due to limited water availability from the drought. Bear Republic Brewing Company on the depleted Russian River in Sonoma County tells The Salt it has had to pull out of distributing to 27 retail markets across the U.S.

Hops are particularly pricey these days:

According to Ceres, an environmental sustainability group that’s working with the beer industry, warmer temperatures and extreme weather events are also hurting hops, which are cultivated mainly in the Pacific Northwest. “Rising demand and lower yields have driven the price of hops up by more than 250 percent in the past decade,” Ceres notes.

So brewers are trying to do their part. Sierra Nevada has a CO2 recovery system that captures the gas created during fermentation and re-uses it, preventing emissions and eliminating the need to buy (and truck) the stuff. Smuttynose Brewing Co. in New Hampshire has a LEED-Gold certified headquarters, which keeps the interior at the ideal temperature for making great beer, no matter the crazy weather. Klamath Basin Brewing Company is using locally abundant geothermal energy. Alaskan Brewing Company is burning its spent grain, reducing its fuel oil use by as much as 70 percent. SAB Miller, the massive international brewer, is turning to local farmers in Africa to supply it with cassava as a replacement for barley. New Belgium Brewing Company is reducing waste, energy use, greenhouse gasses, and water consumption. Increasingly, you have plenty of options for buying your beer both locally and sustainably.

Green beer for St. Patrick’s Day is a crime against humanity, meant to induce vomiting quickly. But this sort of green beer can only induce feelings of goodness and delight. Cheers!