Renee Erickson isn’t just one of the most celebrated chefs in the Seattle restaurant scene — though she’s certainly that. She’s also responsible for helping the rest of the country work up an appetite for Hood Canal oysters, Dungeness crab, and everything else our little corner of the ocean has to offer. Since buying her first restaurant, Boat Street Café, at age 25, Erickson has built up a roster of successful eateries with her restaurant group, Sea Creatures, including mollusc-and-martini haven The Walrus and the Carpenter, and The Whale Wins, the shrine to Pacific Northwest cuisine that garnered Erickson a James Beard nomination this year.

If you’re sensing a theme, you should be — it’s hard to live, eat, and cook in Seattle and not be influenced by the sea that surrounds the city. We talked to Erickson about the changing waters from the Pacific to the Puget, and how they might change her menu — and vice versa.

Q. How did you decide to focus on seafood specifically in your restaurants — particularly with Walrus and the Carpenter? 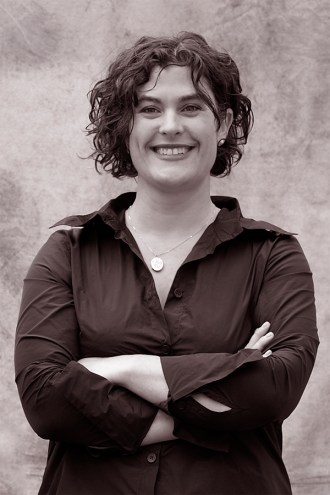 A. I love oysters and had spent a lot of time traveling to Europe, mostly France, and really loved the culture around oysters as playing a bigger role in the dining scene. Historically, oysters — at least in Seattle, you know — were more of a part of a menu and not the focal point of the menu. I really wanted to do something that shows them off a little bit more, and in a way that was unique and different and more about how I cook. Also, I’m a native Washingtonian and Seattleite and am very proud of our oysters — so selling more of them in the local economy versus shipping them to Asia or other parts of the world was a priority as well.

Q. And when were you growing up, were oysters and local seafood a big part of your childhood?

A. Oysters were not, at all. I spent most of my time on the water up in the Tulalip Indian Reservation. We ate a lot of Dungeness crab and a lot of shrimp and a lot of salmon and, you know, rockfish and clams, but not oysters. But I definitely grew to love them.

Q. So, let’s get down to it: How would you describe your personal relationship with the ocean?

A. [Laughs] That’s funny. Well, obviously the local Sound, or the sea here, is a driving force of our business at The Walrus and the Carpenter, so its health is a big, important piece of that. We’re constantly trying to be mindful of that.

Q. At what point did you first start to become aware of issues around climate change and oceans?

A. [Sigh] I don’t know. I feel like it’s always been a conversation in the last ten years, for sure. Probably I’m more aware of it after owning Walrus, just because oysters are something that is so affected by temperature. When there’s a lot of extra heat or storms, the oysters get shut down and you can’t serve them.

Q. Your food and restaurants have a reputation for having created a real sense of Pacific Northwestern place — do you get the sense that your customers are kind of aware of how that place, particularly the Puget Sound and the bodies of water around it, are starting to change?

A. I think you have to have your head in the sand if you don’t notice that that’s happening — I think you’re crazy if you’re not aware of that. Especially living close to the water! I don’t think it’s because of anything that we’re doing [at my restaurants] — I think I am no pioneer in that, there are lots of people that are doing a lot more to talk about it.

Q. Right — a good example of that is Taylor Shellfish, right over on the Olympic Peninsula. They’ve been talking more about climate change and ocean acidification and how, specifically, it’s affecting oysters. Would you say that more chefs in the Pacific Northwest are talking about that as well?

A. You know, I don’t experience that. We talk about it with our purveyors more than we talk about it with other chefs. So when we’re talking to Adam James from Hama Hama Oyster Company, there’s definitely discussion about ocean acidification and upwellings in the Hood Canal and how that’s different than it has been, for sure. There’s definitely an awareness about it.

Q. And how would you say that conversation has changed over your career as a chef in Seattle?

A. The more you know, the more you talk about it — but when I was 25, was I talking about ocean acidification? Nope. I was barely keeping my head above water running a restaurant. I think as you grow in your career, you’re more aware of a lot of things. You just make room for more information. … But we can’t spend all our time thinking about the waterways — except in the ways that our business affects it.

Q. But how about the other way around — like how it would affect your business? If the oceans heat up, that’s it for oysters. Given that, are you paying any increased attention to the science around this?

A. It’s obvious that I want oysters and all the sea creatures that we love to serve and to eat to survive, but is my business doing anything tangible to further the science around ocean acidification? No. All I’m doing is what I think is ethical and correct for how I feel about food, and that’s the way that I feel my business can promote some sort of change.

I just sat at a conference yesterday and was talking about sustainable species as part of Smart Catch, [a sustainable seafood initiative that Paul Allen just started]. We’re just trying to promote awareness around species and the health of different fisheries in how we purchase as a company, and how we can kind of promote that within our industry and with consumers. And when you’re starting to worry about [different species of seafood] and why they’re not surviving, you’re thinking about the factors that can help to preserve the ocean waters as well as the animals that live there.

But I have no magic trick up my sleeve. I know Taylor [Shellfish] is trying to come up with other ways to farm shellfish, and that’s obviously in the interest of their business because they’re selling it. I’ll be super grateful if they figure something out.