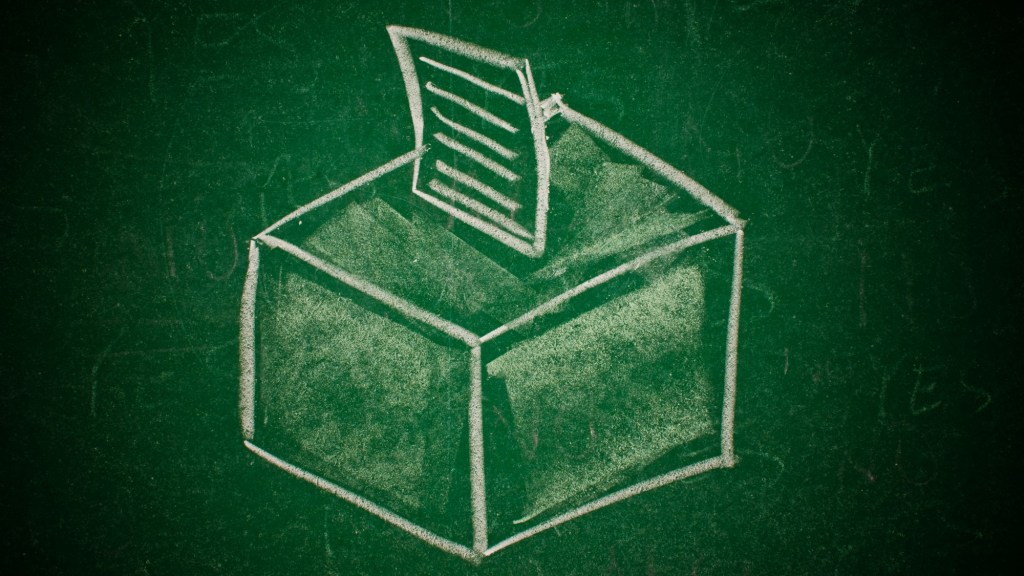 Ever since Washington state voters rejected a measure to label genetically engineered food earlier this month, I’ve been trying to understand what the vote meant.

On election night, I stressed the importance of advertising, but people on Twitter and in comments have questioned that emphasis. Political advertising rarely changes opinions; it generally sets people more deeply in their convictions. So perhaps what the Washington vote shows us is that fewer people care about GM food than it seems.

Why the measure lost is also related to the question of who voted. In the end, only 45 percent of registered voters cast their ballots — the lowest turnout in a decade. What does that mean? And what’s the significance of the fact that the race tightened up as officials counted ballots: The measure was losing by 10 percentage points in early tallies, but that margin eventually narrowed to 2 percentage points, with 49 percent voting for, and 51 against.

The answers to these questions have interesting implications for future labeling campaigns. The Washington vote seems to be telling us that concern about GM food is broad and shallow. That is, lots of people are vaguely worried about transgenics, but it’s not a core issue that drives majorities to the polls.

“This was a solution looking for a problem,” said Stuart Elway, president of the Seattle-based polling company Elway Research. “People were not highly agitated about GMO labeling.”

Let’s dig into the evidence that this vote gives us to suggest that conclusion:

With nearly all the votes counted, I stand by my initial impression that money made all the difference in this vote. I did, however, get the precise amounts wrong: I wrote that opponents spent more than $30 per “No” vote, but more ballots came in than I’d estimated. In fact, they spent just under $25 per vote (that’s $22 million over approximately 890,000 votes). Still, that $22 million is a lot of money — more than has ever been spent before in either opposing or promoting a ballot measure in the history of the state [PDF].

And as soon as the money began to flow, Elway saw a shift in his polling numbers: The measure had a huge 45 percent lead in September. Then the ads began to run, and that lead dropped to 4 percent in October.

“There was a 41 point swing in six weeks, which is unprecedented,” he said. “I’ve been tracking politics in this state for 30 years and I’ve never seen such a big swing in such a short amount of time.”

Among the people who had seen the ads, the measure was losing.

“When we asked them why they were voting no, people were reciting the talking points from the ads back to us,” Elway said.

It’s clear that, in this case, advertising swayed public opinion. But at the same time economists have established that it’s hard to change opinion with political spending. So what gives? Well, there’s an exception to the rule. While it’s nearly impossible for advertising to shift core values — like getting a lifelong Democrat to vote Republican or vice versa — it is possible for advertising to change the mind of someone who hasn’t fully committed. When people haven’t encountered the arguments on each side, those arguments tend to work.

One poll found that 93 percent of Americans favor labeling GM food. But half of the people questioned in that poll weren’t aware that GMOs were already widespread in processed foods — in other words, they were concerned, but brand new to the debate. In previous Washington polls Elway conducted on food safety, GMOs had come in sixth out of six potential problems with the food supply. So, while it’s clear that there’s widespread anxiety about GMOs, it doesn’t seem to be deep-seated.

The low voter turnout is especially remarkable since Washington sends a vote-by-mail ballot to every voter. From one perspective, this means that 55 percent of voters cared so little about GMOs that they ended up throwing out their ballots. Just 22 percent of all registered voters in the state sent in a ballot voting yes on the measure.

But look at it another way: If all the voters in King County, where the measure passed, had turned out, the initiative would probably have passed.

“Low turnout votes do tend to be more conservative,” said David Ammons, communications director for the Washington Secretary of State’s office. And Democrats had shown they were more likely than Republicans to favor the initiative.

In Elway’s October poll, the measure was trailing among people who had voted in all of the last four elections, but it was winning among those who voted less than half the time. All this suggests that a higher voter turnout could have led to the initiative’s passage. Perhaps if more people were motivated to vote by a concurrent presidential election, for instance, they would have checked “Yes” on this initiative a little farther down the ballot.

Perhaps. Or maybe those non-voters would be swayed by the same ads. When California voted on a similar initiative in 2012, during a presidential election, 72 percent [PDF] of registered voters showed up, but the initiative still failed by an infinitesimally wider margin than in Washington.

Either way, it turned out that Washington’s labeling initiative relied on infrequent voters — they favored the proposition 49 to 37 percent, according to Elway — and they couldn’t be bothered to vote this time. GMOs aren’t driving people to the polls. Once again, concern about GM food looks shallow.

Lots of votes came in late. “We did see a general trend toward people keeping their ballots longer,” Ammons said. “I think a lot of people were still studying the GMO issue. There was a lot of media on this, a lot of explanatory journalism. I think there were a lot of people seriously trying to understand if this was the right answer, weighing it, and holding onto their ballots up until Election Day.”

The later voters were more likely to favor the initiative, but Ammons said, “We don’t have a good working hypothesis on that yet.”

He pointed out that later Seattle-area ballots elected a socialist councilmember while also voting down a minimum wage hike. It’s hard to tell what, if anything, can be learned from the timing of the votes.

Advocates in Oregon are already preparing a similar initiative for the 2014 election in that state. If the pattern holds, we’ll see widespread support early on (they’ll have no trouble getting the signatures necessary to put it on the ballot). Then the food industry will wade in and begin buying up advertising slots, and sentiment will shift. In the end, the proposition will lose by a couple of points.

Of course, that pattern could break. Businesses could decide they don’t want to be forking over cash every year to defeat propositions. The seed-company Syngenta, for instance, stayed out of the Washington contest after contributing in California.

But if that pattern holds, I have some advice for labeling advocates: It’s not enough to raise the specter of danger. You’ve already got the populist base, so simple, broadly appealing arguments won’t be sufficient. You’ll need more sophisticated arguments that stand up to scrutiny — the kind of arguments that convince newspaper editorial boards (they almost all advised voting no in Washington) and scientific organizations, rather than alienating them.