6,000 acres of Minneapolis parks have their own police force 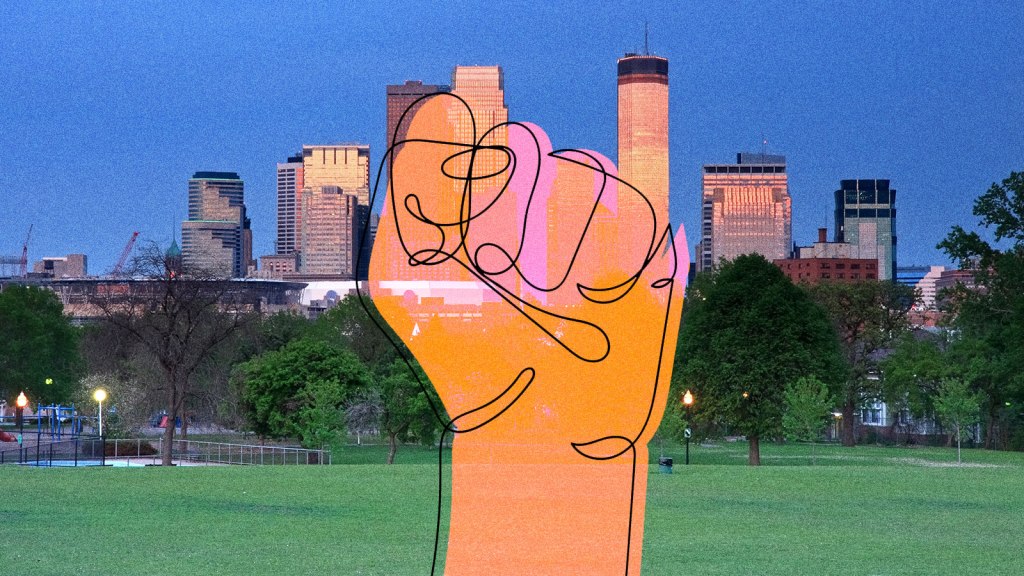 6,000 acres of Minneapolis parks have their own police force

The killing of George Floyd by a Minneapolis police officer in late May sparked a national civil rights movement and drew attention to the reality of racism and police brutality in the City of Lakes, which, despite its progressive reputation, is one of the most racially unequal cities in the country. Now, as calls for defunding police gain traction nationwide, Minneapolis is becoming ground zero for reimagining what public safety might look like without police. But any conversation about defunding or abolishing the police in Minneapolis would be incomplete without a discussion of the Minneapolis parks system, which maintains its very own force of police officers to patrol more than 6,000 acres of park land within the city — one of whom was present at Floyd’s killing.

Police use force against Black residents of Minneapolis at a rate seven times higher than against white residents, and kill Black people at a rate 13 times higher than white people. In response to the protests over Floyd’s killing, the Minneapolis city council passed a resolution to transform public safety in the city, and has proposed an amendment to the city charter that would allow the council to potentially disband the police department entirely and replace it with a new community safety department. But that change wouldn’t affect the Minneapolis park police.

But Minneapolis is also home to some of the nation’s widest racial gaps in homeownership, income, incarceration, wealth, and life expectancy, stemming from a history of structural racism, including racialized housing covenants and discriminatory lending, and the city’s wider racial disparities are reflected in the parks system. The former president of the Minneapolis NAACP once called it “the best parks system for white people” in the country. During the mid-20th century, the most desirable Minneapolis parks were encircled by neighborhoods with racial covenants that excluded anyone nonwhite, and the park board is currently working to close a historical racial and economic gap in parks funding by neighborhood.

“When we’re looking at the parks system it becomes a question of who gets to access the land, and the water, and take up space, who gets to congregate, and who gets to decide,” said Molly Glasgow, a local activist with police abolitionist organization MPD 150.

The park police are technically separate from the Minneapolis Police Department (MPD), but there are plenty of similarities between the two agencies. Like MPD officers, Minneapolis Park Police officers are armed. They train with the MPD and belong to the same union. Accordingly, they are represented by the same union head, Bob Kroll, who has been praised by President Trump and called protesters against police violence “terrorists.” Until recently, park police officers wore similar uniforms and responded to MPD calls for backup, which is why a member of the Minneapolis Park Police was present at Floyd’s killing. In 2018, park police held four Somali-American teens at gunpoint after a bogus 911 call, forcing them to lie face down on the ground. The families lodged a human rights complaint with the city, which resulted in a $160,000 settlement.

“There’s no way to separate park police from the history of policing,” said Glasgow, who pointed out that formalized policing in America “began with slave patrols and local militias capturing Black people who were liberating themselves to freedom.” According to Yordanose Solomone, an environmental justice organizer who has worked with the Black liberation group Black Visions Collective, the park police threaten safety and access for communities of color. “There is a lot of conversation around placemaking and designing equitably … As of right now, our parks are not equitable, are not welcoming for Black and brown people,” said Solomone. “The park is supposed to be a space of leisure and relaxation where you feel like you are infused in green spaces. If the park is providing a different type of feel for brown and Black people, it’s not doing its work. The park police doesn’t need to be there.”

Parks and Power, a local grassroots organization that advocates for racial justice in Minneapolis parks, has been organizing around defunding park police for 12 years. “We’ve talked about the reality of policing and police violence since the inception of Parks and Power,” said Jake Virden, who’s been organizing with Parks and Power since 2009. “It’s such a reality in the lives of Black and brown and working-class people in Minneapolis, and we experience police brutality and surveillance in the parks.”

The park board has recently taken steps that it says will change that. The board voted unanimously on June 3 to end parts of its relationship with the Minneapolis Police Department, blocking MPD from staffing park events and barring park police officers from responding to nonviolent MPD calls. The changes also instituted a new park police uniform, to distinguish them further from the MPD.

Members of the park board described these changes as a meaningful new direction for Minneapolis parks. “It’s become abundantly clear — not only from the actions that the Minneapolis Police Department have perpetrated on communities here in Minneapolis, but that police departments across the country have perpetrated on their citizens — that having police in our parks systems, unless totally necessary, makes a lot of our communities feel unsafe,” Jono Cowgill, president of the park board, told Grist. Al Bangoura, the first Black man to serve as superintendent of the park board, stated in a press release, “I stand in solidarity with those seeking justice as does the Minneapolis Park and Recreation Board. We denounce racism in all forms, and we support and promote justice.”

Activists have applauded the park board vote while also calling for stronger action. Glasgow praised the decision to bar MPD from park events and to prevent park police from responding to MPD calls. “The Minneapolis police has a very racist and dangerous history, so limiting contact with people in our communities at any level, including the level of separating what police respond to what areas, is important,” she said.

A proposal to rename the park police “park rangers” was voted down at the June 3 meeting. Cowgill, who voted against the proposal, explained, “The idea that we would just rebrand our police to differentiate ourselves is a nice step, but just calling ourselves rangers doesn’t mean that suddenly our trained police officers are rangers.”

Virden is also skeptical of such a change. “I’m not into the cosmetic changes,” he said. The underlying issues, Virden said, are “the underlying structures of this armed force that’s legally authorized to use violence against us, and conditions of poverty and oppression and white supremacy … it’s not the color of the uniform or what you call them.”

Like a future without police in general, a future without park police will require a shift in the way Minneapolis residents think about public safety. For Kamisetty, it’s an exciting opportunity. “We all now need to be a part of building, resourcing, and reimagining community-based and community-rooted programs and initiatives that focus on meeting people’s needs and responding with care, de-escalation, and accountability,” she said.