When the former FBI director J. Edgar Hoover was obsessing over the Black Panthers in the late 1960s, he reserved some of his strongest language for the group’s efforts to feed children. With food, Hoover wrote, the Panthers “create an image of civility, assume community control of Negroes, and … fill adolescent children with their insidious poison.”

“J. Edgar Hoover declares the Black Panther Party the greatest threat to the internal security to the United States in 1968, at exactly the moment they turn to providing social services,” historian Donna Murch told me in a recent interview. 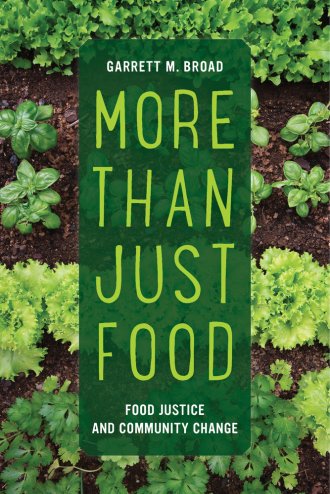 I’d called up Murch because I’d just read about the Black Panther’s history in a new book, More Than Just Food. In it, the academic and activist Garrett Broad argues that food is a powerful tool, but that the food movement has mostly benefited well-to-do white people. Impoverished communities need food movements that rise up from within and champion their own priorities.

Broad takes the Black Panther Party as one of his case studies. He traces the historical line from the Black Panther’s breakfast program to the anti-hunger efforts of an offshoot, Community Services Unlimited, a nonprofit that still operates in Los Angeles, to schools serving breakfast today. The fact that many children can get breakfast at public school may well be thanks to a revolutionary act that brought down the fury of Hoover’s FBI.

To dig deeper into this history, and ask about the lessons it holds for modern food activists, I spoke with Murch, a professor at Rutgers University and the author of Living for the City: Migration, Education and the Rise of the Black Panther Party in Oakland, California. Our interview has been edited and condensed for clarity.

Q. Can you describe the food program in the Black Panther Party?

A. They start the children’s breakfast program in January of 1968. The first one is in a church in the East Bay and there were others all across the country. It was called “survival pending revolution” and it represented a period when they hit a wall in terms of state repression — at that point all the male leadership is either on trial or in exile. They decided to rebuild by connecting with the black community. Feeding children was one of the best ways for the party to revive itself.

But that wasn’t all. They had multiple programs. There were food giveaways in the early ’70s, and [again in 1973] when they run Bobby Seale for [Oakland] mayor and Elaine Brown for city council. So they gave food away as a form of alternate social welfare but also as a way to do party building.

Q. How is food a party-building tool?

A. Well by offering people food you got them to participate in political events. I think there’s actually a picture in my book of this row of grocery bags as far as the eye can see: They are giving away food for a voter-registration drive. That wasn’t new. Long before the Panthers, there were urban political machines that gave away food and material on the same principle.

Q. It’s interesting to me to see that FBI Director J. Edgar Hoover saw the food programs as a threat and political action.

A. Of course the FBI saw it as a political action, it was a political action. They were providing an alternate vision of social welfare. Food means something different to poor people. This isn’t just random food activism. People don’t have enough to eat, and they are providing groceries to people who are malnourished. It shows the weakness of the state. J. Edgar Hoover declares the Black Panther Party the greatest threat to the internal security to the United States in 1968, at exactly the moment they turn to providing social services.

Q. I saw an op-ed written by someone who was a police officer back in the day who was saying that the Black Panther party pressured local businesses to provide this food. Is there evidence of that? 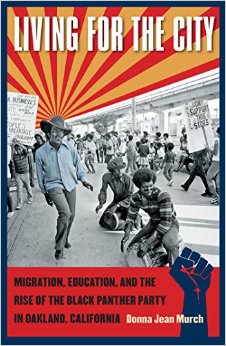 A. It’s complicated. The Panthers expected black business to support their enterprise. They held protests and they boycotted — the picture on the cover of my book is the boycott of one of these businesses. By using boycotts and community pressure they were insisting black businesses support them.

Q. Among the Black Panthers there were those who saw the breakfast program as not revolutionary enough, and you see this same debate today when people say these food programs and charities are too enmeshed in the system. But Broad quotes Huey Newton saying, “You can’t very well drop out of the system without dropping out of the universe.” That is, you need to work with what you’ve got. Is there a lesson from history here?

A. Yeah, reform versus revolution, that’s how it was talked about on the left in the late ’60s. I don’t see the two as opposed to each other. To make long-term structural change, groups often need to fight for immediate, concrete objectives. So, in my view, the “survival pending revolution” programs were a practical and also very powerful way of building connection with the black community. The stance that the Panther’s took of amassing weapons, and doing police patrols and armed confrontation with the state was powerful. It also alienated significant portions of the community. Starting these food giveaways was a way to show that the party was indeed serving the people. In order to have a viable movement, they needed the community to support it. The provision of services and food is a way that all kinds of different entities rationalize their existence.

Q. So, practical reform can be a step toward big changes. Any other lessons from history for people working on food justice?

Q. Looking back at all the surveillance and direct physical threats to the Black Panthers, does it make you worry about the safety of the people in the Black Lives Matter movement? I know police raided the home of one of the BLM leaders in Los Angeles.

A. I’m not as worried about Black Lives Matter as I am for other groups. Black Lives Matter is not a revolutionary organization. But, yes, still. The surveillance and police repression is worse than it was in the 1960s in that it’s a much larger apparatus.