Obama and India’s Prime Minister are meeting this week, but there's a toxic elephant in the room 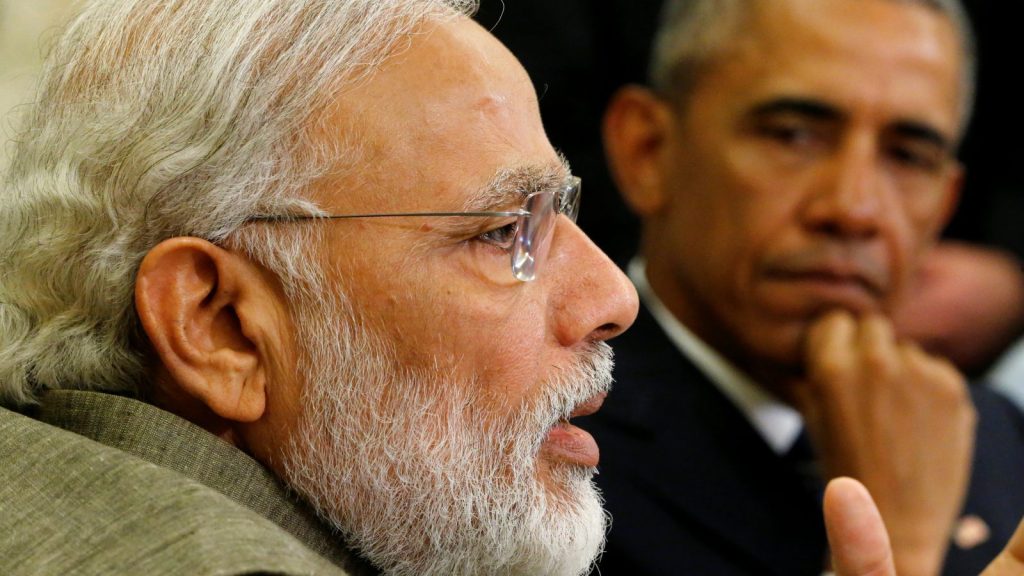 Obama and India’s Prime Minister are meeting this week, but there’s a toxic elephant in the room

President Barack Obama and Indian Prime Minister Narendra Modi met in Washington, D.C., on Tuesday, where they announced new joint partnerships related to climate change, clean energy finance, and nuclear nonproliferation. Among the announcements were commitments to join the Paris Agreement this year, the sale of six U.S.-built nuclear reactors to India, and enhanced cooperation to combat wildlife trafficking.

In 1984, a methyl isocyanate gas leak at a pesticide plant in Bhopal, India, killed nearly 25,000 people. More than a half million suffered injuries from the Union Carbide India Limited (UCIL) plant disaster, which would come to be considered the worst industrial accident of all time. Aquifers in the area are still contaminated by hydrochloric acid.

The task of assigning responsibility for the accident has proven to be a profoundly difficult one. The UCIL plant was majority owned by U.S.-based Union Carbide Corporation (UCC), a chemical company bought by Dow Chemical in 2001. The Indian court proceedings mostly targeted UCC and its chairman, Warren Anderson. After a 1989 civil settlement, neither showed up for criminal proceedings in 1992.

Since then, the United States hasn’t extradited any executives or representatives connected to the disaster for the criminal case, even though India has requested it to do so for more than two decades.

Under the Mutual Legal Assistance Treaty between the two countries, the Department of Justice is supposed to pass along notice to appear in court from the Indian government. It has not. In a letter late last year, DOJ claimed that Dow bought UCC too long after the disaster to warrant answering for the latter’s misdeeds.

Today, UCC is still missing — a “fugitive from justice” in the eyes of India — and Anderson died in 2014 without ever having been extradited.

A new White House petition calls on the Department of Justice to serve Dow Chemical to attend court in Bhopal on July 13 of this year, as requested by the region’s district court. The petition has 50,000 signatures; the White House will be forced to respond if it reaches 100,000.

Campaigners describe nearly every stage of the Bhopal disaster and its aftermath as unjust.

Activist Rachna Dhingra of the Bhopal Group for Information and Action contrasts the standstill action with the U.S. government’s role in securing from British Petroleum (BP) a criminal settlement five times the value of UCC’s civil settlement, despite the Bhopal accident causing almost 2,000 times as many deaths as the Deepwater Horizon disaster.

Justice campaigners are equally critical of the Modi administration, which they claim has shielded Dow’s Indian subsidiaries from criminal proceedings. Last year, the Indian Ministry of Environment and Forest denied a UNEP offer to conduct the first comprehensive contamination assessment of the disaster site. “Assessment is the first and the most important step towards cleanup in Bhopal, but for reasons that he hasn’t cared to explain, the Environment Minister would not accept UNEP’s unprecedented offer,” said Nawab Khan of advocacy group Bhopal Gas Peedit Mahila Purush Sangharsh Morcha.

The critiques come at a time that several other Bhopal cases plod through both countries’ judicial systems. Late last month, the Second Circuit Court of Appeals in New York affirmed an earlier U.S. ruling that found UCC not to be responsible for cleanup costs stemming the accident. In a 2012 decision, a district court judge wrote that after “a discovery expedition worthy of Vasco de Gama, it is clear from the undisputed facts that UCIL, and not UCC, designed and built the actual waste disposal system.”

The legal fallout from Bhopal offers a reminder of the tensions that can underly even the rosiest of bilateral announcements. In Tuesday’s joint statement, the leaders described their countries’ relationship as “rooted in shared values of freedom, democracy, universal human rights, tolerance and pluralism, equal opportunities for all citizens, and rule of law.” If that’s the case, there’s reason to believe securing justice for Bhopal would be higher up on the priority list.