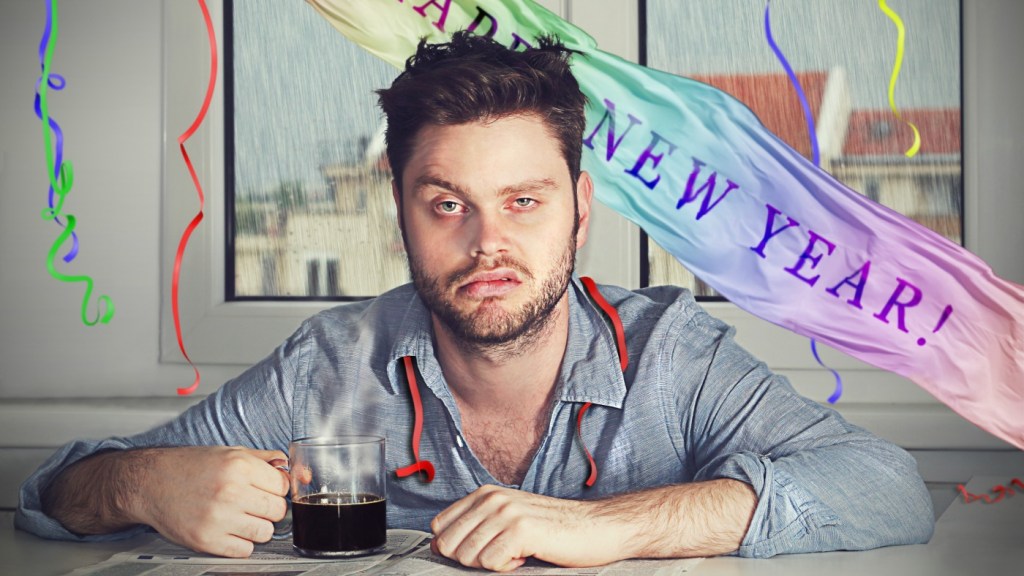 10 resolutions for a guilt-free new year

It’s that time of year again — that hallowed season when we collectively resolve to be better, healthier, happier people … for exactly two weeks, that is, before it’s back to microwave dinners in front of the TV and the gym is but a distant memory and a monthly charge on our credit card bill.

But this year, it’s going to be different. As of this moment, right now, as we hurtle towards the new year at a rate of 24 hours per day, we here at Grist have decided to take our resolutions and our commitment to easing the burden of humanity on our poor planet seriously, and we invite you to join us. Stick with the following New Year’s resolutions, and maybe we’ll greet next year with a better, healthier, happier planet.

Flying one-way from New York to San Francisco has almost the same carbon impact as driving a Hummer there. Of course, we would never endorse such a hideous vehicle, so we advise you to go steerage instead, which is both cheaper and more comfortable than flying coach. No sea between you and your destination? Try hitch-hiking. If John Waters can hitchhike across America and not get murdered, you’ll probably be fine.

According to Daniel Kamman, distinguished professor of energy at the University of California, Berkeley, “the strongest correlate of high greenhouse gas emissions is income, because when you spend more, you consume more.” Always hated the nine-to-five? Here’s your excuse to quit! (Check back later for advice on green divorce.)

You know what’s grosser than eating meat scraped from the grill of your Subaru? Factory farming. Experiment with a little potage du squirrel in the new year!

To quote our dear advice columnist Umbra: “Composting toilets greatly reduce your home water use. Thirty percent or more of the average household’s water gets flushed straight down the conventional toilet — and then there’s the water and energy required to treat the effluent at your local sewage plant. Composting toilets are also zero- or low-electricity, as opposed to another flush alternative, the incinerator toilet.” But now that you’re unemployed, you don’t have the cash for that kind of throne, so bucket it is. You said you were serious about this, right? Here’s your first test.

5. Breastfeed your kids until kindergarten.

Food waste is a huge problem. Instead of giving your children a plate of vegetables that they will neither appreciate nor finish, keep breastfeeding for as long as humanly possible. It’s the least you could do, moms.

6. Bathe with the ones you love.

Americans use an average of 100 gallons of water per day. Stop this madness by co-showering with friends and loved ones. And while you’re at it, giving the stink eye to anyone you see in possession of bottled water is always a public service. More scowling in the new year!

Think about the resources that go into manufacturing the clothes you wear every day — or at least, intend to wear someday. Those Christmas-print socks? That sweater from Aunt Nan with the tags still on it? Those drop-crotch yoga pants that you’re pretty sure would make you look just like Justin Bieber? Stop. If you’re truly committed to being green in in the new year, you need to either quit purchasing new clothes or quit wearing clothes altogether. Your choice.

Dense urban areas are more efficient than suburbs, so move to a city and reclaim those Saturday afternoons once spent on yard work. Alternately, you could move to an eco-village, like this one in North Carolina, but be aware that dreadlocks are mandatory.

SURPRISE! Population growth and climate change are related. There are plenty of children who need families in this world, and frankly, I can’t see anything so special about your DNA that it needs to be passed on, so re-up the birth control and consider adoption.

10. Make a billion dollars, fund a super PAC, and pour money into political candidates who will seriously address climate change.

Despite your constant seasickness, barren womb, lack of employment, sore nipples, and breath that literally smells like roadkill, we’re really going to need you to step it up. Good luck!