6 cute animal friendships that will make you love science 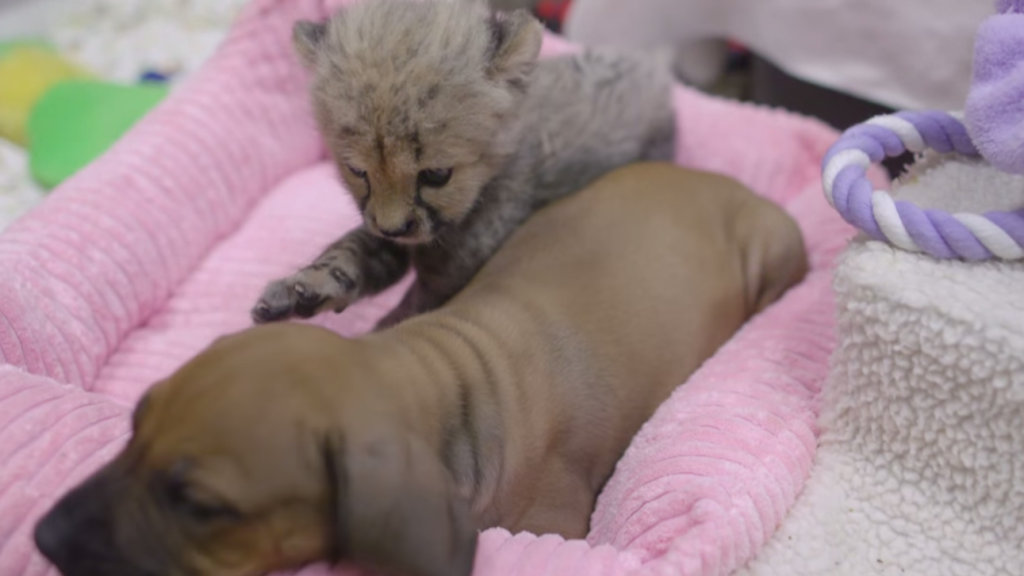 6 cute animal friendships that will make you love science

I knew it. I should have been a scientist — then I could watch all the cute animal friendship videos I want and call it WORK! (I guess, technically, that’s also what I’m doing here #journalism.)

In the New York Times this week, Erica Goode writes about the potential knowledge to be gleaned from a virtual treasure trove of adorable animal friendships, pointing out that “the alliances could add to an understanding of how species communicate, what propels certain animals to connect across species lines, and the degree to which some animals can adopt the behaviors of other species.” Believe it or not, this seems legit:

“There’s no question that studying these relationships can give you some insight into the factors that go into normal relationships,” said Gordon Burghardt, a professor in the departments of psychology and ecology and evolutionary biology at the University of Tennessee, who added that one video he liked to show students was of a small and persistent tortoise tussling over a ball with a Jack Russell terrier.

You’re right, Dr. Burghardt, that is a good one. On that note, here are our favorite animal buddy videos and what we think science can learn from them:

1. This one where the elephant and the dog are chill bros

Hypothesis: Elephants never forget how much you mean to them.

Bubbles and Bella (I know, I know, it’s TOO CUTE) became friends when they learned to play in the water together. And while we might not know anything definitive from the anecdotal, if adorable, evidence of one bomb elephant and his canine pal, we can definitely see hints of some kind of symbiotic relationship. Unlike the partnerships between animals in the wild — such as groupers and moray eels, who often hunt together to catch more food — these wacky friendships seem to have no value other than pure social bliss.

2. This one where the seal is not that chill, still a bro

Hypothesis: Seals are the dogs of the sea, sometimes more than actual dogs.

It’s cute! But are they really friends? Anthropologist Barbara King proposed some criteria for assessing friendships between other species: It must be “sustained for some period of time; there must be mutuality, with both of the animals engaged in the interaction; and some sort of accommodation must take place in the service of the relationship, whether a modification in behavior or in communication.”

Sorry, Lucille. That dog can pant on the beach with or without you.

3. This very happy dog and his chill iguana buddy

Hypothesis: A dog will befriend literally anything.

After all, with a few millennia of practice dealing with humans, these domesticated wolves are old pros when it comes to communicating across the species barrier.

4. That time the giant gorilla and tiny kitten became best friends, and we cried about it.

Hypothesis: Gorillas are cat people by and large; orangutans, on the other hand, prefer dogs.

Humans aren’t the only animals to have pets. Koko — the gorilla who famously set out to that anything we could do, she could do better — added “having adorable kittens” to a list that already included “communicate with other apes” and “hang out with celebrities.”

5. This clumsy cheetah cub learning to play nice with a wrinkly puppy

Even if we don’t learn too much about the social psychology of the Great Cats, we could stand to learn something about ourselves from all this animania. As ecologist Mark Bekoff of the University of Colorado, Boulder, told the New York Times, “People are really craving to be ‘re-wilded … They’re craving to be reconnected to nature, and it’s these odd examples that are really seductive.”

6. The time this Scottish cat watched over a herd of baby sheep.

Hypothesis: Bodacious, cat shepherd extraordinaire, possesses all the necessary traits to be a social media superstar. (Oh, wait, we’ve already confirmed that one.)

If you’ve learned anything today, I hope it’s that humans — yes, scientists are people too — have a near-infinite capacity for “squeeee!”