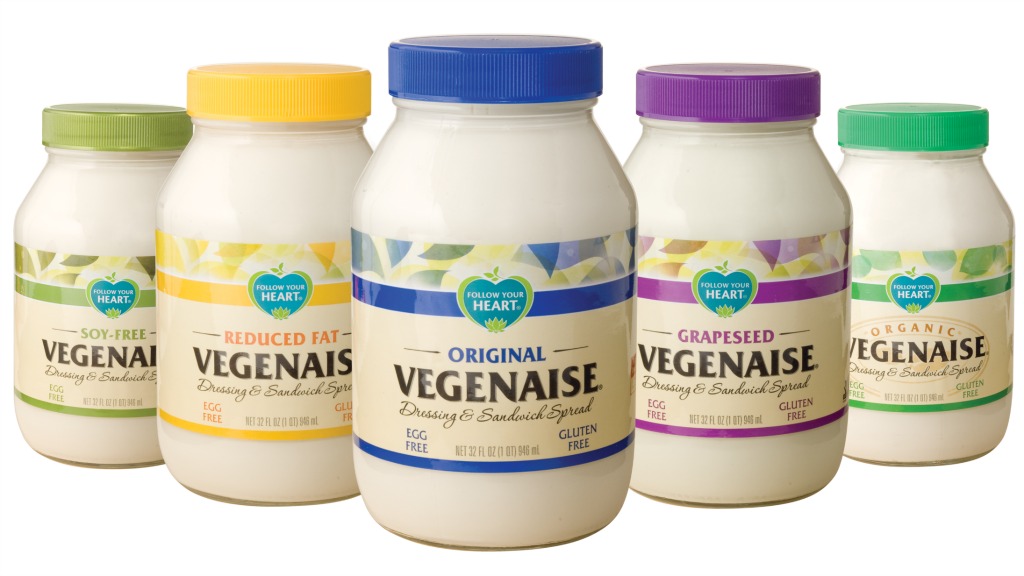 Why eat Vegenaise if you aren’t a vegan? Mayo can be enough of a culinary risk of its own (we try not to think about it too much). Well, apparently Vegenaise is AWESOME. So swears Slate writer Katherine Goldstein in the slightly hyperbolically titled “The Most Incredible Condiment You Probably Aren’t Using”:

The flavor was much lighter than regular mayo, and had a pleasing balance of flavors that made regular Hellmann’s taste both too sweet and too sour by comparison. Vegenaise’s texture is pleasantly smooth and airy, and much less goopy than store-bought mayo.

Did we mention that it’s made with solar power and is totally GMO-free? And it comes in fancy flavors like pesto, roasted garlic, and BBQ? OK, this is sounding pretty good …

As I tried it on a range of foods … slowly but surely, I realized its motto was right. Vegenaise, shockingly, tastes better than mayo. As an added bonus, it has less saturated fat and cholesterol than the regular stuff. And while many meat substitutes have ingredient lists that read like a science experiment, Vegenaise actually has no additives or preservatives.

Lest you discount Goldstein as a freak Vegenaise evangelist, she force-fed 15 coworkers the stuff, and 12 of them preferred it to regular mayo. (Then again, this IS the site that still publishes Emily Yoffe, so there’s no accounting for taste.)

There’s only one way to find out if Vegenaise is actually better than mayonnaise, as its tagline claims: Try it. Hey, that’s a way better New Year’s resolution than going to the gym, right?