Marvel Comics is releasing a run of 15 awesome New York City-themed variant covers highlighting their heroes’ city-living adventures. To be completely upfront, the “variant cover” is the comic book industry’s most blatant paean to unsustainable consumption: The publisher makes two covers of the same book so you buy one to read, and then the variant to encase in plastic and horde for your grandchildren to throw away when they’re cleaning out your overstuffed storage unit.

City living, however, is an act of heroism worth celebrating. Living in New York can be a hassle, what with Prince Namor flooding the place on the regular, bi-weekly alien invasions, and the like — plus, rent is outrageous. But there are plenty of great reasons for your average superhero or villain to live in the Big Apple.

Say you’re Peter Parker, for instance. You and Mary Jane are as fertile as Irish rabbits, she’s knocked up again and you want a yard for the Spider-Kids and there are great deals on single-family units in Long Island. Sounds perfect — until the Green Goblin strikes and you’re stuck in traffic on the L.I.E. Or what if you’re coming in from Hoboken and the evil governor of New Jersey is in league with the Sinister Six? It might sound far-fetched, but one call to his minions at the George Washington Bridge and you’ll be four hours late to the climactic fight scene. Consider Batman, even: The Batcave is 14 miles from Gotham City, and if there’s crime at rush hour — well, forget it.

That’s why Daredevil never left Hell’s Kitchen — because living where you work, after all, is a significant contributor to quality of life. 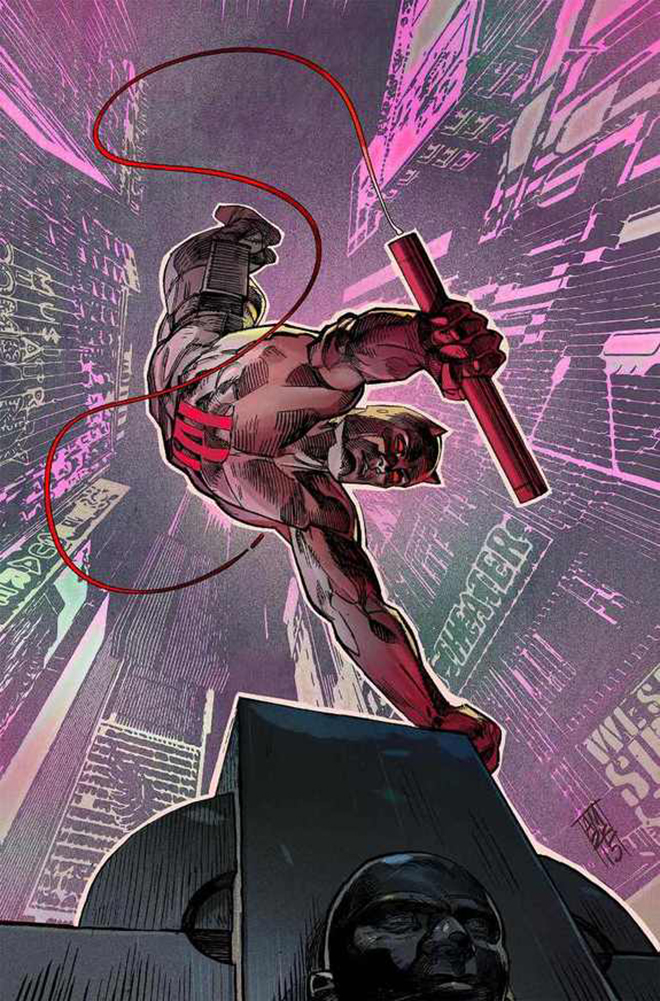 I’m sure The Hulk is annoyed that he’s forced to drink tiny soft drinks, but there’s so much more to life in the Big Apple — like taking advantage of green public spaces! I’m not sure that guy should be sunbathing, though — he’s already soaked up enough radiation. That said, I am curious to see how green tans. 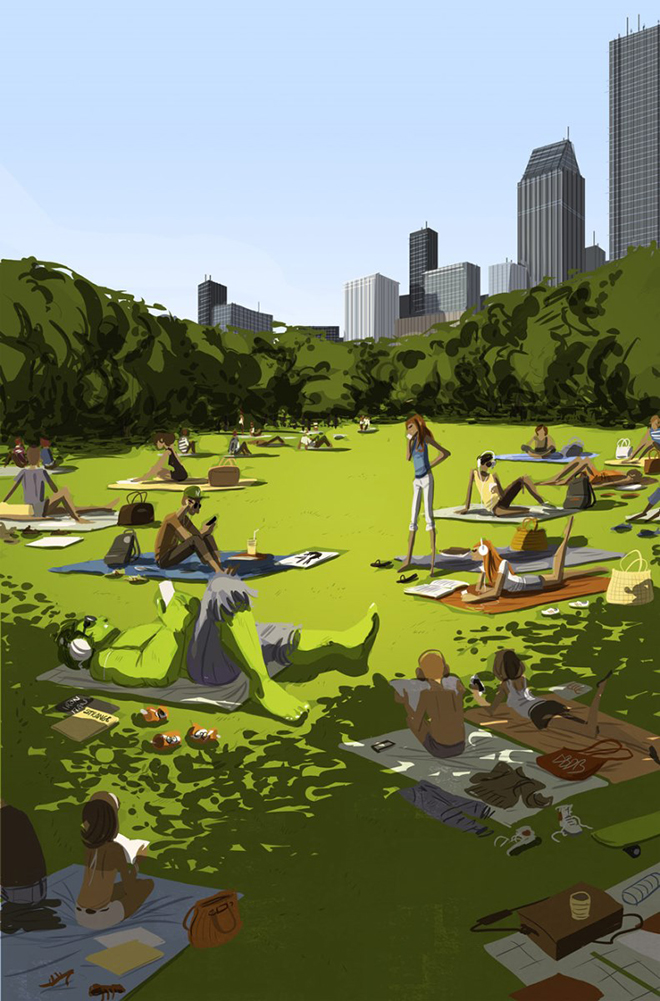 And sure, you can fight crime in the suburbs of Morristown, N.J., but sometimes Hank Pym just really wants a New York City hot dog – regardless of the fact that a quarter-inch tall dude crawling around a hot dog cart sounds like a serious health code violation. 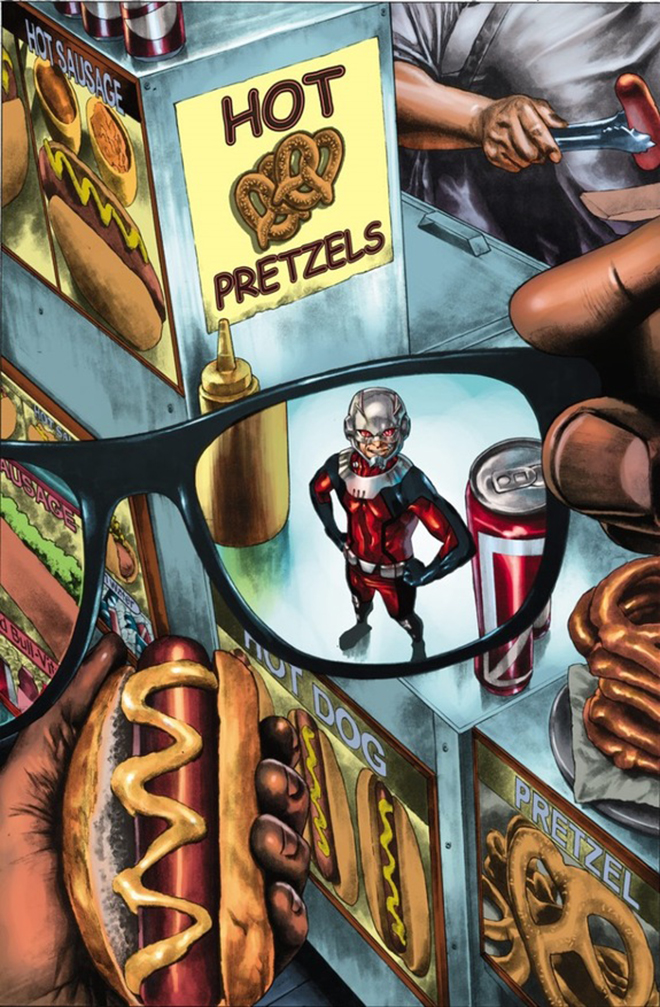 Kudos to Marvel for trumpeting the fun side of city livin’! And remember, every superhero in Brooklyn means one less Batmobile.