Meet the latest threat to your community: Miniature libraries 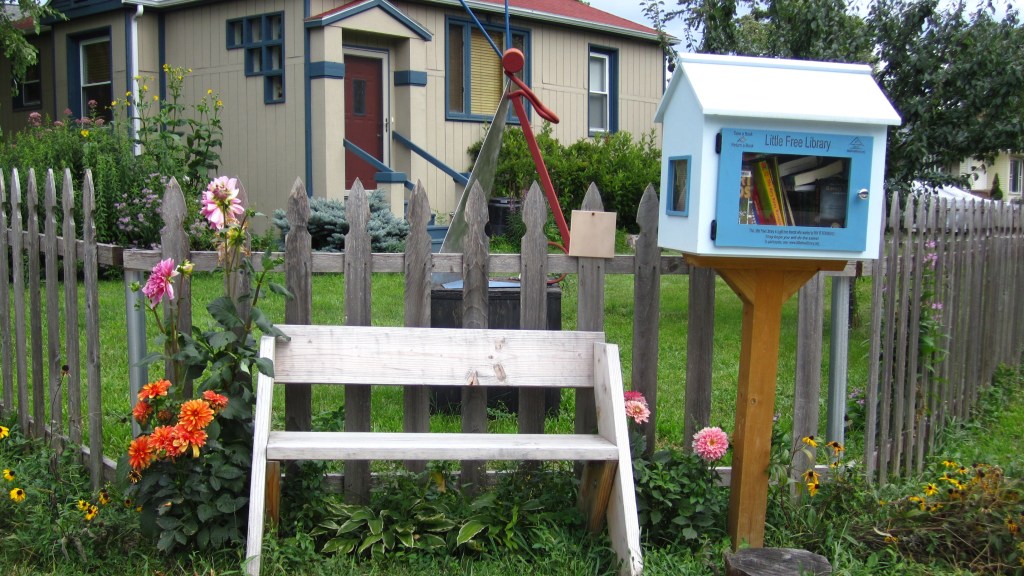 Meet the latest threat to your community: Miniature libraries

As soon as I finish the last season of Parks and Rec, I’m hoping to turn a pile of dusty two-by-fours lying in my basement into a Little Free Library. In my neighborhood in Seattle, these adorable book-lending birdhouses liven up almost every other block. Whenever I see one — even if I’m mid-run rocking out to Nicki Minaj — I stop, I look, and I smile up at the sky thinking, “God, I love this city.”

Little Free Libraries give you that kind of feeling — they just do. And after beginning only three years ago in a small Wisconsin town, they now connect book lovers on every continent save Antarctica. But, because we can never have nice things, there’s now a movement calling for increased government regulation of the construction of Little Free Libraries. Some anti-LFL activists have gone as far as to call for their removal. Here’s more from CityLab:

Last summer in Kansas, a 9-year-old [Spencer Collins] was loving his Little Free Library until at least two residents proved that some people will complain about anything no matter how harmless and city officials pushed the boundaries of literal-mindedness:

The Leawood City Council said it had received a couple of complaints about Spencer Collins’ Little Free Library. They dubbed it an “illegal detached structure” and told the Collins’ they would face a fine if they did not remove the Little Free Library from their yard by June 19.

The complaining residents then seized the lollipop from between the 9-year-old’s lips, threw it on the ground, and whispered, “Santa Claus isn’t real, and you’re adopted,” before exiting the city council building.

Just kidding. Fortunately, a few days after, the city council amended an ordinance to allow people to put up libraries in town.

But some cities do have ordinances and zoning laws that prevent, or at least discourage, building these little libraries. Some cities’ officials regulate Little Free Libraries to make sure they don’t block emergency vehicle access, obstruct motorists’ views, impede pedestrians, or interfere with car-door opening. From CityLab:

We’ve constructed communities where one must obtain prior permission from agents of the state before freely sharing books with one’s neighbors! And their proposed solution is to get scarce public art funds to pay for the needless layer of bureaucracy being imposed on the thing already being done for free.

The power to require permits is the power to prevent something from ever existing. This lovely movement would’ve never begun or spread if everyone who wanted to build a Little Free Library recognized a need to apply and pay for a permit. Instead they did good and asked permission never.

The Little Free Library website recommends abiding by the rules to avoid getting in trouble with your local government. I recommend reading more books and being less of a grump.

Update: We asked for your photos of Little Free Libraries and got a big response. From libraries made out of recycled bikes to stained glass decor, check out some of our favorites.