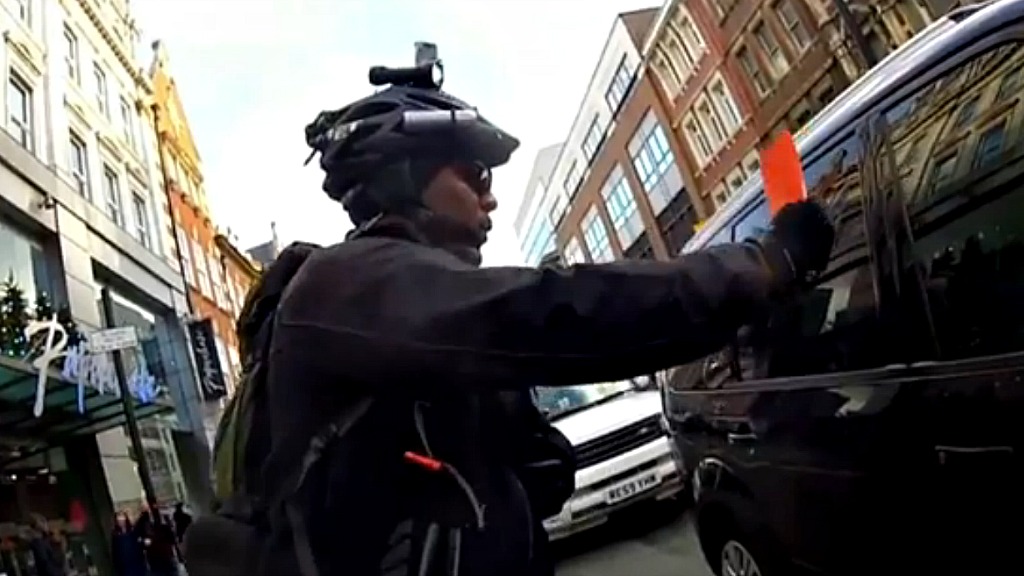 If Bruce Wayne eschewed the Batmobile for a bike, Lewis Dediare might be the result. He patrols the streets of London in black lycra, on the lookout for cars endangering cyclists. With seven cameras on his helmet and bike, Dediare is “Traffic Droid,” keeping his Gotham safe for others on two wheels.

Traffic Droid was born after Dediare was hit by a car while biking in 2009. Explains the Daily Mail:

The 39-year-old carries a ruler to measure how his [sic] distance from cars, before bellowing into the car window to admonish the driver and showing them a “red card.” He then uploads his footage to YouTube and Twitter, and will often hand it over to traffic companies and police so the drivers can be further punished.

According to Traffic Droid, the cops issue some 200 warnings to drivers each year on account of his actions, and multiple drivers have been prosecuted. He’s featured in a British documentary called The Complainers, which aired earlier this week in the U.K.:

That’s WAY better than shooting a web outta your wrists or smashing things with a giant hammer!