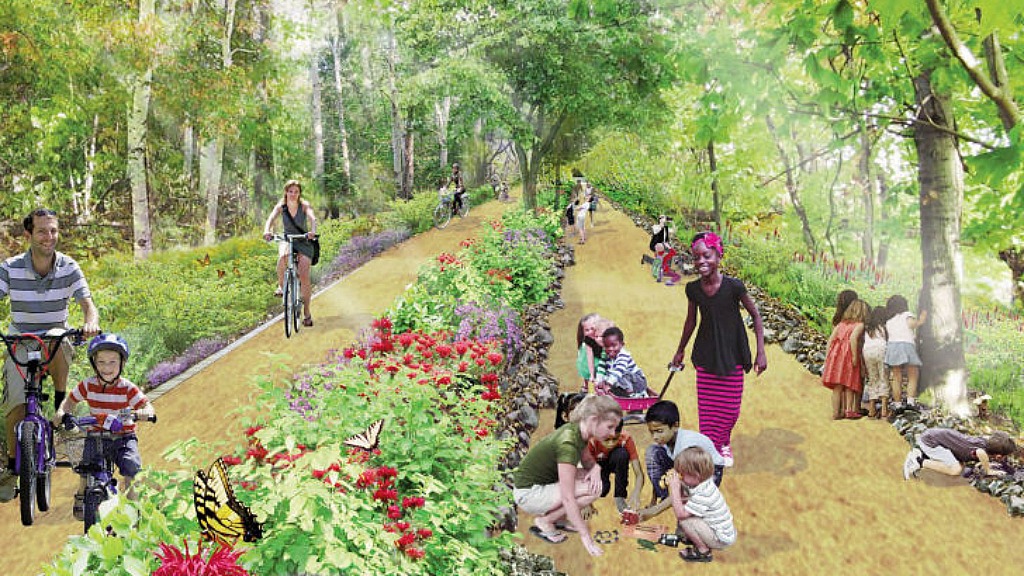 Queens residents are lobbying for 3.5 miles of a former train line to get new life as a tricked-out public park, complete with ziplines, ping-pong tables, and “a giant slide that would wrap around an old railway tower.” (The former LIRR Rockaway Beach Branch hasn’t been used since 1962; it’s a mess of litter right now.) Calling themselves Friends of the QueensWay, the group led a community workshop this week to share their vision.

A sunken pedestrian path would be flanked with trees, and one entrance would have space for a dog park or community events. Designers also proposed a shopping area, canopy walk, and a kids’ adventure playground. More mundane perks like bike paths would be present too. Friends of the QueensWay says the park would boost local business, improve the quality of life, and connect different cultures. (Presumably, it would connect them with a zipline.)

Not everybody is so jazzed:

Inhabitat spoke with one Forest Hills resident who shared his complete apathy for the project. “I think it is naïve,” Richard Taub said. “No one is going to be able to maintain it; they haven’t considered the traffic, the sanitation issues, or the parking.”

…Instead of seeing money go to waste on a project like the QueensWay, Taub says the group [should] spend it where it could actually be useful like towards NYC schools.

Sure, a giant slide can’t teach you algebra, but at least you’re learning about gravity, right?