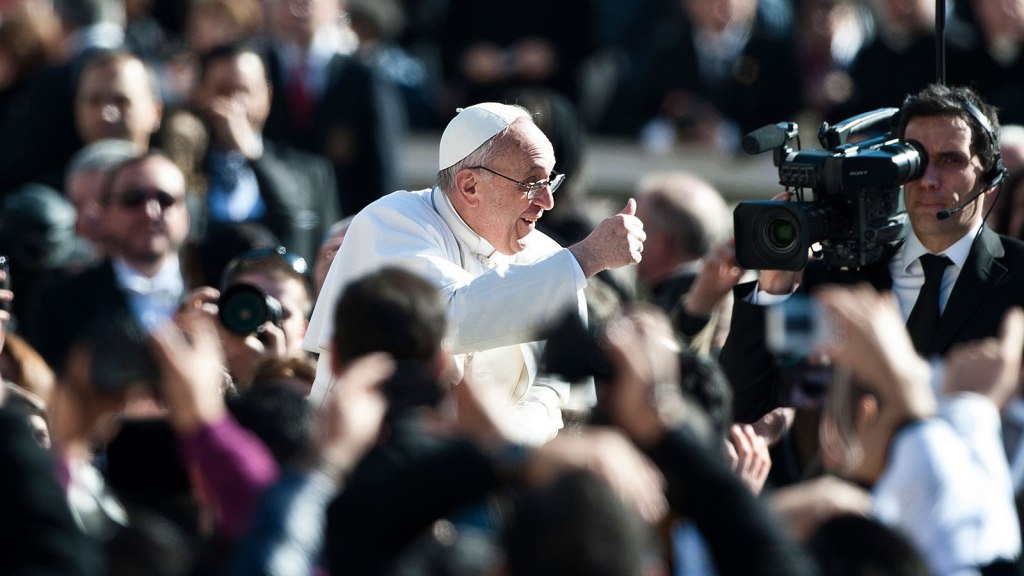 Pope Francis, a.k.a. the Ultimate Chill Dude Pope of All Time (UCDPAT), has been a publicity dream for the Catholic Church. Even on Grist, we’ve sung his praises for his love of public transit and calls to action regarding climate change. There’s just one little area, however, where ol’ UCDPAT’s climate action plan leaves a lot to be desired: contraception.

The draft document from the 2014 Synod on the Family (which comes to an end on Sunday) includes a significant reworking of the language used to address homosexuality, premarital cohabitation, and divorce. Let’s be clear: This is no small deal! That the Church would begin to make moves around welcoming gay, unmarried, and no-longer-married couples (for the record, that covers about 95 percent of the couples I know) into the Catholic community represents an enormous — and positive — step forward.

But guess what? When it comes to women, and the control that they can have over their own bodies, not much has changed.

There are only two paragraphs (53 and 54) from the Synod draft document that deal with contraception. I will sum them up for you: Natural birth control methods (cycle-tracking, etc.) are OK, if you must. Everything else (read: the most effective methods) is not.

The issue, of course, is that any school of thought that places such emphasis on unfettered procreation is inherently at odds with the fact that a growing population has climate implications. Odd, then, for a Pope who shows all sorts of tendencies toward climate hawkishness, to refuse to address a major Catholic tenet that really could have a meaningful impact on emissions.

But there’s so much more at stake here: Not allowing women to take ownership of their own bodies is pretty much the surest way to imperil their physical health — each year, 100,000 women die in childbirth after having unplanned pregnancies, and 46,000 die in the course of undergoing unsafe abortions — and financial security. The refusal to address a woman’s need for contraception — especially while reforming other long-held and socially detrimental Catholic attitudes in the spirit of catching up with modern lifestyles — is mind-boggling.

Last year, Katha Pollitt wrote a great piece for The Nation about Pope Francis’ — and the Church’s — approach to gender equality, and made an excellent point regarding how the Catholic stance on birth control can have life-or-death implications for women:

I honor the way Catholic activists have fought the death penalty in the United States, but it is a fact that exponentially more women die because of lack of access to birth control and abortion globally than do prisoners in the execution chamber. In numerous countries where the Catholic Church is powerful—Nicaragua, El Salvador, Chile, the Philippines—the death penalty does not exist, and abortion is banned even to preserve the woman’s life: a serial killer is at less risk of death from the state than a pregnant woman.

Some might argue: Why do we care what the Church says? In the United States, 98 percent of sexually active Catholic women report having used a form of contraception at some point in their lives anyway. Well, it’s an organization with a lot of influence, and that figure doesn’t begin to paint a picture of Catholic women using contraception consistently and effectively. There are 1.1 billion Catholics in the world, and at least half of those are in parts of the world where things that we can take for granted in the U.S. (e.g. prenatal care, widespread access to at least some forms of contraception) are not as easy to come by.

Is the Catholic Church starting to join the rest of us in the 21st century when it comes to climate change mitigation? Until it begins to meaningfully rethink its attitude toward contraception, the answer is definitively no. But hey! For the sake of women everywhere, I’ll still pray for it to catch up.