As you may have heard, members of Congress have launched an investigation into EPA’s “collusion” with the Natural Resources Defense Council in the development the agency’s new carbon rules for power plants. Specifically, the investigation is being undertaken by Sen. David Vitter (R-La.), best known for having sex with prostitutes while wearing diapers, and Rep. Darrell Issa (R-Calif.), best known for stealing cars. These guys are sick of ethically dubious conduct, y’all.

(Vitter’s the senior Republican on the Senate Environment and Public Works Committee and Issa heads the clown show that is the House Committee for Oversight and Government Reform.) 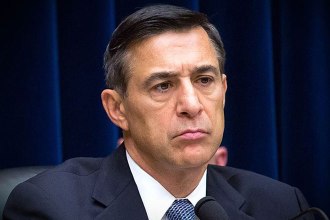 Much has already been written about the letter Vitter and Issa sent to EPA and NRDC, which verges on self-parody. It is filled with dark insinuation but bereft of evidence; it stops short of claiming any law-breaking but insists that there’s something improper about the fact that EPA met with NRDC several times and drew on its ideas when developing regulations. The lawmakers call this relationship, which is utterly standard between rulemaking agencies and nonprofits in D.C. and has been for decades, “collusion.” Of course, EPA met with some 300 groups, including dozens from industry, in addition to holding public hearings attended by more than 2,700 people, but the relationship with NRDC, Vitter and Issa say, was “far cozier.” This is all, as NRDC has pointed out, absurd. 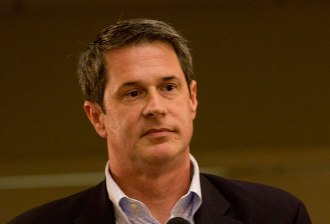 Vitter has been leaking emails exchanged between EPA and NRDC a few at a time, each time repeating the ominous insinuations, desperately trying to keep this “scandal” in the news, but the emails themselves are almost hilariously bland. “Thanks for meeting with us.” “Look forward to working with you.” Cozy, I tell you! Cozy!

As far as substance, what happened is this: EPA was looking for a way to reduce carbon from power plants at low cost. NRDC came up with one — a really good one! So EPA took the idea, modified (which is to say, weakened) it considerably, and implemented it. That’s it. Really. There’s nothing more. It’s just dumb — see Leber, Benen, or Chait for more mockery.

What’s notable to me is less the details of the investigation itself than what it says about how Washington works these days. Republicans started launching serial investigations back when Clinton was president. Remember that? Whitewater? The travel office? Vince Foster? The completely off-his-rocker Dan Burton, who used to head Issa’s committee? Republicans were crazy back then too, but those investigations were high-profile and, to a limited extent, effective. Some of them drew blood; hell, they got to impeach Clinton! It was habit-forming.

So the minute Obama entered office, they started again. But Obama hasn’t obliged them with any real scandals. So it’s been one strenuously pumped-up fake scandal after another: Benghazi, Fast & Furious, Solyndra, the IRS thing, on and on. They spend taxpayer money on endless show trials. They work overtime to create the atmospherics of scandal, explicitly to damage Obama’s approval rating. Investigations of the president have become less a reaction to events than simply part of Republicans strategy, a matter of habit, politics as usual.

Republican no longer need any more than an apple. Once they wave it around, the institutions of modern Washington creak into gear. Congressman makes charges; agency and group deny charges; media reports charges and counter-charges. Congressman waits a few weeks, leaks another email, repeats charges, agency and group repeat denials, media reports the exchange. People in the right-wing bubble believe that there’s another scandal. The rest of the public more or less ignores it except as one more bit of friction, one more sign that politics isn’t working.

The machine has been built and it no longer needs fuel, no longer needs actual evidence of misconduct, to run. It’s now a perpetual motion machine, just part of the background noise in Washington. Nobody seems inclined to rethink their role in what is now an almost entirely pro forma set of rituals. It just runs and runs, wasting time and money, alienating the public, giving journalists something to do, sucking up the time and energy of liberal activists.

It’s just an apple. But we all play our roles anyway. And so it goes.