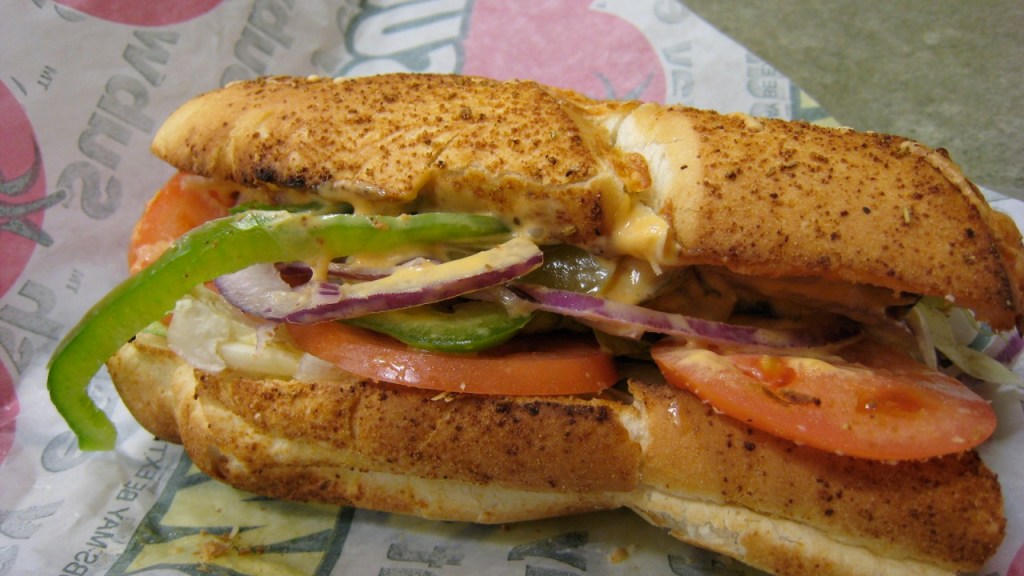 We’ve always thought that most fast-food bread, wherever it was from, tasted rubbery. And it turns out that’s on the right track: Two years ago food blogger Vani Hari started researching Subway’s bread ingredients and discovered that one was a chemical used in yoga mats.

Hari said she was shocked to find azodicarbonamide, a plastic-based additive, on Subways’ food labeling.

The World Health Organization has linked this chemical additive to respiratory issues, allergies and asthma, and it is banned in Europe and Australia. Azodicarbonamide is legal in the United States and Canada.

“It helps … produce the air within the foam of a yoga mat,” said Hari. “It does the same thing for bread.”

Neat! Unless, uh, you are putting this into your body — which, given the popularity and widespread takeover of Subway, many, many Americans are.

Hari didn’t feel great about all those people eating plastic. So she got more than 57,000 signatures on a petition, sent it to Subway, and now the chain is saying it’ll take that ingredient out. It’s not clear what they’ll use instead, but this is one of those cases where, because Europe has stricter environmental and health regulations, the chain already has a recipe somewhere for azodicarbonamide-free bread. Given that it’s European, we’ll hoping it’ll taste more like crunchy baguettes than floppy Subway rolls.