Sudsed: The FDA steps down a long road toward banning antibacterial hand soap 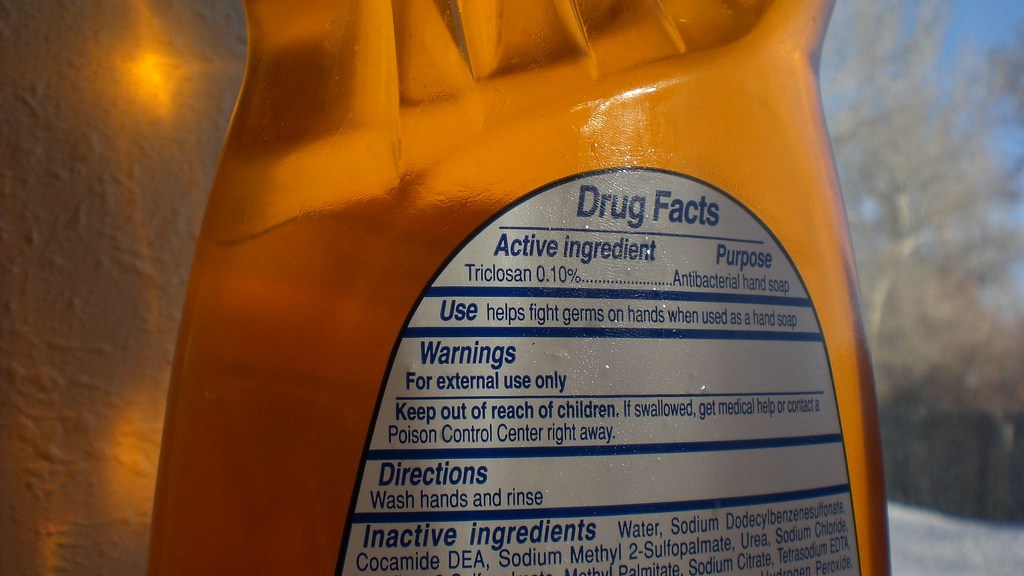 Sudsed: The FDA steps down a long road toward banning antibacterial hand soap

Earlier this month I wrote about the upcoming FDA monograph on triclosan, that plucky little disco-era chlorinated aromatic compound whose antifungal and antibacterial properties made it the hottest additive around for anyone afraid of germs/decay. Were you a seller of hand soap or toothpaste, looking to make your product seem even more awesome by saying that it was “antibacterial” rather than just regular “soap” and “toothpaste?” Add triclosan. Were you selling something that you didn’t want mold to grow on, like a mattress, or makeup, or a cutting board? Add triclosan to it.

Now, after years of pressure from activists, scientists, lawyers, and some combinations of the above, last Monday the FDA introduced a proposal that could lead to a ban not only on triclosan, but also on all 22 antiseptic ingredients in the same category — which means all antibacterial hand soaps, period. Only hospitals and medical clinics would be exempt. Bad news for germophobes, and companies that were hoping that they could just switch out triclosan with benzalkonium chloride; good news for people worried about antibiotic-resistant bacteria.

The FDA’s announcement that it’s working closely with the EPA while it evaluates information is also encouraging, since the EPA regulates the use of triclosan in things that you don’t habitually rub all over your body, like wood flooring, or carpet, but which could still get triclosan inside you anyway.

If you’d like to weigh in on the debate, feel free to go here and click on the “Submit Comment” button. The comment period will end June 16, 2014. After that, there will be a lot of back-and-forthing between the FDA and parties deeply interested in making and selling antibacterial hand soap; then the FDA will release its final monograph (a set of guidelines and rules for people making antibacterial hand soap) three years from now, on December of 2016.

Triclosan was not the worst chemical to have floating around in your body, but scientific research carried out in the years after its introduction in the ’70s concluded that it did not appear to be the best, either. Wastewater treatment couldn’t keep it out of the water supply. It began to show up in odd places, like inside bottlenose dolphins. Over the years, studies showed that it was no more effective at keeping people healthy than just washing your hands with plain old boring soap and water. Also, by killing off certain kinds of bacteria, it was opening up lots of territory for antibiotic resistant bacteria to reproduce.

Activism against triclosan took many forms. There were consumer education campaigns and boycotts, which were useful only to people with the leisure time and motivation to read about a gripping topic like potentially dangerous hand soap additives. Politicians made statements that maybe someone should pay attention to it. What finally tipped the balance was a lawsuit, by the Natural Resources Defense Council, that forced the FDA to take the information it had been gathering about triclosan since 1978 and release it as a monograph, or set of standards that companies that wanted to use it would have to follow. A few companies have already started reformulating their products in advance of a possible FDA ruling; others, who have built their companies on the promise of being antibacterial, are expected to dig in their heels and fight it.

This is a small case, and may not seem like much in light of the enormous environmental problems bearing down on the planet. But it’s also a useful one to remember: Environmental battles unfold on many fronts, and sometimes they take a really long time. When they succeed, though, they can provide unexpectedly broad benefits. When the EPA forced gasoline manufacturers to phase out leaded gasoline in the ’70s, for example, we knew lead wasn’t great for you and gasoline was spreading a lot of it around. But in the years since, other effects of the phase-out have surfaced — including the possibility that it lowered the national crime rate.

Not that hand soap is making us kill each other, but still — this is some good news, and a reminder not to lose hope in the slog that trying to make the world a healthier place can sometimes be.