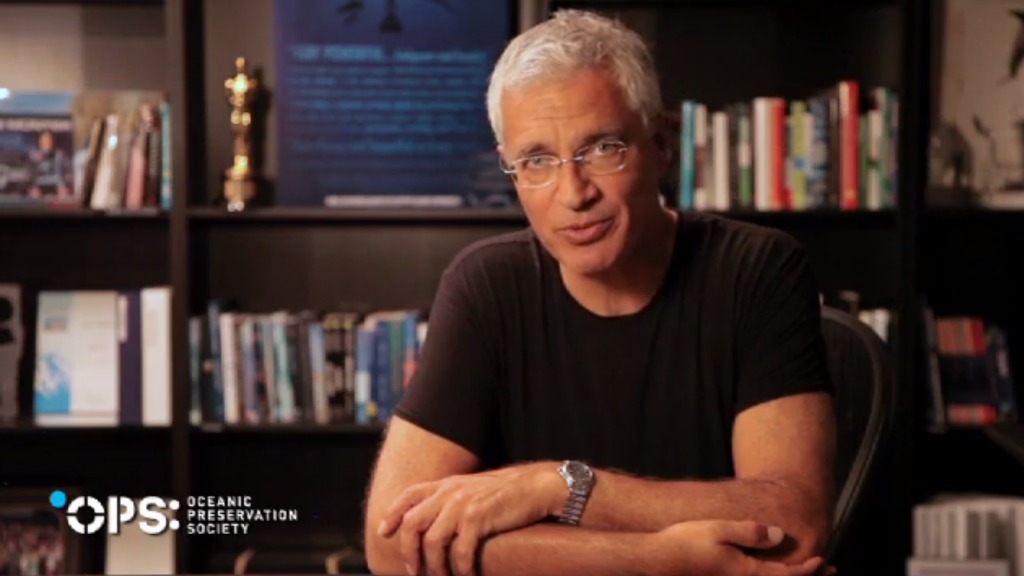 The Cove won 2010’s Best Documentary Oscar, helped halve the number of dolphins and porpoises killed in Japan, and arguably laid the groundwork for popular SeaWorld expose Blackfish (which in a just world would be this year’s Best Doc). Now The Cove’s director, Louie Psihoyos, is back with a new film he promises is even better.

“The Cove was just a warm-up act for a much, much more ambitious project,” Psihoyos said in the Kickstarter video for the new documentary (code-named The Heist). “We’re taking on the biggest threat humanity has ever faced: mass extinction of species.”

We’re curious to see his team’s take on mass extinction — it’s not exactly the most personal or provocative topic on people’s minds (compared to, say, fracking, GMOs, the Koch brothers, school lunches, etc.). Yet in a recent interview with Ecorazzi, Psihoyos promised that the film is equal parts heart-tugging and Ocean’s 11-style spy thriller:

The film is a result of watching too many Jacques Cousteau specials and James Bond movies. The opening scene feels like a Bond opening …

We just screened a rough cut of the first 75% of the film for a big festival — I shouldn’t say which one yet, but there wasn’t a dry eye in the house. Let’s just say the ending will be spectacular, like nothing that’s ever been done before.

Exciting yet super vague! The film is currently in post-production — cross your fingers that it comes out this year.