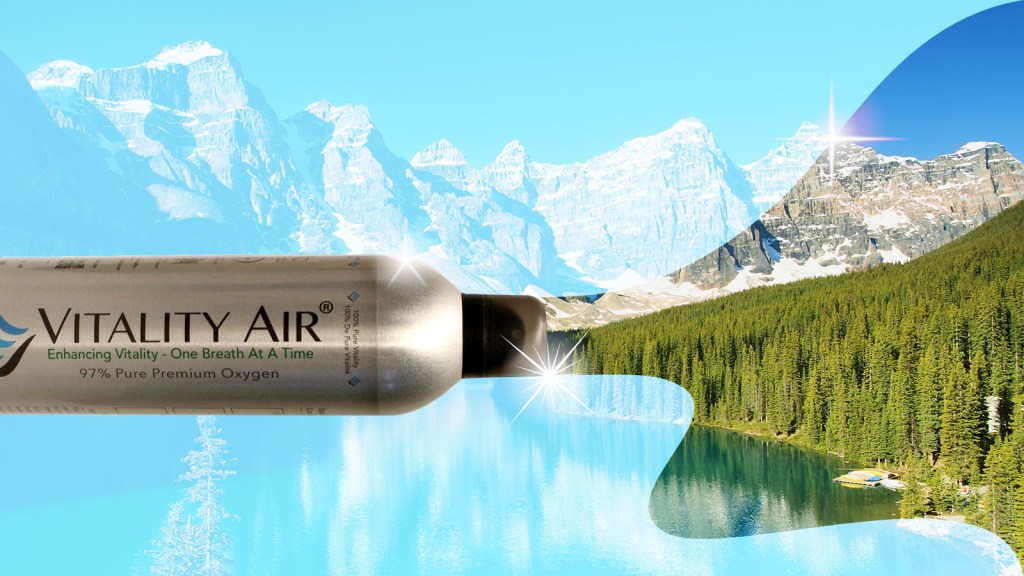 After recently being duped by a non-existent climate change realtor, my guard against fake businesses is permanently up. So when I heard about a company selling bottled air, I assumed it was a conceptual art project, a commentary on the state of global air quality. But, no. It’s real. (At least, I’m pretty sure it is — Donald “I Will Build A Great Wall” Trump is leading the polls. Who even knows what’s real anymore.)

Vitality Air, a Canadian start-up, markets two products: The first, Premium Oxygen, is a canister of 97 percent pure oxygen, and it’s not that weird. People have been selling “pure” oxygen for years, both in travel containers and at oxygen bars. Proponents of “oxygen therapy” say it reduces stress, boosts energy, and increases concentration. It’s also, according to Vitality Air, good for hangovers. “Using shots of oxygen from start to finish during your night of hard partying prevents the hangover before it even happens,” reads their website. Talk about a wingman.

Teresa Brown, a distributor of Premium Oxygen, told me she discovered the product while suffering from altitude sickness in Steamboat Springs, Colo. “It saved my life,” she said. I don’t know if you can actually die from altitude sickness at 6,000 feet, but Brown certainly swears by the product for its many other uses, too. She says it’s good for athletes seeking a quick recovery and anyone with that post-lunch slump at the office. “Say it’s two o’clock and you’re ready to go home but you’ve still got three more hours,” Brown said. “Take a hit of that. It wakes you up, gives you energy.”

The second product Vitality Air sells is a bit less … conventional. Fresh Clean Air is air harvested, for lack of a better term, from the Canadian Rockies, and it comes in two flavors, Banff and Lake Louise. The product description for Banff bottled air reads: “In the setting of Banff National park in Alberta, Canada, we have painstakingly distilled and bottled the air in this pristine UNESCO World Heritage Site using our patented filtration technique. The air is collected over days, concentrating the essence of where it was captured.”

And how do they capture this air? Vitality says they use a patented compression system, but I’m imaging something a little more like this:

However it works, there seems to be a market: CNN reports that Vitality’s first shipment to China sold out in two weeks. And you can probably see why: Bejing recently issued China’s first “red alert” for pollution, and photos of the city make it look like the inside of a coal plant.

“As much as it started out as a novelty idea,” Vitality cofounder Moses Lam told Vice, “with the really bad smog they’ve had in Beijing, we’re finding people are buying it as more than just a novelty, but for everyday use. There’s been quite a demand.”

Lam hopes that bottled air will be the next bottled water — to which we say, dear god, no. There’s enough waste on this planet at it is. But if you’re still interested, it’ll cost you: Canisters of Fresh Clean Air start out at $14 plus shipping and handling.