This guy found and restored the world’s oldest subway tunnel, and New York City took it back 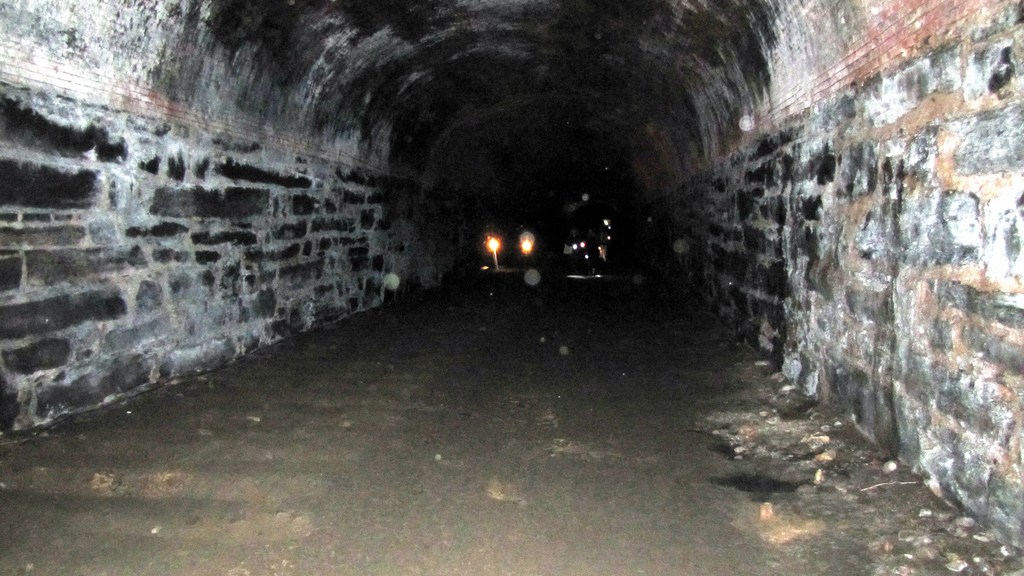 This guy found and restored the world’s oldest subway tunnel, and New York City took it back

At the Verge, Adrianne Jeffries tells the sad story of Bob Diamond, who rediscovered the world’s oldest subway tunnel, in 1980, when he was 20 years old. Brooklyn’s Atlantic Avenue tunnel had been sealed in 1861 and then the city sort of … lost track of it.

But Diamond figured out where it was and made a career out of giving tours:

He’d lug three plastic orange barricades out to the middle of Atlantic Avenue, pry off the manhole cover with a crowbar, and steady a thin ladder into the narrow shaft, the only entrance to the tunnel. Tourists would line up in the middle of the busy road, descending one by one into a tight passageway. It led to an Alice in Wonderland-sized doorway that opened up on a large staircase, built by Diamond and his colleagues in the ‘80s. The stairs lead down into a massive, spooky hall that is 2,570 feet long, 21 feet wide, and 17 feet tall.

Diamond had great ambitions for tunnel, Jeffries writes, including restoring the passageway, running a trolley through it, and excavating the 177-year-old steam locomotive that’s almost definitely buried at one end.

But in 2010, the city shut the tours down, revoking Diamond’s contract for use of the tunnel. (Couldn’t possibly have to do with the fact that there’s a Trader Joe’s at that intersection now, where in 1980 there were just abandoned buildings.) Diamond sued for access, but didn’t get far. Last year, the city welded the manhole shut. And New York got a little less awesome.