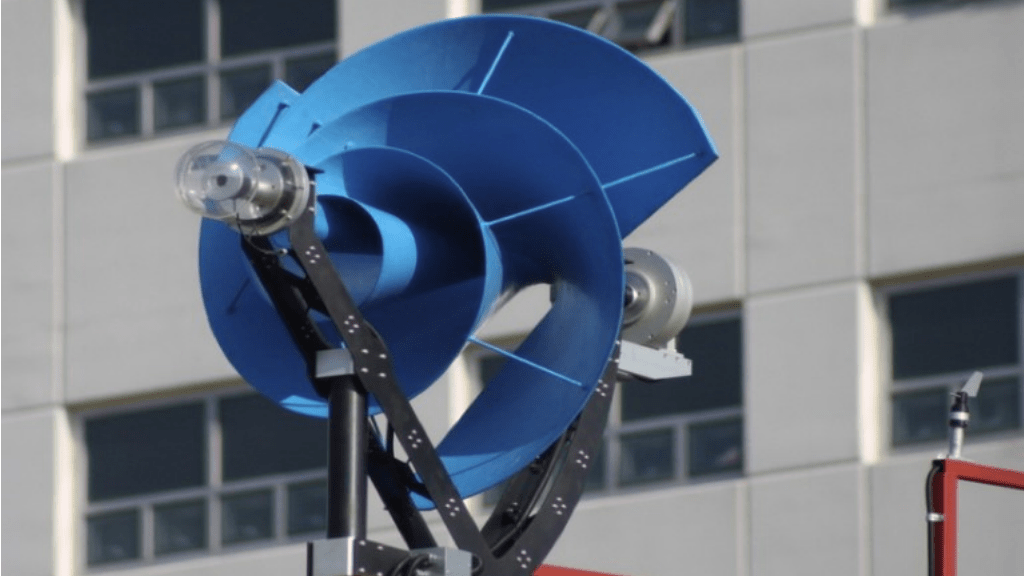 The nautilus shell took time off from fitness-namesake duty to inspire The Liam F1 Urban Wind Turbine, which we are renaming The Not-So-Little Turbine That Could. Dutch firm The Archimedes designed the swirl-shaped windmill to be way quieter and more efficient than others (plus, it’s blue!). The firm says the turbine can generate 80 percent of the maximum possible energy yield, a big jump from the typical 25 to 50 percent. Hot damn.

PSFK thinks it’ll be great for your apartment, but at five feet wide, it might not exactly fit on your Brooklyn fire escape. At least the noise won’t wake you up in the middle of the night, which is one of the big drawbacks of most residential wind turbines/randy apartment neighbors.

Here are the Liam’s specs:

The Liam F1 generates an average of 1,500 kilowatt-hours of energy [per year] at a wind-speed of 5 m/s [16.4 ft/s], which resembles half of the power consumption of a common household.

If you feel like spending 8 minutes looking at wind turbines (bonus: set to the Pirates of the Caribbean theme song!), there’s also this: