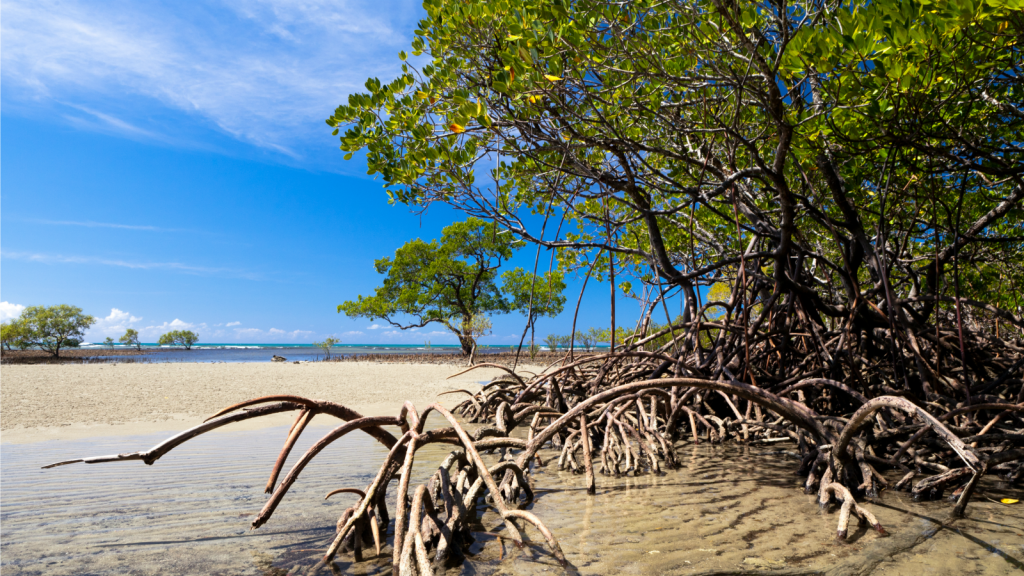 “G’day, mate!” is not something you want to say to Australia’s mangroves right now. And that’s not just because trees can’t speak to humans. It’s because they recently experienced their worst devastation in recorded history.

Aerial surveys reveal that the mangrove die-off spans more than 400 miles in the Gulf of Carpentaria along Australia’s northern coast, ABC reports. Mangroves — trees and shrubs that grow along the coast where the tide comes in — were already stressed out thanks to erratic rainfall and warming temperatures caused by climate change, and El Niño was the final straw.

It’s just one more way things are not looking bright Down Under. This year, massive coral bleaching killed off nearly a quarter of the Great Barrier Reef’s corals, and last week, we found 90 percent of kelp forests had been wiped out on Australia’s western coast.

Mangroves play a vital role in coastal ecosystems. They protect shorelines from erosion, shelter coral reefs, filter water that runs into the ocean, and are home to many fish species. Some affected mangroves areas may transition to salt pans — the ocean equivalent of a desert.

Mangroves, we’re going to miss you and your groovy intertidal moves.