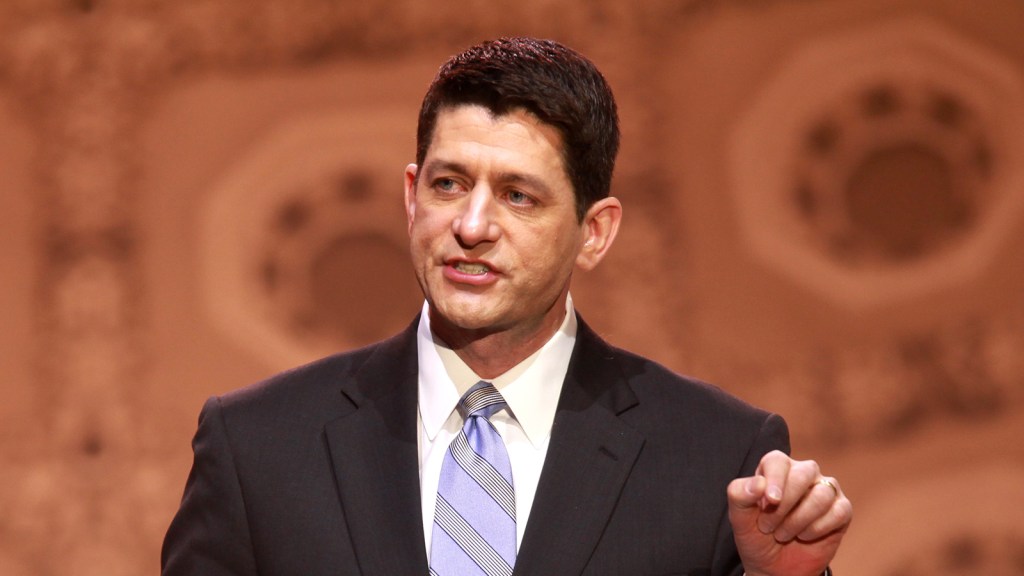 Remember Rep. Paul Ryan (R-Wis.), the Very Serious Person? Before he was his party’s nominee for vice president, and his extreme ideology became more widely understood, Ryan was the Washington media establishment’s favorite Republican. In 2011, Time magazine named him a runner-up for Person of the Year, crediting his “hard work … and possibly suicidal guts” with making him “the most influential American politician.” Ryan had built up this mythology by releasing his “Roadmap” to a balanced budget, which won accolades for wrestling with projected deficits. In truth, his plan consisted mostly of lazy hand-waving gestures about spending cuts. You can say future Congresses must cut discretionary domestic spending by some huge amount, but you’re not really showing courage unless you’re actually in office when the cuts take place, turning down cries for help from your constituents. Meanwhile, Ryan proposed big regressive tax cuts, and his most concrete proposals to limit spending would do so by ending the healthcare guarantees of Medicare and Medicaid.

Well, Ryan is still chair of the House Budget Committee, and he is trying to rebuild his brand. Whatever his goal — replace retiring Ways and Means Chair David Camp (R-Mich.), become speaker of the House, or run for president in 2016 — Ryan wants to be considered politically brave and fiscally responsible. Recently he’s even been talking about poverty. But his new “Path to Prosperity” budget blueprint for fiscal year 2015, released on Tuesday, is mostly a rehash of his old ideas. And like every Ryan budget, it’s full of right-wing hobbyhorses that would do untold damage to the environment.

Here are the five main ways Ryan’s plan would increase pollution, accelerate global warming, despoil public lands, and stymie Americans’ efforts to get out of their cars.

While Ryan’s budget will never pass a Democratic Senate or be signed by a Democratic president, House Republicans have voted overwhelmingly to pass his budgets in the past. It is therefore a sign of what Republicans would do if they controlled the Senate and White House.

But there is one reason to be reassured: Ryan’s policies would be enormously unpopular if enacted. “You can’t run the basic government people want at these spending levels,” says Scott Slesinger, legislative director of the Natural Resources Defense Council. Remember the hysteria over closed national monuments during the federal government shutdown last year? Republicans know cutting spending on national parks wouldn’t be popular. That’s why they tried to blame Obama for the result of their own intransigence during the shutdown. If they were in charge, they’d probably chicken out on a lot of Ryan’s extreme proposals, or face electoral consequences.