Fight the funk: This woman's fight against garbage fumes became a national crusade 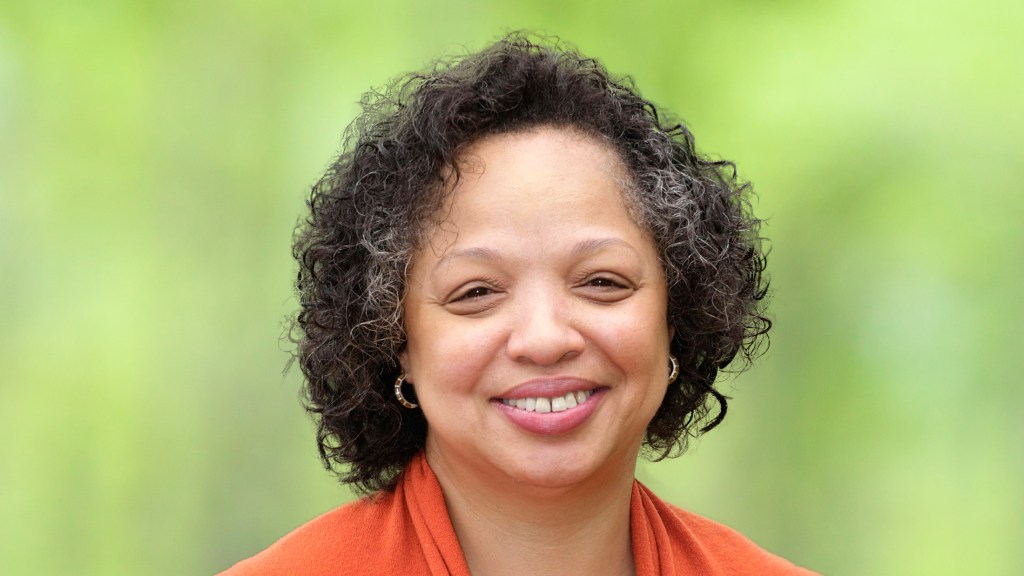 Fight the funk: This woman’s fight against garbage fumes became a national crusade

Some time around 1986, Vernice Miller-Travis was in her home in West Harlem watching her favorite movie, Claudine, when she noticed something familiar. In the movie, James Earl Jones’ character, Roop, a New York City sanitation worker, is at the end of his daily garbage run and his truck is headed to the transfer station. That station — the Marine Transfer Station on the Hudson River — was right near Miller-Travis’ house on 135th St. Along with the North River Sewage Treatment Center, also near her home, it was the reason she and her neighbors smelled an unmistakable funk all day in their community.

Miller-Travis’ research at the time on environmental racism, for the seminal 1987 report, “Toxic Waste and Race in the United States,” helped her connect the dots between the odors from those plants and the extraordinary asthma rates within her community. So she and her friends Peggy Shepard and Chuck Sutton began organizing residents to address these problems. This birthed the organization called West Harlem Environmental Action (WEACT) and a successful grassroots campaign that forced the city to install pollution controls on the garbage plants to reduce the noxious emissions. It’s considered one of the premiere victories in the short history of the environmental justice movement.

Miller-Travis went on to help draft the “Principles of Environmental Justice” at the National People of Color Environmental Leadership Summit in 1991. Her later work for the Ford Foundation helped bolster the movement with more research and financial heft. Today, she’s an urban planner, working as a senior associate for the Virginia-based environmental design and consulting firm Skeo Solutions. She also serves as vice-chair of Maryland’s Commission on Environmental Justice and Sustainable Communities. Her research and policy fingerprints are all over every major environmental justice deed and creed, from the executive order signed by President Bill Clinton 20 years ago, to EPA’s Plan EJ 2014, a roadmap for instilling justice principles throughout all of the agency’s programs and policies.

I caught up with Miller-Travis to discuss some of the history she helped make possible, as well as her current work, as part of my series commemorating the 20th anniversary of Clinton’s executive order. (Read more here, here, and here.)

Q. Did you think that the environmental justice movement would still be in effect today, decades after you started that organizing work in Harlem?

A. I didn’t. WEACT just celebrated its 25th anniversary in October and we never thought we would be in existence this long.

[The EJ movement lasting this long] really is the expression of how you measure the impact that we’ve had. Has all of this effort led to structural change, or a tremendous improvement in the quality of people’s lives? It depends on where you are. Look at West Harlem, where I’m from. We were living with a sewage treatment plant that treated 180 million gallons of raw sewage and wastewater a day, with no pollution control devices on the plant. They hadn’t intended to install any, either. So we were smelling raw sewage every day, all day in our homes. That is not the case anymore.

We consider ourselves direct descendents of the civil rights movement, and we have borrowed directly from their framework: Grassroots mobilization; of course, fearlessness; public policy; litigation, education; writing and telling our stories. We shaped it to fit our realities. We have lost a lot of advocates along the way. They weren’t shot by the Klan. They died of cancer, kidney disease, or other things that folks shouldn’t be dying of at the level we are these days.

A. The basic principles of the founding of the country are about exploitation of land, people, and labor. We are still caught up in this mindset that undergirds capitalism, which is that everything can be exploited for financial benefit. Many [people of color] have been struggling against that construct since we got here. That’s the battle that we’re in.

Q. Let’s talk about an issue that’s playing out today, in Maryland, where you live: the garbage incinerator the state is looking to build as a waste-to-energy project in an already pollution-overburdened area in Baltimore.

A. This is a struggle we’ve been having with the Maryland Department of Environment: How come you keep giving permits for facilities to operate and emit air pollution in the same geographic locations? At what point have they reached the point of saturation? The local community says they reached it years ago, but MDE keeps permitting facilities there.

Well, that conversation is part of a bigger conversation, which is, how do you integrate EJ concepts and constructs into the permitting process at a state agency or at the federal government? EPA has taken a deep dive on this issue [through its Plan EJ 2014 process], but EPA only issues 4 percent of all environmental permits in this nation. Most permits are issued by state agencies or tribal governments. The real fight is with state agencies.

You can do waste to energy, if you’re doing a total capture, where there’s no emissions from your facility and you’re taking energy from what you burn and recycling that back to the grid — a total closed loop system. But that’s not what they’re talking about for this facility. This one will have ambient emissions. It’s blocks from a school, in the middle of a densely populated community that already has a number of polluting facilities.

Q. Many environmental justice advocates I speak with say that EJ groups struggle to find funding and resources, and blame foundations and philanthropists for failing to support them. Can you talk about your experiences working with the Ford Foundation?

A. I was tasked [at Ford] with the goal of growing the grassroots environmental justice movement, and to deal with these issues head-on from a research and public policy standpoint. We looked at the interconnectedness of racial discrimination and environmental policy. A group of us started doing joint fundraising around human rights and that was some really fruitful and productive work.

Then some people were brought [to Ford] later who were hostile to EJ and the concept that there was a clear racial basis in the environmental and development work being done in the U.S. They also didn’t believe that race was a critical component of why these communities were in the terrible state they were in, or that racial justice would have to be part of the answer for making a difference in their lives. Everyday I was trying to make them understand that race is everything, it is the foundation of these issues, and were it not for racial discrimination these communities would be a whole hell of a lot better off.

I spent a long time doing that research. I know it’s a fact that race operates independently of class and all the other social variables that make people live in disproportionately impacted environmental circumstances. That’s what the independently verified data taken from EPA’s own database proved. Plus, I’m from Harlem. I didn’t need to look at anybody else’s research. I lived with it every single day.

Q. Sounds like you experienced a lot of frustration in your career, and yet here you still are today, doing the work.

A. Because if we’re not at that table, then these communities — nobody will talk about them. Nobody will know about them, and [government regulators] will not think twice about making decisions that will adversely impact people’s lives. If we’re there, at least we can shine a spotlight on it. We can’t just keep giving permits for facilities that are otherwise creating havoc for people who live in close proximity.

EJ issues become a concern to [environmentalists] when they think there’s some utility for them in advancing EJ concerns. Otherwise, these communities are invisible. So that’s why I continue to serve on the state commission, to try to broaden the conversation of who is an environmentalist and who gets to set the agenda.