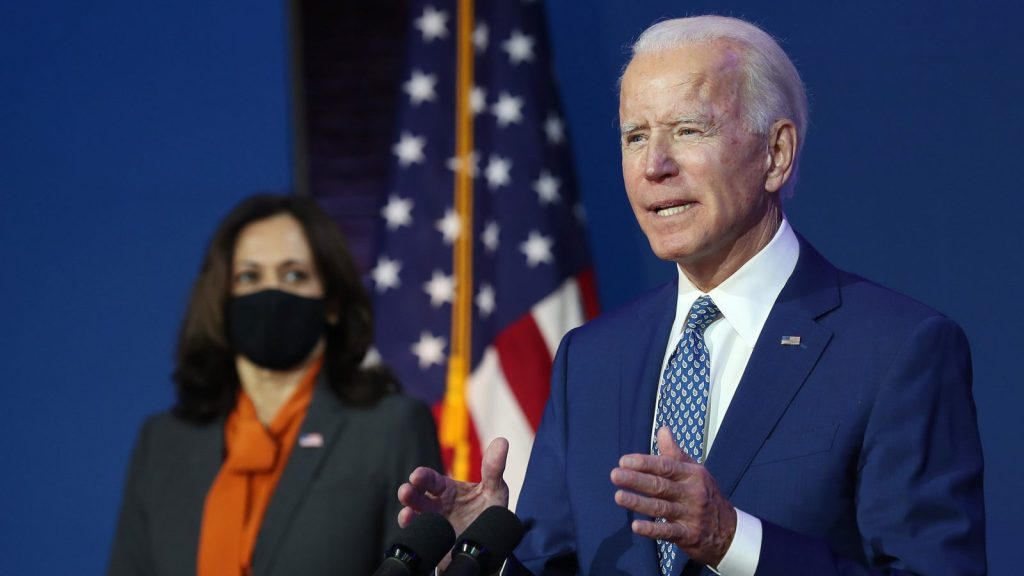 Meet the experts handling Biden’s transition to the White House

A day after the presidential election last week, when major news networks had not yet declared a winner, Joe Biden and Kamala Harris went live with a joint presidential transition website. For four days, the website sat empty. On Sunday, after President-elect Biden claimed victory, the website was updated to include details on four major policy areas: COVID-19, economic recovery, racial equity, and climate change.

According to the website, the president-elect will invest in nine areas across the climate space: infrastructure, the auto industry, transit, the power sector, buildings, housing, innovation, agriculture and conservation, and environmental justice. The agenda points to several goals a Biden-Harris administration will try to accomplish in the service of bringing down emissions, creating jobs, shoring up infrastructure, and more. Those include providing every American city of 100,000 or more people with zero-emissions public transit options, incentivizing the construction of 1.5 million sustainable homes and housing units, plugging abandoned oil and gas wells, and creating a million new jobs in the auto industry.

As is often the case with transition agendas and the presidents-elect who brandish them, Biden’s interim policy plan was light on details. But the picture started to come into focus on Tuesday. In a press release, the transition team announced key members of a series of “agency review teams” (ARTs). These teams, the release reads, “are responsible for evaluating the operations of the federal agencies so that the incoming Biden-Harris administration is prepared to lead our country on Day One.”

The Department of the Interior team, for example, includes Maggie Thomas, a former presidential campaign staffer for Jay Inslee and Elizabeth Warren and a member of the climate policy group Evergreen Action. That team is helmed by Kevin Washburn, former assistant secretary for Indian affairs under Barack Obama and currently a law professor at the University of Iowa. The Environmental Protection Agency team, led by Patrice Simms, an environmental attorney at Earthjustice, includes folks from the Harvard Environmental and Energy Law Program and the Sierra Club, among others.

The mix of scientists, academics, and former Obama officials in these agency review teams is important. There has been an exodus of career scientists across the federal government under President Trump; Biden clearly aims to reverse that trend. But more importantly, Biden will likely have to grapple with a Republican-controlled Senate once he takes office, and it’s unlikely that Senate Majority Leader Mitch McConnell will take up climate legislation. Biden will have to try to get around that by doing what President Obama did when he had a divided Congress: lean hard on executive orders. The ARTs will help him maximize the potential of executive action. Not only does Biden have experts at the ready to prep federal agencies for his imminent arrival once the General Services Administration certifies his win, some of the members of these teams may eventually get hired to the federal agencies they’re currently reviewing for Biden. With experts in control of federal science agencies again, it’ll be easier for the federal government to deliver on Biden’s executive agenda.

Grist Fix director Lisa Garcia is a volunteer member of the Biden-Harris Transition’s Environmental Protection Agency review team. Garcia’s work both at Grist and for the transition is unrelated to the work of Grist’s editorial team and journalism.