Climate-hawk senator is "very disappointed" in Obama on Arctic drilling 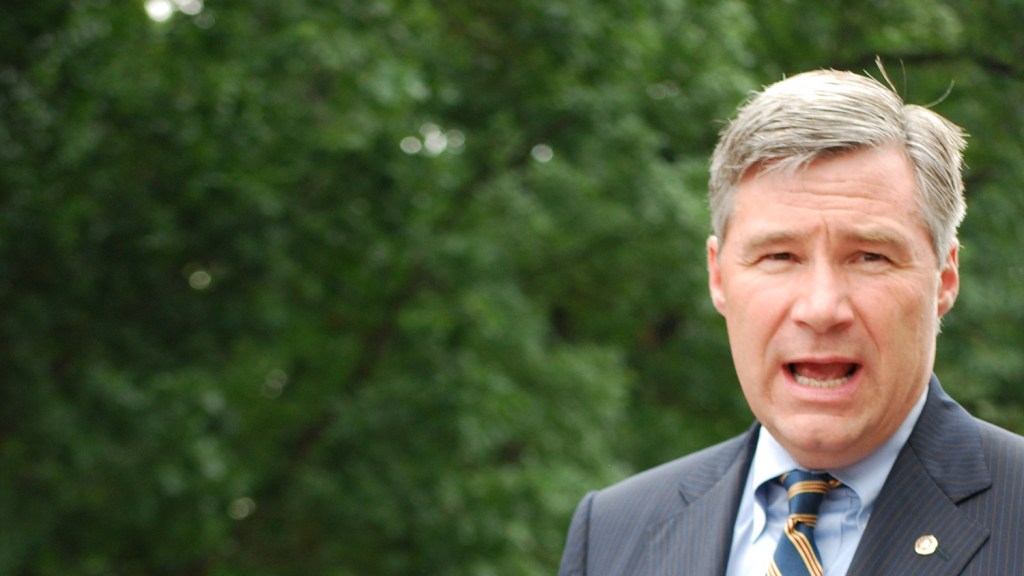 Climate-hawk senator is “very disappointed” in Obama on Arctic drilling

“I’m very disappointed in his decision to consider Atlantic oil drilling,” he continued. “You know, he blows hot and cold. There were years when the White House wouldn’t even use the words climate change. They abandoned [then-House Speaker] Nancy Pelosi after she passed a cap-and-trade bill [in 2009] and never encouraged anything being done in the Senate, so that whole effort fell apart after the work was done, the hard part. There are times when they can be just incredibly frustrating.”

Still, Whitehouse is encouraged by other moves from the Obama administration: “What we’ve seen in the last couple of years has been a really, really persistent effort on the EPA existing power plant rule, a really determined effort by John Kerry on the international front. I’m confident that they’re going to chuck the Keystone pipeline, which would be a very good signal. And even back while they were being quiet on climate they did put in the new CAFE standards, which will have a significant climate effect. So, there are very mixed messages. And the Arctic drilling and the Atlantic drilling has mixed it again. As the old saying goes, ‘When they’re good, they’re very, very good …’”

Whitehouse himself has been very good on elevating the profile of climate change. In the last three years, he has given 100 speeches about global warming on the Senate floor. He’s traveled around the country to hear from different communities about how they’re being affected by climate change. Last week, he introduced a carbon tax bill along with Sen. Brian Schatz (D-Hawaii), another climate leader in the Senate. To invite bipartisan support, they chose to debut the legislation at the offices of the American Enterprise Institute, a conservative think tank that’s been somewhat open to the idea of carbon taxes.

We caught up with Whitehouse at an Ocean Summit on Marine Debris in his home state of Rhode Island and took the opportunity to ask him about climate change, oceans, politics, the pope, and more.

Q. With the presidential race coming up, what do you think the Democratic presidential candidates’ climate platform should be?

A. It ultimately should be that there’s a proper price on carbon. There’s a recognition that all this carbon pollution creates massive costs, and when innocent victims have to bear them and the industry itself doesn’t, that’s an economic malfunction. And if you believe in market economies and if you believe in the power of innovation, they only work to accurate price signals. Once you do that, innovation starts to roll, the markets adjust, and we get to a good place.

I do think that the Republican candidate in 2016, in order to be credible, is going to have to deal with this issue in a way the Republican Party is not now dealing with it at all. The nexus between climate denial and massive funding from the fossil fuel industry is a nasty place for Republicans to be. They really need to clean up their act.

Q. Do you think the environmental community should be asking Hillary Clinton to articulate her stance?

A. I think for now, for her to say we need to act on climate and to continue to put a spotlight on this issue is enough. I think strategically she’s in her best position saying this is real and we need to act on it and pointing out that Republicans can’t get themselves to take it seriously and making the connection to their appalling dependence on fossil fuel money to stay viable as a party. When she’s in a position to govern, then you’ve got to start sweating the details. But a certain amount of that will be shaped by the 2016 race, so it’s hard to predict that now.

Q. What type of progress can you and your climate-hawk colleagues in the Senate hope to advance in the next couple of years as legislators?

A. I still go back to a carbon fee. A very significant Republican economist whom I’m talking to about the fee has said if you take the revenue from the fee and you bring it back to the public, in the right ways through lower tax rates and payroll tax offsets — things like that that are encouraging of work and productivity — then I might be willing to support this even if I don’t believe in climate change because it’s just better tax policy, it’ll grow the economy. So if that bill is a win-win just on economic grounds, setting aside the huge value it might provide from a climate perspective — to our economy, to our environment, to our future — that makes it a pretty big win.

Q. You’ve road-tripped to different states to see how climate is affecting them. What are some of the more surprising things you’ve learned?

A. The strongest message that I’ve gotten is that along the coasts, there’s really no denying it. The denial apparatus will try to take you to complex, arcane corners of computer atmospheric modeling. But at the seaside, you measure sea-level rise with basically a yard stick. You measure the warming temperatures with thermometers. And you measure the changing acidity of the seas with the same technology that a third-grade class uses to monitor its fish tank. It’s really undeniable at the seashore, and so that’s a really strong place for this conversation to take place.

Q. As you’ve been out there talking to average citizens who maybe don’t focus on this issue all the time, what do you think resonates most with people? What gets people to care and want to act?

A. Absolutely, positively, what’s happening locally. I think a lot of people are maxed out on hearing about the Intergovernmental Panel on Climate Change. But if you’re from Utah and you’re hearing from your ski resorts that they’re feeling really nervous about being able to maintain skiing; if you’re in New Hampshire and really care about the iconic moose and know they’re now covered in tens of thousands of ticks because the snow cover isn’t there to keep the ticks at bay; if you’re Georgian and you care about your famous coastline and beautiful barrier islands and you hear from University of Georgia what’s happening out on Sapelo Island — those down-home facts really make a difference. When you add to them that a member of Congress isn’t paying attention, and by the way is getting massively funded by the fossil fuel industry that’s responsible for the mess, that’s a good, strong combination to get some attention.

Q. You met recently with some bishops about the pope’s upcoming encyclical. What type of impact do you think the encyclical will have when it’s released?

A. I think it’ll have a really profound impact. Pope Francis may be the single most trusted messenger on the face of the Earth. An encyclical has huge impact in the Catholic faith, right down to individual parishes and individual Catholic schools. In history, some of the encyclicals from past decades and centuries have had profound effects. I think it’s the church’s intention — and Pope Francis’ intention — that it should have a profound effect. They’re not going to throw it out there and then walk back. They truly believe that the choices we are making right now are terribly damaging to God’s creation, terribly unfair to poorer people, and it’s the role of the church to lean back against those injustices in a forceful way. Not only does it have the clout of an encyclical, but I think this very, very charismatic pope intends to drive the message.

Q. What do you see as the most significant problem for oceans?

A. Acidification. You can go to a middle school science lab and you can pump CO2 into a closed container with seawater and you can measure the seawater turning more acidic. It’s elementary, basic science. The sea’s taken up probably 25 percent of all of our extra carbon and when it does, guess what? It turns more acidic. It’s now turning acidic at the fastest rate since some of the great die-offs of ancient times, way before human species emerged. That’s a really serious worry.

Q. This is a consequence of climate change.

A. It’s absolutely a consequence of carbon pollution that drives climate change and drives ocean acidification.

Q. Given that we’re at an ocean summit, let’s end with this light-hearted question: If you could be any marine animal, which would you be?