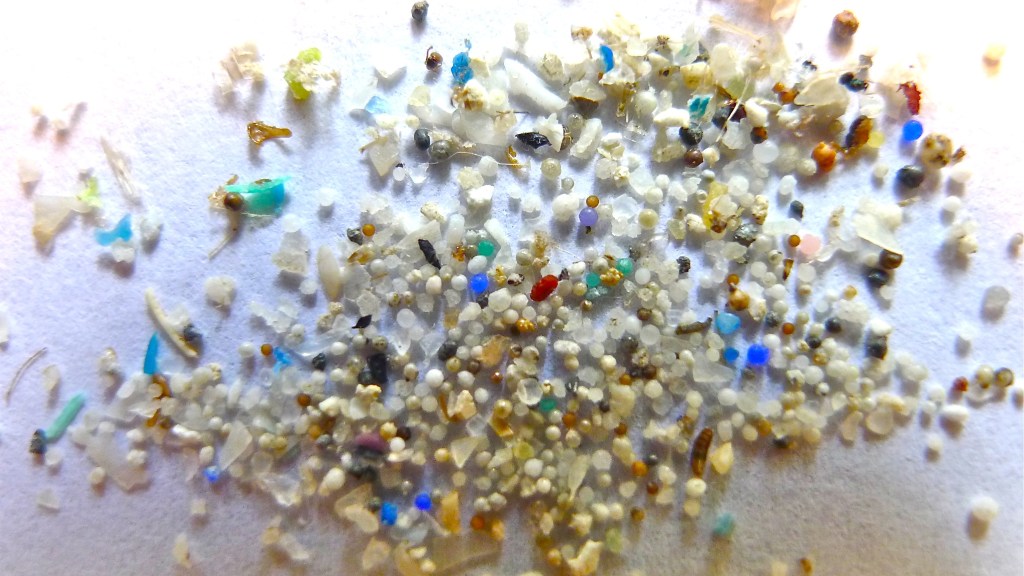 Here’s how environmental news stories usually play out: Corporations do something bad to the environment, and people say, “Hey, stop that!” But they don’t stop because they are making boatloads of money doing it, so people go to the government and say, “Hey, can you make them stop that?” But the government doesn’t do anything because it’s in the pocket of some big company. Or maybe it does do something, but it takes forever because it’s so busy arguing with itself, ignoring crumbling infrastructure, and locking up innocent uteri.

So when a bill to protect our waterways from plastic pollution blows through Congress with bipartisan support, it’s safe to say that we’ve entered the Twilight Zone. (Now, imagine Rod Serling reading aloud the rest of this article.)

The bill, called the Microbead-Free Waters Act of 2015, was first introduced into the House back in March. It would ban companies from using microbeads — tiny bits of plastic often added to health and beauty products as an exfoliating agent — by July 2017 in order to prevent them from contaminating the oceans and water supply. The House passed the bill earlier this month, and one week later, the Senate passed it, too — in a unanimous vote.

(“You’re traveling through another dimension, a dimension not only of sight and sound but of mind. A journey into a wondrous land whose boundaries are that of imagination. That’s the signpost up ahead — your next stop, the Twilight Zone!”)

For a refresher on why microbeads are bad for the environment, here’s a video from our good friend Andrew Maynard over at Risk Bites:

And here’s the New York Times on how people are reacting to this bizarre government behavior:

The original sponsor of the bill, Representative Frank Pallone Jr., Democrat of New Jersey, said its rapid success surprised him, especially the unanimous consent from the Senate. But the explanation, he said, was simple: “There was a lot of support, and there wasn’t much opposition.”

The cosmetics industry has been under fire from environmental activists for years over the use of the beads, and all of the major companies had already announced initiatives to phase them out, noted Sean Moore, an official of the Consumer Healthcare Products Association in Washington.

Several states, including Illinois and California, recently passed bead bans, and more than half of the states were considering them. In New York, where a ban is before the Legislature, individual counties had instituted bans. Some of them would require products to be reformulated or taken off store shelves by February, deadlines “that were, frankly, not feasible for companies to meet,” Mr. Moore said.

The growing number of state and local laws, with conflicting restrictions and timelines, motivated industry to support the law, said Marc Brumer, a spokesman for Senator Kirsten E. Gillibrand, a Democrat of New York. Ms. Gillibrand was a sponsor of the bill in the Senate with Senator Rob Portman, Republican of Ohio, and others.

I don’t know about you, but I like it here in the Twilight Zone. Maybe in this fifth dimension, where bipartisan support for environmental legislation replaces government stagnation and corporate greed, the world doesn’t have to end in flames.