Congress fails to pass Zika bill, and that’s an ominous sign of things to come 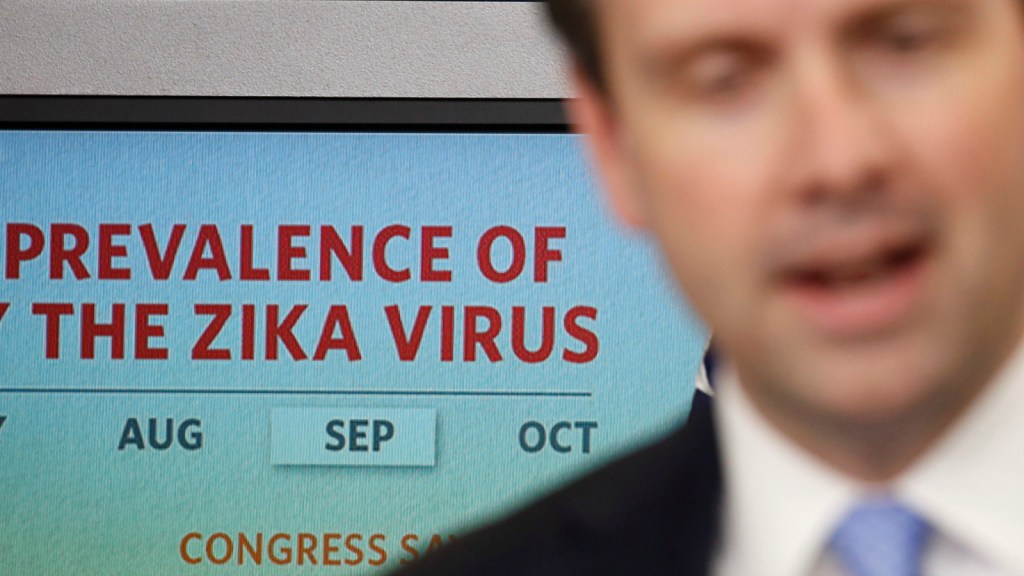 Congress fails to pass Zika bill, and that’s an ominous sign of things to come

The Zika virus epidemic in Latin America and the Caribbean threatens to spread throughout much of the United States, causing birth defects and potentially deadly or paralyzing complications, but it looks like Congress isn’t going to do anything about it. With climate change increasing the prevalence of mosquito-borne illnesses such as Zika, this is a chilling reminder of how political dysfunction may prevent timely responses to climate-related disasters.

The House passed a $1.1 billion bill to fight Zika last week, and on Tuesday, the Senate voted 52 to 48 in favor of the same measure. But it now takes 60 votes to pass anything in the Senate, thanks to rampant filibuster abuse, so 52 votes is not enough.

Strangely, Senate Democrats were the ones who voted the bill down. They had valid reasons. House and Senate Republicans stuffed the bill with a conservative wish list unconnected to Zika. “The package loosens Environmental Protection Agency restrictions on pesticides and strikes a measure that would have banned display of the Confederate Battle Flag at cemeteries run by the Department of Veterans affairs,” The Washington Post reports. The bill also excludes Planned Parenthood from its funding, even though the Zika crisis directly involves women’s reproductive health. And it pulls funding away from the Affordable Care Act.

The end result is that we likely won’t have a federal response to Zika this year, though one is clearly needed. “At least four women on the U.S. mainland have given birth to infants with birth defects related to Zika, and the Centers for Disease Control and Prevention is monitoring 265 women on the U.S. mainland and an additional 189 with Zika in Puerto Rico,” the Post reports. The CDC estimates that 25 percent of Puerto Ricans could be infected within a year, and 1.1 percent of blood donations on the island currently have the virus present. Puerto Rico is ill-equipped to handle a public health emergency right now as it is struggling with an economic and fiscal crisis.

Democrats have been trying for months to pass an emergency-funding bill that would provide for a robust response to Zika. In February, the Obama administration requested nearly $1.9 billion to bolster prevention measures such as mosquito control in states and territories facing Zika outbreaks and to invest in federal research and detection. For three months, Congress did nothing. In May, the Senate passed a $1.1 billion bill and House Republicans countered with a bill that would cover less than half of Obama’s request. Both included spending cuts to other public health programs. Unable to reconcile the House and Senate bills, Congress adjourned for a Memorial Day recess.

Now they have finally made a deal, but it’s one that Senate Democrats can’t accept. This is typical of congressional Republicans, who suffer from a pathological need to politicize everything. From Hurricane Katrina to Superstorm Sandy, Republicans have tried to capitalize on nearly every crisis by making funding contingent on passing unrelated measures to advance their preexisting agenda: stripping away labor protections, eliminating environmental regulations, undermining Obamacare, or just cutting domestic spending. They also have fetishized the idea of paying for emergency-spending bills with cuts to unrelated spending, though they never feel the need to pay for tax cuts with spending cuts. They seem to think fighting deadly disease is less important than showering money on the rich.

This congressional deadlock is an ominous sign for a future that will feature more outbreaks like Zika and other disasters like floods, heat waves, and wildfires.