Coronavirus put millions out of work. A 21st-century climate corps could be the answer. 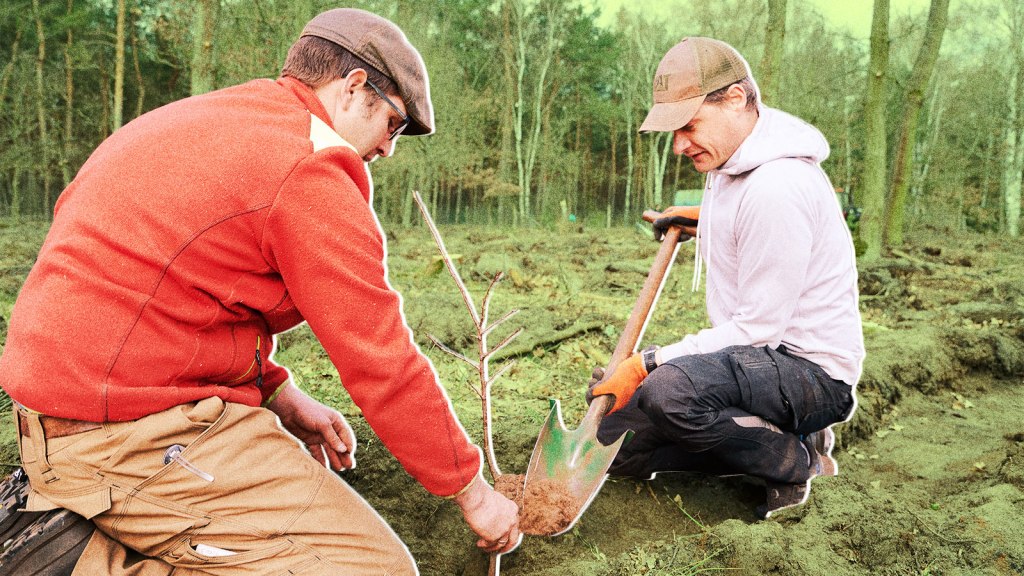 Coronavirus put millions out of work. A 21st-century climate corps could be the answer.

Sierra Garcia is an editorial intern at Grist.

The graduation speeches have been broadcast over Zoom, the final papers submitted digitally, and the diplomas shipped to students’ homes. The next step is less certain. Across the nation, what typically comes after the pomp and circumstance for high school or college graduates — finding a job — is now a far more daunting prospect. Tens of millions of Americans lost their jobs in recent months, and ending shelter in place orders won’t bring them all back anytime soon.

It’s the perfect moment to create a 21st-century jobs corps, with climate starring front and center.

The concept is hardly original: Putting jobless Americans back to work with projects that need to be done was the goal of dozens of public works programs that were part of the New Deal of the 1930s, including the environmentally focused Civilian Conservation Corps. (Those programs’ legacy is unfortunately marred by their racism and sexism.) More recently, a national jobs program has emerged as a cornerstone of the Green New Deal and a plank of former presidential candidate Elizabeth Warren’s climate platform.

But the idea’s progressive origins hardly necessitates that it suffer the same partisan strangulation in the Senate as other attempts at COVID-19 relief. After all, as recently as 2018 — before the phrase “Green New Deal” became widely known — nearly two-thirds of Republicans polled approved of the plan’s substance, which includes a green jobs guarantee. Support for a wide-reaching government jobs program has started gaining traction recently from unexpected sources like billionaire Mark Cuban, a member of Trump’s “Opening Our Country” council.

The price tag would undoubtedly be a partisan sticking point, but we are living in extraordinary times: Mere months ago, the thought of Republicans signing off on $1,200 government checks for nearly half the country was laughable. And any climate jobs program worth its salt would pay for itself over the long term by reducing carbon emissions and beefing up climate-resilient infrastructure, both of which will reduce the financial damage from future climate disasters. Projects could include things like planting mangroves, carbon-sucking coastal trees that shield coastlines from the worst effects of hurricanes and storms. Or building out low-carbon transit infrastructure. Or reclaiming wetlands, which act as natural water quality filters. There are hundreds of jobs to be done, and millions of Americans to fill them.

Across the world, other countries have already begun enacting jobs programs to nurse their economies back to health with climate-smart projects. In Pakistan, more than 63,000 workers who lost jobs in the pandemic were reemployed as tree planters in April. And New Zealand, which has made international headlines for one of the world’s most effective COVID-19 responses, is pushing a jobs package focused on rehabbing ecosystems to help people hurting from job losses in New Zealand’s normally bustling tourist sector.

Trump promised in January to join international efforts to plant a trillion trees, and measly (and disingenuous) as that is, it can be optimistically viewed as an acknowledgment that some climate-fighting actions are, frankly, not that hard to do. The New Deal jobs programs did not ultimately revive the U.S. economy during the Great Depression, and in today’s globalized world, it would be foolhardy to lay the credit or blame for the future job market on any single policy or program. But what a new jobs program could do is provide dignity and skills to millions of Americans who will otherwise languish in indefinite unemployment or join the gig-economy rat race. It would also get desperately needed projects off the ground for both preventing further climate change and protecting us from its effects.

Graduation speeches always urge college students, with their diplomas in hand, to go out into the world and create a better future. A modern jobs program would make that path easy.