Enviros give a thumbs-up to Obama's new climate chief 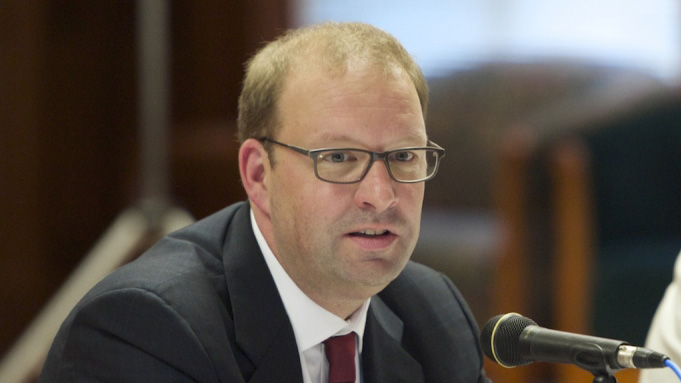 Enviros give a thumbs-up to Obama’s new climate chief

His transition shouldn’t be too difficult. Up until now he has served as the deputy director for climate at the White House, where he’s worked since 2010. Before joining the Obama administration, Utech worked for the Senate Environment and Public Works Committee and served as energy and environment adviser to then-Sen. Hillary Clinton (D-N.Y).

Utech worked with Zichal to help the Obama administration craft its second-term climate strategy, which includes stringent limits on carbon dioxide emissions from U.S. power plants as well as efforts to halt construction of new coal plants worldwide. In his new position, the L.A. Times explains, he “will also have to explain to the public the administration’s stand on often-contentious energy and environmental issues, such as the Keystone XL oil pipeline.”

Enviros seem to like the guy. Here’s praise from a couple of green leaders:

Sierra Club Executive Director Michael Brune: “Dan Utech has been engaged in critically important debates on energy and environmental issues for years, bringing with him a unique blend of hill experience and technical knowledge of the energy industry. A seasoned hand in the energy world, he has also helped implement some of the Obama Administration’s most significant actions on our climate crisis and has the experience needed to ensure a smooth transition following Heather Zichal’s exceptional service.”

Natural Resources Defense Council President Frances Beinecke: “Dan Utech is a leader, a seasoned expert, and the right person for this critical energy and climate post. He’s well-suited to carry forward the policies our country needs to expand clean energy, cut carbon pollution, address climate change and protect health. We are pleased the president has chosen him.”