GMO labels are now the law of the land 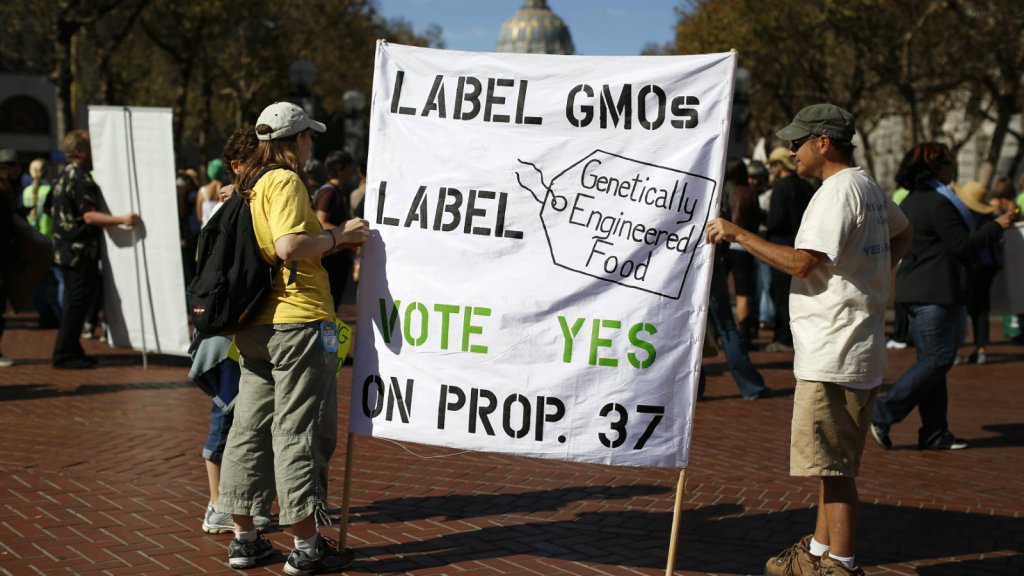 GMO labels are now the law of the land

We’re officially a country that labels GMOs now. President Obama signed a bill on Friday that requires food companies to label products with genetically engineered ingredients. They can do this by writing it on the box, slapping on a symbol, or applying a Quick Response (QR) code — something like a barcode. For more on the law, check out our previous coverage.

Democratic Sen. Debbie Stabenow of Michigan, who was instrumental in pushing the bill through Congress, praised its passage in a statement. She said the law “gives our nation’s farmers and food companies a fresh opportunity to start a conversation with consumers about the importance and safety of biotechnology.”

The U.S. Department of Agriculture now has two years to figure out how to define a GMO. Are they crops that have had their genes tweaked or silenced, or mutated with radiation? Should the definition be narrowly focused on the original transgenic crops? There will undoubtedly be fights during the rule-making process.

This new law overrides Vermont’s GMO-labeling law and prevents any other state-level GMO-labeling attempts, but it allows voluntary labeling to continue.