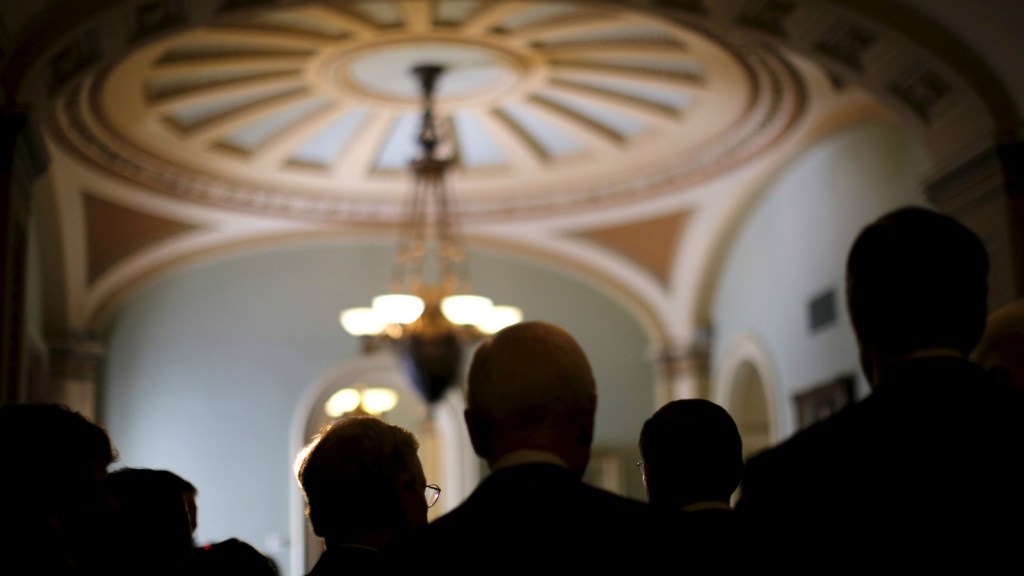 On Friday, Congress passed a resolution that would stymie a hypothetical carbon tax — the kind of thing that could stem from the GOP doomsday scenario known as a Hillary Clinton presidency. Introduced by Rep. Steve Scalise (R-La.), the resolution states that “a carbon tax would be detrimental to American families and businesses, and is not in the best interest of the United States.”

The only problem with this logic is that neither Barack Obama nor Hillary Clinton are likely to introduce a carbon tax.

In a Democratic debate in April, Bernie Sanders pushed Clinton on whether or not she supported the policy, but Clinton gave a non-answer, instead noting her support of the Clean Power Plan, which seeks to curb emissions from coal-fired power plants.

No Republicans dissented from the resolution. Of the eight Republican members of the Climate Solutions Caucus, only Rep. David Jolly (R-Fla.) abstained with a “Present” vote; the other seven voted “Yea.” Presumably “In Oil Industry Pocket” was not an option.