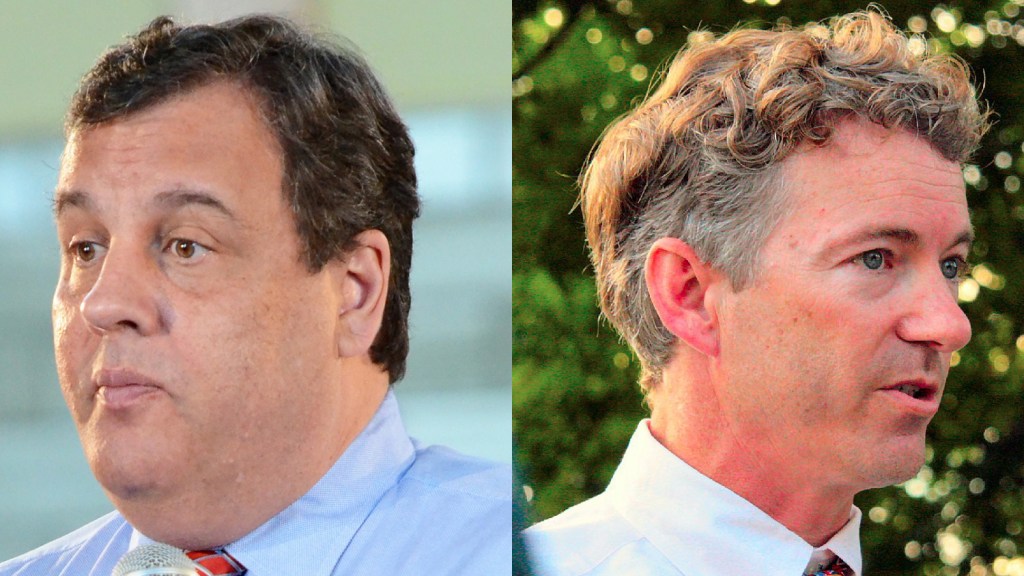 It’s not just climate change: Some GOP leaders disregard science on vaccines too

There’s a new front in the Republican War on Science: encouraging the dangerous practice of leaving it up to parents whether to vaccinate their children for highly contagious diseases such as measles. Superstitions about vaccinations are said to be a left-wing phenomenon, the liberal equivalent of climate change denial. It turns out, though, that it’s the same party adopting an anti-science mindset on both issues.

The stereotype of people who don’t vaccinate their kids is that they’re hippies, clustered on the coasts and in college towns, only letting their children eat organic. When The New Republic’s Julia Ioffe got whooping cough in 2013, she wrote a piece blaming “Park Slope parents,” a reference to the famously liberal Brooklyn neighborhood where I grew up. (For the record, a quick internet search pulled up no evidence that non-vaccination is a current epidemic in the area.)

To be sure, there are liberal, rich, urban parents who are not vaccinating their kids. It is no coincidence that some of the highest rates of non-vaccination are found in Los Angeles’s affluent areas, and that the city is the center of the current measles outbreak. But look at the least-vaccinated private schools in New York City and you’ll notice that they’re mostly religious schools of various denominations. Nationally, some of the communities with the lowest vaccination rates are right-wing religious extremists, including Evangelical Christians, Hasidic and ultra-Orthodox Jews, and the Amish. (And yes, the latter groups are politically conservative.)

Some surveys have found basically no correlation between political beliefs and beliefs on vaccination, while others have found that conservatives are more likely to irrationally fear vaccines. As Chris Mooney wrote in Mother Jones last year, “In a 2009 paper, Yale’s Dan Kahan and his colleagues found that the conservative ideological values of ‘hierarchy’ and ‘individualism’ were both linked to greater opposition to the HPV vaccine in particular. In a paper from earlier this year, meanwhile, Kahan found that the idea of a link between the political left and the belief that vaccines in general are dangerous ‘lacks any factual basis.’ In fact, if anything, he found a small increase in belief in vaccine risks as one moved to the right of the political spectrum.”

Whoever they are, some parents are not vaccinating their kids. In California, roughly 3 percent of public schoolchildren get exempted from vaccinations, usually because of their parents’ beliefs. And now we all have to live with the result: a frightening outbreak of measles. There have been 102 reported cases so far this year. Disneyland is Ground Zero, and most cases are in California, but 14 states have at least one confirmed case. Just a few weeks ago, there was a smaller outbreak of whooping cough in Traverse City, Mich., due to low vaccination rates. (Traverse City, it should be noted, leans only slightly Democratic.)

This week, two prominent national politicians declared that vaccination should be a parental choice — and they aren’t the ones seeking the votes of liberal elites. New Jersey Gov. Chris Christie and Kentucky Sen. Rand Paul, both leading GOP presidential contenders, are supposed to be among the more honest, straight-shooting Republicans, but now they’ve muddied their reputations with anti-vaccine pandering.

First, on Monday, Christie said about vaccines at a news conference, “It’s more important what you think as a parent than what you think as a public official. I also understand that parents need to have some measure of choice in things as well.” (This wasn’t the first time Christie had flirted with anti-vaxxers. As The Huffington Post notes, “While running for governor in 2009, [Christie] met with an anti-vaccine group and wrote a letter supporting their work.”) This week, after being widely mocked for sounding stupid and criticized for endangering public health, Christie clarified through a spokesperson, “there is no question kids should be vaccinated.” But should is not the same as must be. Children also shouldn’t eat too much junk food, but legally we allow them to and, in the name of freedom, accept the risk that far too many of them will. Vaccines, though, are different because unvaccinated people put not only themselves but others at risk. Babies are not supposed to be vaccinated until their first birthdays, and some children cannot be vaccinated because their immune systems are compromised by a disease. As long as everyone else gets vaccinated, they are protected by “herd immunity.” But what if your cancer-stricken child gets measles from a kid whose parents just don’t believe in science? Christie’s own state requires schoolchildren to receive all the major vaccinations like tetanus, polio, even influenza.

But Christie was soon outdone by Paul. The small-government zealot told conservative talk show host Laura Ingraham on Monday that “most [vaccines] should be voluntary.” Invited on CNBC to clarify, Paul added, “I’ve heard of many tragic cases of walking, talking normal children who wound up with profound mental disorders after vaccines.” That comment created a media uproar too. In an effort at damage control, Paul later said through a spokesman: “I did not say vaccines caused disorders, just that they were temporally related — I did not allege causation. I support vaccines, I receive them myself and I had all of my children vaccinated.” But, of course, Paul was implying causation — otherwise why mention “mental disorders” and “vaccines” in the same sentence? Paul is a graduate of Duke Medical School, so he should know better. There are methodologically sound studies on the effects of vaccines, and none of them show that they cause autism. But then, he should know better than to disbelieve 98 percent of climate scientists too.

Still, because Paul holds extreme anti-government views, he may actually believe that the government should not require vaccines. In 2009, speaking on conspiracist Alex Jones’ radio show, Paul tied mandatory vaccination to martial law and said, “I’m not going to tell people who think [vaccination is] a bad idea that they have to take it because everybody should be allowed to make their own health care decisions, and that’s the problem with allowing more and more government.”

Christie, on the other hand, represents the more authoritarian strain of conservatism. Last year, he forcibly quarantined Kaci Hickox, a nurse who treated Ebola patients, even though she never contracted Ebola, which is much less contagious than measles. Why would he want the government to be so aggressive about one health threat but not another? Because the politics of the two diseases are different. Ebola is a relatively new threat, coming from abroad, that triggered paroxysms of xenophobic paranoia on Fox News. Vaccines have nearly eradicated diseases like measles, so too much of the public fails to appreciate the seriousness of their potential return. And in the upcoming Republican primaries, there will be plenty of voters from the anti-government and religious right wing.

Overall, the politics of vaccines are different for Republicans and Democrats because of the nature of the two parties. Anti-vaxxers, like 9/11 Truthers, are found on the fringes on both left and right. But the far-right fringe has a lot more clout with mainstream Republicans than the far left does among mainstream Democrats. Both President Obama and Hillary Clinton issued sensible, unambiguous pro-vaccination statements on Monday, and no high-profile Democrats have as yet waded into the current debate on the side of anti-vaxxers.

Another difference is the way that anti-vaccine rhetoric fits into each party’s ideology. Republicans believe that there is no social responsibility that compels anyone to do anything they don’t want to. Consistent with that philosophy, one can understand that vaccinations are good but believe an individual’s right to be wrong outweighs society’s interest in preventing an outbreak of deadly and debilitating disease.

The parties are also quite different in how they approach science in general. Many Republican politicians do not come at science with an open mind and go where it leads. Rather, they develop a position, and if the science doesn’t support it, they distort or ignore the science. The religious right opposes the HPV vaccine because to vaccinate against HPV is to admit that young women might have premarital sex. But, fearful that they would lose their real argument on the merits, they question the vaccine’s safety. For example, during her 2011 campaign for president, Rep. Michele Bachmann (R-Minn.) repeated the absurd claim of a supporter that the HPV vaccine gave her daughter “mental retardation.”

This approach to science is particularly evident on climate change and other environmental issues. Republicans oppose action to reduce climate change — because it would require government intervention and undermine fossil fuel companies, which contribute to GOP campaigns — so they disregard or lie about climate science. Same with the science about mercury, particulates, or ozone pollution — fixing the problem would be inconvenient for entrenched powers, so Republicans subjugate the science to their political interest.

Once you’ve overcome the momentary shock at what Paul and Christie said, it should come as no surprise that Republicans have found another dangerous way to disregard science.