John Dingell was better for the environment than you think 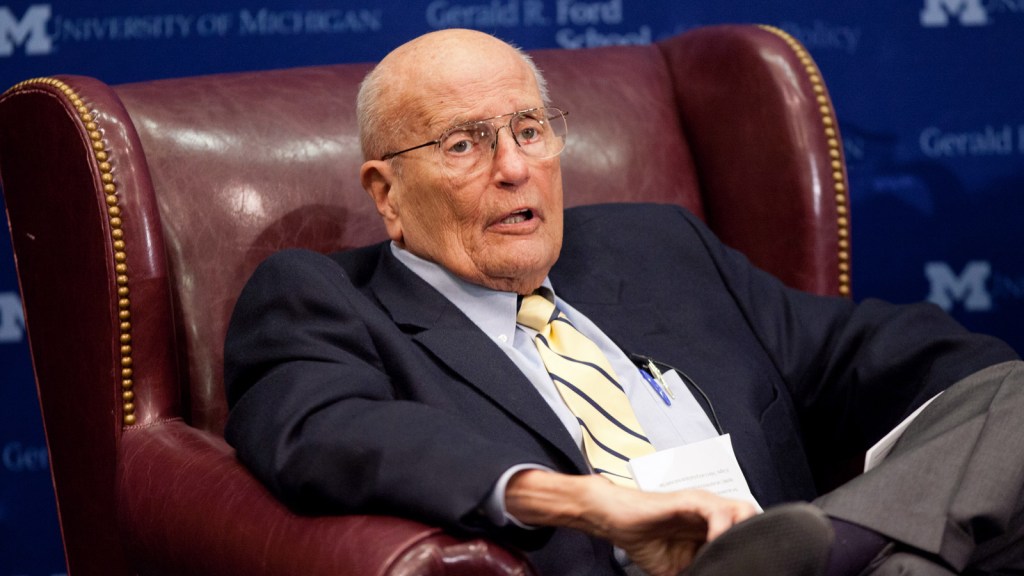 John Dingell was better for the environment than you think

To climate activists of the Millennial generation, John Dingell is an irritant, in the same way that Joe Lieberman was to anti-war activists. Rep. Dingell (D-Mich.), who represents a Detroit-area district that’s home to the headquarters of the Big Three U.S. automakers, earned a reputation in recent years as a Democratic bad guy because he threatened to stand in the way of strong legislation to cap CO2 emissions. Fears that Dingell might use his chairmanship of the Energy and Commerce Committee to slow-roll or water down cap-and-trade prompted Rep. Henry Waxman (D-Calif.) to take the unusual step of challenging Dingell for the chairman’s gavel. Waxman won, and it was widely viewed as a pivotal moment for environmental policy, Congress, and the Democratic Party.

The 87-year-old Dingell — perhaps the last of the famous “old bulls,” or powerful, long-serving committee chairs — announced on Monday that he will not seek reelection. He will go out as the longest-serving member of Congress ever, having held his seat since replacing his father in a special election in 1955. He had been the Energy Committee’s top-ranking Democrat for almost three decades, serving as chairman for most of that time.

Young climate hawks might be thinking “good riddance.” They’ll be surprised to learn that Dingell’s retirement brought forth accolades from leading environmental organizations. “He’s played an integral role in enacting countless cornerstone environmental laws, from the Endangered Species Act, to the Clean Water Act, to the National Environmental Policy Act,” said the League of Conservation Voters, from which Dingell received a lifetime rating of 75 percent, and a 93 percent rating in 2013. “He’s been an important voice on environmental priorities for decades.”

The Natural Resources Defense Council was even more fulsome in its praise: “Our air, land, and water are cleaner, our health better, and our environmental protections stronger thanks to John Dingell’s remarkable leadership over more than a half-century.”

Dingell was loyal to the automakers — so much so that he earned the nickname “Tailpipe Johnny” — but he also cared about environmental protection and used his powerful perch to advance it. A recreational hunter and fisherman, he pushed bills on clean water and wildlife and habitat protection. In obscure committee markups, Dingell would quietly strengthen prospective environmental laws. In one episode, recounted in The Seattle Times in 2008, Dingell slipped the word “enhance” into the habitat protection standards for fish and wildlife in the Pacific Northwest Power Planning and Conservation Act. The effect was to increase focus on habitat preservation. “For a long time John Dingell was the model of how to be a chair of a committee,” says David Goldston, director of government affairs at NRDC.

Climate Progress assembled a bullet-point list of Dingell’s environmental achievements. Here are some of the highlights from it:

The 1990 Clean Air Act amendments, in which Dingell and Waxman compromised on the strength of various provisions, might be seen as emblematic of the tensions in Dingell’s career. He wanted to protect the environment, but not at significant cost to the auto industry.

Over the last decade or so, as public concern over climate change rose, Dingell’s reluctance to impose limits on CO2 emissions became a bigger problem for environmentalists. In 2002, after the Sierra Club endorsed his primary opponent, the group’s representatives were no longer welcome in his office, according to one environmental policy insider.

But Dingell did not turn bitter like Lieberman or let past resentments guide his votes. He ultimately voted for the Waxman-Markey cap-and-trade bill in 2009. “It was quite a big deal given his stature and his alliance with the auto industry to have him support [Waxman-Markey],” says Sara Chieffo, LCV’s legislative director. “That was hugely helpful.”

“He always watched out for the interests of the auto industry, but in the end would back and move [environmental] legislation, whether it was climate change or the Clean Air Act,” says Goldston. “The interplay between Waxman and Dingell was responsible for the shape of the air [regulations] for decades.”

Dingell’s wife Debbie, who worked as an executive at General Motors for three decades, could run to replace him, and she might not be much of a climate hawk either. But his district is solidly blue, so his seat will stay in Democratic hands.

When Waxman beat out Dingell for his committee chairmanship, it represented a clear power shift in the Democratic Party, from the Upper Midwest industrial labor flank to the coastal, eco-friendly wing. Waxman is retiring this year too, so the top Democratic spot on the Energy Committee will go to another member of this new power base: Frank Pallone of New Jersey or Anna Eshoo of California, both of whom are well within the party’s mainstream on climate. Now they just need the Democrats to regain the majority if they want to pass anything.