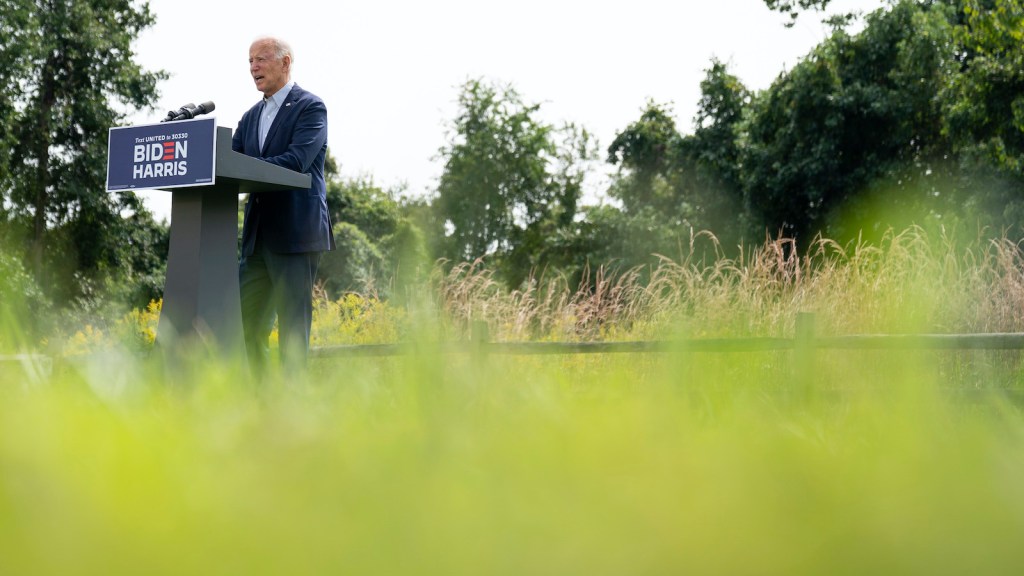 If Joe Biden wins the White House in November, the former vice president has pledged that his advisers won’t be taking orders from the fossil fuel industry.

At least, that’s what a new campaign document seems to suggest. An ethics plan released on Wednesday by the Biden-Harris campaign laid out new guidelines for members of the ticket’s “transition team,” the group of experts that would help Biden and running mate Kamala Harris take the reins from President Donald Trump if they won on Election Day.

Under the new guidelines, which went into effect immediately, members of the transition team are required to “act solely in the furtherance of the public interest.” An introductory paragraph specifically called out two industries that won’t be welcome. “Vice President Biden aims to ensure that those who serve are aligned with his values and policy priorities,” the plan said. That excludes those who have “been leaders at fossil fuel or private prison companies”

The new rules aren’t legally binding, however, and many of the provisions are subject to a final decision by the transition team’s general counsel. The Biden campaign announced on Wednesday that former Facebook lawyer Jessica Hertz would be filling that role, with the power to lift restrictions against lobbyists on a case-by-case basis.

The Biden-Harris ethics plan is similar to guidelines prepared in 2008 for Barack Obama’s campaign and in 2016 for Hillary Clinton’s. All three plans included similar 12-month no-lobbying rules. But Biden’s is the first to shun fossil fuel executives.