Meet the conservative answer to the Green New Deal 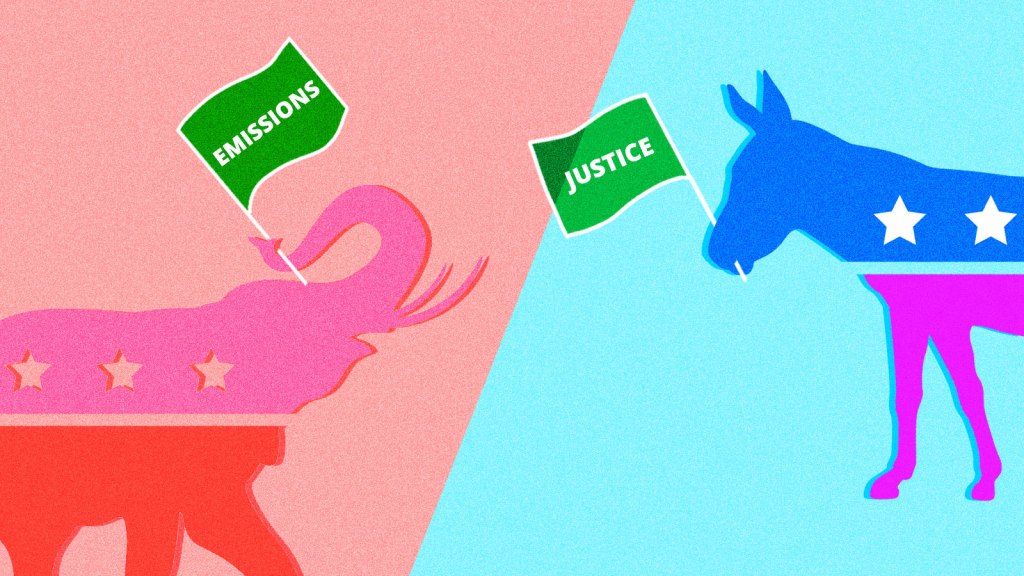 Meet the conservative answer to the Green New Deal

The American Conservation Coalition (ACC) might be the only environmental group on the planet that thinks the United States shouldn’t rejoin the Paris climate agreement. Started by a bunch of college Republicans in 2017, the nonprofit’s mission is to “empower conservatives to re-engage on environmental conversations.” “Environmental conservative” might sound like an oxymoron, but it’s not such an unusual phenomenon these days. Republicans, especially young Republicans, are starting to come around to the idea that the planet is warming and humans have something to do with it.

Those Republicans began bucking the party line right around the time that the Green New Deal — the progressive proposal to transition the United States economy from fossil fuels to renewable energy, and enact a host of social justice policies along the way — became the reigning environmental philosophy on the left.

On Tuesday, the ACC released its answer to the Green New Deal with a plan called the American Climate Contract. The contract champions policies with bipartisan support, existing climate and environmental legislation in Congress, and free-market principles. It doesn’t include many of the trappings of the climate change platforms floated by progressive thinkers and groups. You won’t find a carbon tax, the aforementioned Paris Agreement, or language about “solving” the climate crisis in the contract.

“We don’t think that there is a silver bullet approach to climate change,” Quillan Robinson, the vice president of government affairs for ACC who recently became its first-ever lobbyist, told Grist. “So there’s not a laundry list of policy things that we can do that, if we check all those off, climate change will be solved.”

Instead, ACC aims to hit refresh on the climate narrative by getting back to what the group considers the first and most important step in the effort to address the crisis: reducing emissions. Robinson says he’s happy to talk about health care or accessibility to education — two issues woven into the Green New Deal — “but if we’re gonna talk about climate change, let’s focus on climate change,” he said.

In order to do that, ACC’s climate contract suggests passing some of the climate and environment legislation stalled in the House and Senate right now (in no small part due to GOP leadership, which, as anyone who hasn’t been living under a boulder knows, has been a massive impediment to climate action so far). The Carbon Capture Modernization Act, for example, would incentivize the use of carbon capture and storage technology for coal plants by extending existing tax credits to coal companies that opt to retrofit their plants. The Expanding Access to Sustainable Energy Act would require the Department of Energy to award grants to rural energy cooperatives for renewable energy projects. In all, the group cites 14 bills that Congress could act on in the short term.

In the long term, the group advocates for investing heavily in clean energy research and development — an approach that some congressional Republicans have already voiced support for. It calls for expanding the nation’s nuclear energy portfolio, investing in carbon capture technology for all kinds of power plants,, and planting more trees — all things Republicans in Congress have said they support.

But the contract goes beyond what congressional Republicans have already endorsed. It proposes expanding battery storage capabilities; getting the federal government to invest in modern, green transportation infrastructure; and exporting American-made electric vehicles to developing countries to help reduce global emissions. It even suggests restoring and protecting ocean habitats (to better store “blue carbon” — the carbon sequestered in marine plants), something Senator Elizabeth Warren called for in a primary climate plan called the Blue New Deal. The plan has some components that would make congressional Democrats squirm, too: It advocates for building out pipeline infrastructure, exporting more natural gas, and deregulating the energy market.

“The contract makes a lot of sense,” Alex Trembath, deputy director of the Breakthrough Institute, a research center that focuses on technological solutions to environmental problems, told Grist. Trembath praised the plan’s focus on technology and innovation. “It’s not the end-all-be-all of climate policy, but it creates another policy platform — another way of thinking about the problem — that might get Republicans who weren’t enthusiastic or supportive of climate and clean energy policy to the table in a way that hasn’t been possible before.”

Not all climate hawks are as enthusiastic. “This ‘contract’ has some good ideas, like expanding renewables and restoring wetlands,” Jamie Henn, co-founder of 350.org and an organizer of the Stop the Money Pipeline campaign, told Grist, “and some really terrible ones, like building more pipelines and wasting money on carbon capture and sequestration.” Carbon capture proponents have been criticized for promising too much too soon — the technology isn’t where it needs to be in order to put a serious dent in carbon emissions, researchers say. Henn thinks that the only way to bend the emissions curve is to transition from fossil fuels to renewable energy by the end of this decade.

“The more we keep pushing forward, the more the right will keep running to catch up,” he added. “Now isn’t the time to compromise.”

For Robinson, though, compromise is the name of the game, especially in the aftermath of a pandemic. Stimulus legislation presents a significant opportunity “to figure out what the win-wins are in terms of getting Americans back to work, creating economic prosperity, but also addressing these important environmental issues and moving us forward in the fight against climate change,” he said.

“Let’s identify what we can agree on, work on the policies that fit with that, and then continue to move forward.”