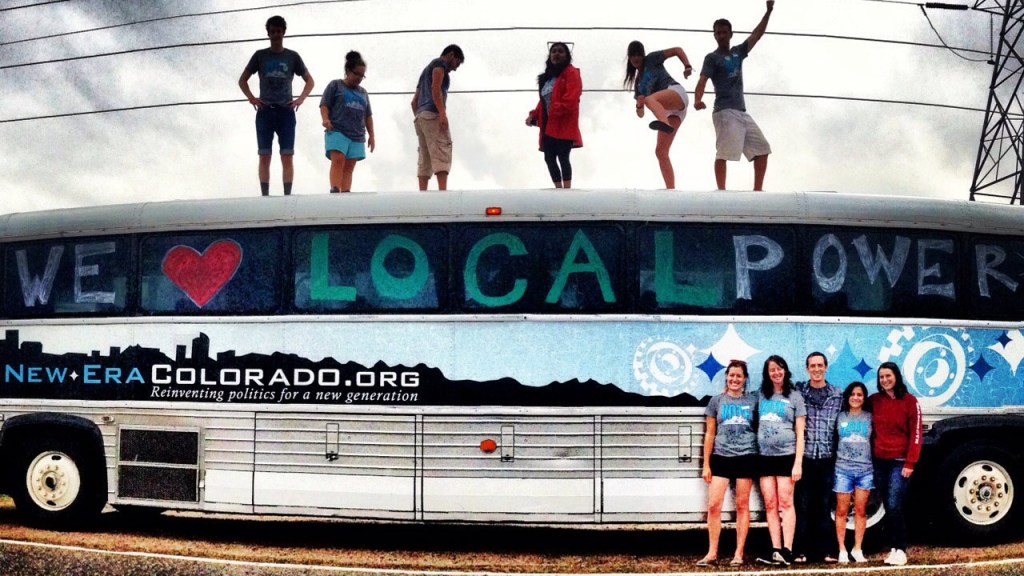 It was a textbook example of a corporation looking to buy an election result. After spending $1 million in a failed attempt to stifle local energy freedom in 2011, Xcel Energy poured over $500,000 of ratepayer money into a ballot measure to hamstring Boulder, Colo.’s exploration of a locally owned alternative to the largely fossil-fueled monopoly utility.

On Tuesday, people power buried Xcel. By a margin of 2-to-1, Boulder voters resoundingly rejected Question 310. As Stephen Fenberg of New Era Colorado said late that night, “Go home, Xcel. Your money is no good here.”

At stake was one community’s multi-year effort to power itself in a fashion that is more friendly to the local economy, to the climate, and to local oversight. It had previously culminated in a tough ballot fight in November 2011, when Xcel used ratepayer money to outspend locals 10-to-1 and still lost, as Boulder citizens narrowly granted the city permission to explore a clean-power-focused, city-owned utility.

Since then, the city and its citizen allies have turned traditional thinking on its head, envisioning a city-owned electric utility that maximizes local benefit rather than shareholder returns, that generates power in town rather than importing it, and that maximizes renewable energy instead of clinging to fossil fuels. They have rigorously studied other city-run utilities (29 others in Colorado alone) to learn best practices for running a local electric system. They have shown that switching to a locally owned utility could nearly triple renewable energy, halve greenhouse gas emissions, and compete on price with their current two-faced corporate overlords.

Boulder’s victory could reverberate throughout the energy sector, especially if the city follows through on booting Xcel. The president of the American Public Power Association made this point in a surprisingly impassioned defense of communities considering local power, published in the Boulder Daily Camera the week before the election:

“Other cities” include Santa Fe, N.M., where a recent study suggests that a local public utility could lower bills and double renewable energy compared to the incumbent corporate monopoly. They also include Xcel’s hometown of Minneapolis, Minn., where a grassroots campaign (several years younger than the one in Boulder) is pushing for a similarly candid assessment of whether the incumbent utility is providing the best possible energy future.

Boulder citizens didn’t just win a lopsided vote on Tuesday; they struck a blow at the core of the fossil-fuel-powered, shareholder-controlled utility model. Utilities like Xcel have long relied on passive customers and the rubber stamp of compliant state Public Utilities Commissions to earn a 10 percent or greater return for their shareholders building a dirty energy system. The new Comanche 3 coal-fired unit in Colorado, for example, cost ratepayers $1.3 billion and will continue to spew carbon dioxide and other pollutants into the state’s air until well past 2050.

A locally owned utility challenges that cycle of dirty energy and shareholder reward.

As Fenberg said on Tuesday, “Tonight, we stood up. We stood up and said NO to corporate control … With this behind us, we are able to continue working to create a model for how communities around the country can take control of their energy future.”