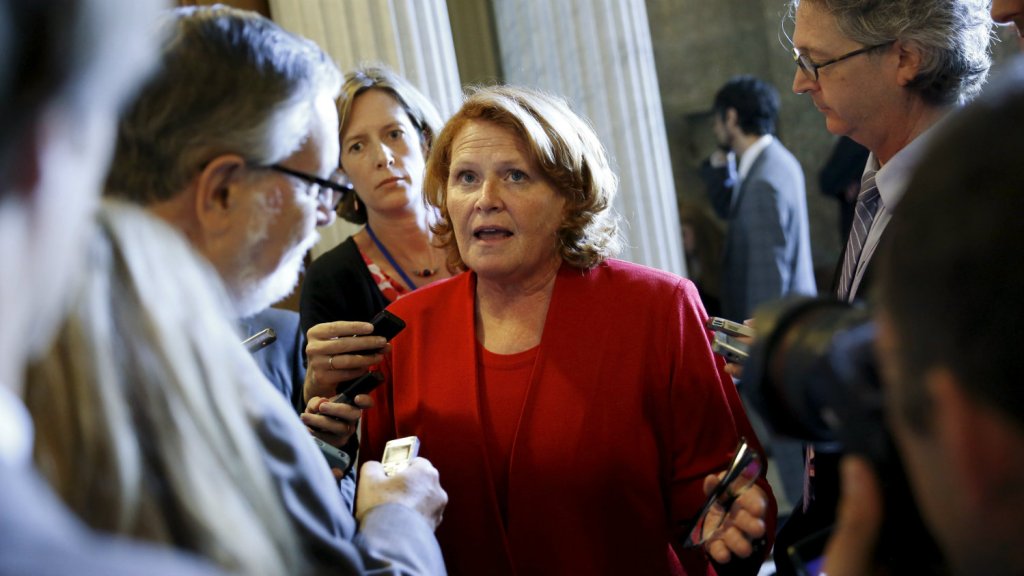 On Wednesday morning, for the first time in a decade, there was a U.S. Senate hearing on agricultural biotechnology. Lawmakers are tuning into the issue for two reasons: First, the Obama administration has said that it’s time to update and modernize GMO regulations; and second, there are bills pending that would either force, or ban, mandatory labeling of GMOs in food products.

The hearing, held by the Senate agriculture committee, provided a chance to gauge how senators are thinking about this issue. The Senate is currently mulling a bill, already passed by the House, that would set a federal standard for voluntary labeling, while also invalidating any mandatory labeling laws that states — like Vermont — have passed or might pass. I’ve gotten the sense from Politico’s reporting on this that Republicans are having a hard time finding Democratic senators to sign on to the bill, so I was a bit surprised to see a fairly pro-GMO sentiment prevailing in the hearing Tuesday morning.

Of course this was the agriculture committee — and I’d expect some pro-GMO sentiments from Democrats with big constituencies of farmers. But I was also expecting to see some senators from more liberal states channelling anti-GMO concerns as well. Instead, I heard strong pro-GMO statements, and no senator planted a flag on anti-GMO ground.

An exchange between regulators and Heidi Heitkamp, a no-nonsense Democrat from North Dakota, was illustrative of the general tenor of the hearing. The regulators had been saying time and time again that the GMOs they approved were just as safe as any other food. So Heitkamp asked William Jordan, from the EPA’s Office of Pesticide Programs, to explain how he shared the information he used to determine that safety with the public. Jordan began talking about making every effort toward transparency against a broader backdrop of a general decline in trust in government.

Heitkamp jumped in: “Except what people hear is blah, blah, blah. Blah, blah.”

Heitkamp: “I believe the science is so strong in this area — that these are products that will not have an adverse effect in any way on health, in fact can improve health by making food more available worldwide. And yet we seem to be losing the fight, not just on labeling but on how we are going to make these products more accessible.”

Then, turning away from Jordan, she threw the question to a USDA regulator, who began to give a similar homily about the importance of press releases and emailing stakeholders.

Heitkamp cut him off: “The data you are presenting and the information you are presenting is not presented in a way that is accessible to the public.” There was a pregnant pause — it had all been blandly congenial, up that point, and Heitkamp’s bluntness, in comparison, sounded downright accusatory. “It’s easier to say this is bad than explain why this is good, especially when the technology is so elevated. So I would really challenge all of you to think about how you discuss your findings with the public, so we can advance this beyond regulation, but actually have a conversation with the consumers.”

As the hearing went on, I started scanning through the members of the agriculture committee to see who might claim the anti-GMO position. Patrick Leahy from Vermont? New York’s Kirsten Gillibrand? But it never happened.

Gillibrand used her time to ask how regulations might be updated. (Will foreign companies engage in our regulatory process and get our approval if they want to sell GMOs here? Do we have enough of a regulatory hook to regulate organisms that have had their DNA edited, but don’t contain any DNA introduced from another species?)

Leahy stuck around just long enough to introduce Joanna Lidback, a small dairy farmer with 50 grass-fed cows in Vermont. Lidback turned out to be forcefully pro-GMO, arguing that small farmers need all the tools they can get to be responsible stewards of their land.

The only anti-GMO points brought up at the hearing came from Gary Hirshberg, chair of Stonyfield Farm Inc. and founder of the GMO labeling advocacy group Just Label It. And Hirshberg moderated his message for the audience: Instead of lecturing the committee on the evils associated with GMOs, as I’ve heard him do in other contexts, he said that all his group wanted was a “value neutral disclosure” that would allow consumers to make their own decisions. The history of other countries that have instituted mandatory labeling show that these sorts of labels don’t produce sudden shifts in consumer behavior, he said.

The senators pushed back against this, asking for responses from other panelists. One of those panelists, Ronald Kleinman, a chief physician at MassGeneral Hospital for Children, said that labels and transparency were all for the good. But he also pointed out that everyone was urging transparency only about genetic engineering. Why not, he asked, be transparent about crops produced with chemical or radiation mutagenesis? Why not disclose whether low-wage immigrant labor went into foods?

I’d tuned into this hearing to gauge the Senate’s appetite for taking on the GMO controversy in some way. And again, the agricultural committee may well be a biased sample. But still, it seems like Republicans could get at least a few votes from Democrats for their voluntary labeling bill. Then again, it’s one thing to support farmers who want to use genetically engineered seeds, and another thing to tell states they can’t make their own rules about GMO labeling.

If you want to see for yourself, the hearing is available here.