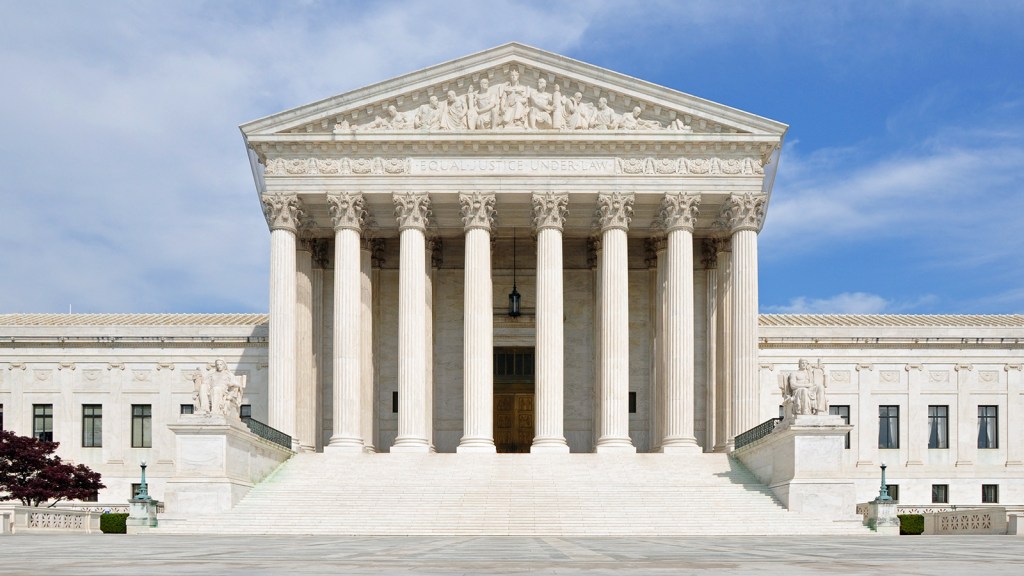 You’ve got to feel bad for the Koch brothers. All of their billions of dollars, all of their schemes for world domination, and they’ve been limited to only donating $48,600 to all federal candidates and $74,600 to party committees every two years. They might as well be mere millionaires. Well, you’ll be pleased to know that the Republican-appointed majority on the Supreme Court has freed the super-wealthy to fully participate in the political process. Score one for democracy!

On Wednesday, in McCutcheon v. Federal Election Commission, the court ruled that those spending limits will no longer apply. The current $2,600 limit per candidate is still in place. But the court held that the de facto limitation on the number of candidates you could give to violates the First Amendment. Billionaires who have made their money extracting fossil fuels, cutting down trees, and cooking up dangerous chemicals — the Koch brothers, for example — will now be able to give the maximum to every congressional candidate in the country. (Or, to be more precise, every Republican candidate, plus maybe a few Democrats they carry around in their pockets, like Mary Landrieu.) If someone gave the maximum to one candidate in each House and Senate race every two years, it would cost $1,216,800 — a small price to pay for control over the most powerful country in the world.

In theory, of course, this ruling benefits rich environmentalists as much as dirty energy barons. In practice, though, there will always be more of the latter. And they will be especially motivated because they have a financial stake in buying elections. This case itself was brought by Alabama coal magnate and conservative donor Shaun McKutcheon and supported by the Republican National Committee. As Oil Change International’s executive director, Stephen Kretzmann, noted, McKutcheon’s business making electrical equipment for coal mines is directly threatened by EPA regulation of CO2 emissions from coal-fired power plants. Not coincidentally, Republicans in Congress are trying to prevent the EPA from regulating CO2.

This ruling is only the Roberts Court’s latest gift to titans of the fossil fuel industry. In 2010, in the Citizens United decision, it overturned limits on independent campaign spending by corporations and unions. Independent expenditures to political action committees, and their steroidal spawn the Super PACs, has boomed in the years since. The Koch network spent more than $400 million on the 2012 election.

PACs can be inefficient, though, as they are legally prohibited from coordinating with campaigns. Being able to marshal out-of-state donations directly to candidates from activists across the country — as the Tea Party movement does — has a better track record of actually determining outcomes, at least in Republican primaries. After this ruling, we will see a massive influx of money into House races from rich polluters and right-wing ideologues. That’s why RNC Chair Reince Priebus issued a statement calling the ruling “an important first step toward restoring the voice of candidates and party committees.” Sierra Club Executive Director Michael Brune, on the other hand, said it “fundamentally contradicts the values that sustain our democracy.”

The environmental movement will have to organize itself, EMILY’s List-style, to fight back with direct donations to candidates. Otherwise, the system will be even more rigged in favor of dirty industries and against the public interest.