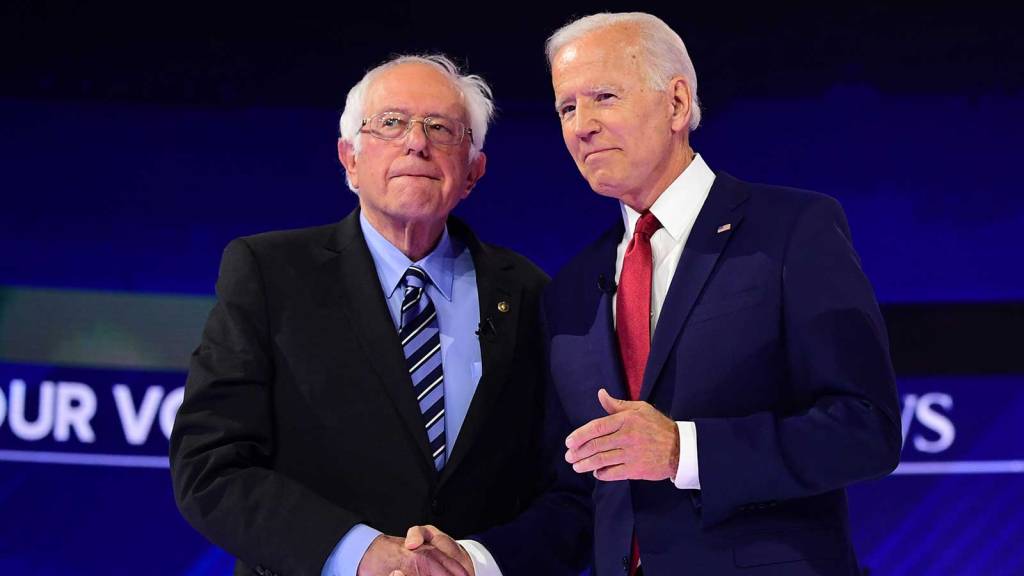 Once upon a time, many moons ago — i.e., back in April — Democratic presidential primary candidate Bernie Sanders agreed to exit the race and join forces with his mortal frenemy Joe Biden to help the former vice president take the White House. The two announced they were putting together a series of joint “unity” task forces with experts from each of their camps to shape the Democratic platform, including a task force on climate change.

After a few months of weekly Zoom meetings and conference calls, the task forces sent their final recommendations to the Democratic National Committee for its consideration on Wednesday.

From the preamble to the task force’s policy recommendations, it’s clear that Sanders’ camp had a meaningful influence on the platform. Titled “Combating the climate crisis and pursuing environmental justice,” the introduction immediately namechecks communities that have suffered the most from the effects of climate change, like Houston, Texas and Paradise, California, and quickly moves on to those that have long suffered from racist policies and pollution, like Flint, Michigan and the Navajo Nation. The platform goes on to work justice and equity into pretty much every bullet point, from eliminating legacy pollution like Superfund sites, to creating union jobs in clean energy that reflect the full diversity of the country. While the Green New Deal is never mentioned, traces of it are all over the place.

Prakash wrote about her experience on the task force on Twitter on Wednesday, explaining that she had two goals: to push Biden to increase his ambition on climate change in terms of timelines and benchmarks, and to place environmental and climate justice at the heart of all of Biden’s climate policies.

On Prakash’s first goal, there was certainly some success. Previously, Biden’s climate policies centered around achieving 100 percent clean electricity by 2050. The task force shaved 15 years off that goal. It also came up with a slew of closer, more specific benchmarks: Within five years, make all school buses electric and help spur retrofits of 4 million buildings by unlocking private sector funding and setting efficiency standards, and by 2030, zero out the carbon footprint of all new buildings.

As for Prakash’s second goal, she applauded Biden’s commitment to putting environmental justice at the heart of his climate policy agenda by “directing federal funds to disadvantaged communities, ending pollution & toxic waste sites, and creating mitigation strategies and rebuilding from disaster in just and equitable ways.”

“We are leaving these discussions with policies that, if implemented, will make Joe Biden’s climate agenda far more powerful, equitable, and urgent than where his plans were just weeks ago,” she tweeted.

Naturally, there is evidence of compromise throughout the task force’s plan. While the document endorses repealing fossil fuel subsidies and addressing methane emissions from oil and gas infrastructure, it does not say anything about fracking, and the only pipeline that it mentions is the “diverse pipeline of talent” the government should help create to fill good clean energy jobs. However, it does urge the Democratic party to explicitly fess up to “historic wrongs” perpetrated against Native American tribes with respect to infrastructure (i.e. pipelines), and to commit to a more robust and meaningful consultation process with tribes across all federal agencies. To do so, the task force recommends conducting a “Tribal Needs Assessment” to understand how to support more than 500 tribes in the energy transition.

Primary season left the Democratic party deeply divided, and some on the climate left will inevitably remain skeptical that a Biden administration will be ambitious enough. This document is by no means the scripture of climate policy. But Biden has proven to be pliant, allowing himself to be pushed further and further on climate since first announcing his candidacy, and this experiment in intra-party negotiation and compromise offers some evidence that the trend could continue.