This week’s primaries bode well for the Green New Deal 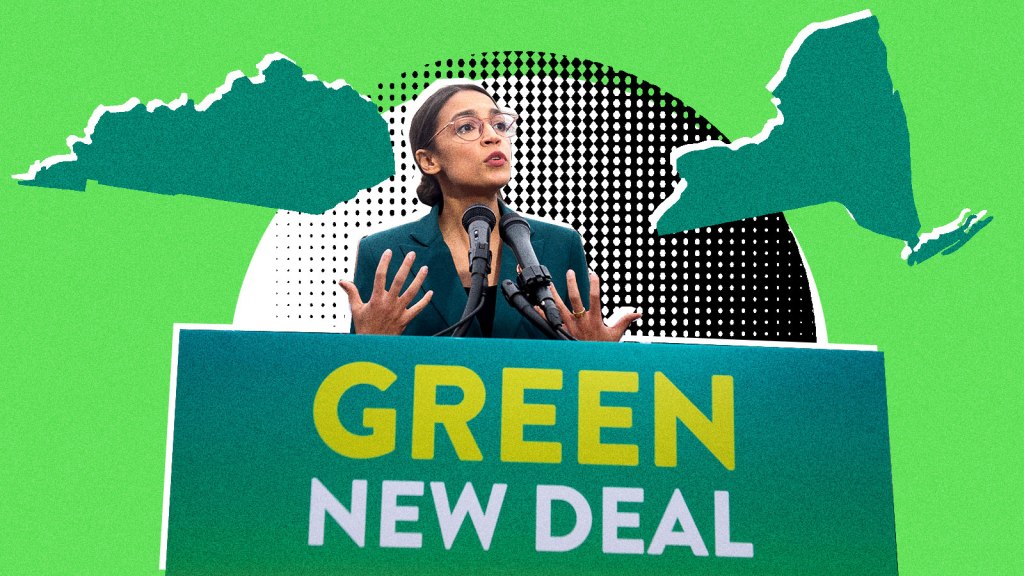 This week’s primaries bode well for the Green New Deal

Preliminary results from Tuesday’s primary elections in New York and Kentucky are in. The coronavirus pandemic will postpone full ballot counts in those two states for at least a few weeks, thanks to a massive uptick in absentee voting this year. But early results show that progressives, and especially Black progressives, are performing better than expected in both states. The tentative wins were driven by an outpouring of support galvanized by weeks of protests against racist police brutality. If these candidates make it to Capitol Hill, they could help the progressive wing of the Democratic party push for comprehensive climate legislation.

In New York, Jamaal Bowman, a Black, progressive middle school principal from the Bronx, is almost certain to defeat Representative Elliot Engel in the state’s 16th congressional district. Engel, who has held the seat for 16 terms, is New York’s longest-serving member of Congress. He was backed by pretty much the entire Democratic establishment, with endorsements from House Speaker Nancy Pelosi, Senate Minority Leader Chuck Schumer, and former Secretary of State Hillary Clinton.

Bowman has claimed victory, stating in an election night speech that he “cannot wait to get to Congress and cause problems.” The 44-year-old ran on a platform that includes the Green New Deal, an economy-wide plan to tackle climate change popularized by Representative Alexandria Ocasio-Cortez — a progressive who came out of left field to win her district in Queens and the Bronx in 2018 and whom Bowman said “inspired me immensely.”

Ocasio-Cortez, who faced her own primary test on Tuesday, won reelection handily, defeating former CNBC correspondent and centrist Michelle Caruso-Cabrera and two other challengers for New York’s 14th district with nearly 73 percent of the vote. As a member of “the Squad” — a team of four freshman women of color in Congress who vocally champion progressive legislation — Ocasio-Cortez has introduced not only the Green New Deal resolution but also legislation to reduce emissions from public housing during her past year and a half as a legislator.

Black progressives are also poised to clinch Democratic nominations in New York’s 15th and 17th congressional districts. Ritchie Torres, a New York city council member since 2018 who is likely to win the 15th district in the Bronx, has had a 100 percent score from the New York League of Conservation Voters two years running. In response to a questionnaire from the environmental group, which endorsed him, Torres said, “there is an opportunity to rethink public housing as a model for green and energy efficient buildings to help combat climate change while addressing its capital needs.”

Mondaire Jones, who declared victory against several opponents for the 17th District just north of New York City, received an endorsement from Bernie Sanders. But his endorsement from New York Youth Climate Strike, a young climate activism group, is a better indication of how young progressives feel about his climate bona fides. “My number one priority is a Green New Deal, because if we don’t have a planet to inhabit, nothing else matters,” Jones told a group of climate justice activists at a rally in Nyack, New York, last winter. He promised to fight for massive investments in green infrastructure and economy-wide decarbonization in that same speech.

On the other side of the Mason-Dixon line, Charles Booker, Kentucky’s youngest Black lawmaker, is giving establishment candidate Amy McGrath a run for her money (and she’s put quite a bit of it into her race) in the state’s Democratic Senate primary. As of Wednesday evening, Booker is down 6 points. The Sunrise Movement, a youth climate activist group that gets a lot of credit for forcing rising temperatures into the national discourse in 2018, endorsed Booker’s run. Booker, who will face an uphill battle against Mitch McConnell if he wins the primary, has sought to differentiate himself from the Senate majority leader by highlighting McConnell’s history of science denial. Booker supports a Green New Deal, while McGrath has expressed skepticism about it. “I’m somebody who wants to see actual policy before I make an up or down vote,” she told Newsweek last fall.

Climate advocates had hoped 2020 would be the year climate change took center stage politically. The fact that that dream hasn’t materialized, at a moment when the COVID-19 pandemic and the Black Lives Matter movement dominate the national discourse, doesn’t necessarily mean climate action is doomed in the short term. If some of these progressive candidates win in November, the next Congress could see some serious action on a number of progressive issues, including climate change.

If nothing else, the preliminary results from Tuesday’s primaries have made one thing clear: the Democratic establishment keeps betting on the wrong congressional candidates from the Bronx.