There is no real case against equal opportunity 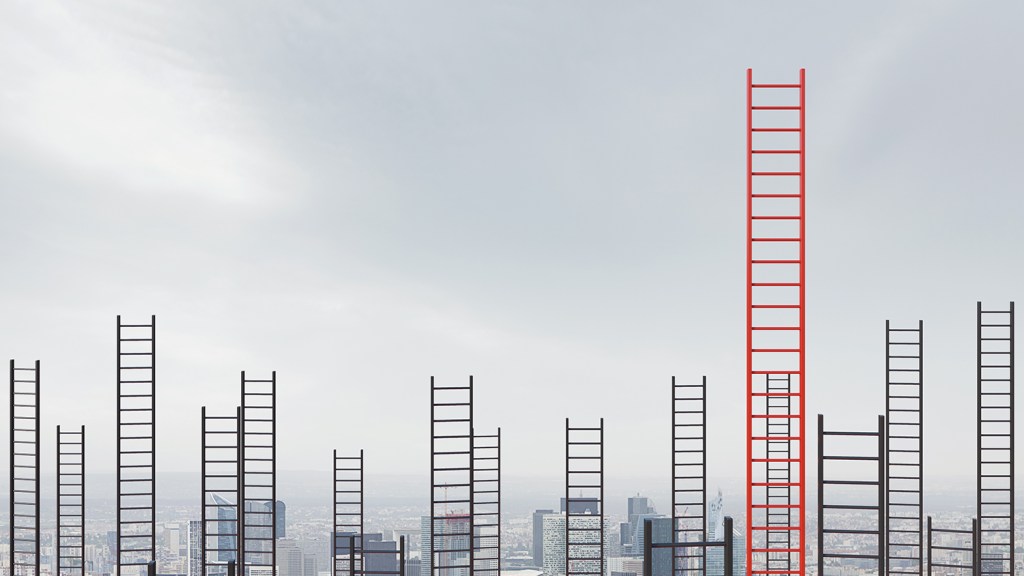 There is no real case against equal opportunity

Dylan Matthews has a bone to pick with equal opportunity. In his case against the concept, published on Vox yesterday, he begins with a series of quotes from sources spanning the political aisle. Readers are besieged with defenses of the concept from Barack Obama and Paul Ryan, from Hillary and Jeb. But Matthews has seen the light, and our elites are mistaken. Equality of opportunity is a “deeply, deeply illiberal ideal” that would turn the United States into a “dystopian, totalitarian nightmare.” It is “simply a bad goal.”

A sketch of the piece’s thesis looks something like this: In a world of true opportunity equality, we’ll always have an underclass, and they’ll always suffer. Society — merely concerned with bolstering opportunities — will be able to dismiss low achievers as having squandered their resources. Governments will invade personal and parental choice in favor of moving the starting blocks, and besides, equality of opportunity is impossible to measure. “No one really wants equality of opportunity, nor anything close to it,” he writes.

Try telling that to those who aren’t privileged enough to get paid to write critiques of equal opportunity.

You can already see what’s happening here. Throughout the piece, Matthews gets two main things wrong and omits something definitively crucial. First, he fails to recognize that true equality of opportunity seeks to correct for all systemic injustices, not just some of them. “An opportunity is only an opportunity if it can be squandered — even if that squandering is a consequence of poverty, deprivation, and lead poisoning,” he writes. This logic says that equality of opportunity would somehow correct for systemic factors without, well, correcting for systemic factors. That somehow in the breathless race to shore up opportunity, we will have missed the target. With bad policies, that can indeed happen. But that doesn’t mean the policies are morally corrupt. They just need to be better designed.

Second, in focusing on parental choice, his argument wholly ignores why people defend equality of opportunity in the first place. Opportunity isn’t about choice. It’s about a lack thereof. No string of strategic parenting choices, however hawk-eyed, can correct systemic injustice. Equality of opportunity strives to return agency to the individual, not strip her of it. But in Matthews’ opportunity-egalitarian dystopia, we are somehow left losing agency, moral conscience, and a few other tidbits along the way. We’ll get to the glaring omission in a minute. First, consider these losses:

For one thing, any actions taken by affluent families meant to help their kids get ahead are prima facie illegitimate. That means no private schools. No fancy preschool or daycare. No au pairs or nannies. No after-school tutors. No summer camps. No violin lessons or chess lessons or tennis lessons or theater classes. Certainly no inheritances.

Just imagine a world without fancy preschool. Extravagant as the claim may be — that “any actions taken by affluent families meant to help their kids get ahead are prima facie illegitimate” — it’s blindingly wrong. Equality of opportunity doesn’t have anything against fancy preschool; it has a problem with access to fancy preschool. Hell, the fancier the preschool, the better. Just make sure they’re offering toddler-sized scholarships and providing free transportation for students who demonstrate need.

Instead, how about imagining a world without redlining? Or without the number 4.8 representing an historic high for the percent of female Fortune 500 CEOs? Without criminally disproportionate medical school acceptance rates? There are opportunities for which equality is a desperate moral imperative.

Buried in that reading of equality of opportunity is the same patent misunderstanding that when we talk about equality of opportunity, somehow we’re really talking about parental choice instead of structural forces limiting a child’s mobility. And, to clarify, we really are talking about the latter. Yes, measuring fairness (and mobility) is hard. But it’s hard to measure most things that matter. Just because it’s difficult doesn’t mean it isn’t worthy. Besides, by his own stick, equality of outcome suffers from the same irreducibility: If we actually want to go “much deeper than monetary inequality,” which he writes we should, then measuring outcomes is just as squishy.

But here’s the thing. Given his arguments, I’m not sure Matthews cares about more than monetary outcomes.

At the Emmys on Sunday night, Viola Davis became the first woman of color to ever win the award for outstanding lead actress in a drama. “The only thing that separates women of color from anyone else is opportunity,” she said in her acceptance speech. “You cannot win an Emmy for roles that are simply not there.”

That’s the glaring omission, by the way. The word “race” appears exactly zero times in Matthews’ 3,700-word feature. The word “racial” appears once, and it is tucked away in a quote from Thomas Nagel. For all the effort put into steering the conversation away from money and socioeconomic variables, the piece never quite manages to leave their orbit.

Which brings us to affirmative action; also entirely absent from the piece.

What equality of opportunity really demands is rectification of unjust circumstances that stem from factors beyond one’s control. Proactive policies like affirmative action have a morally (and legally) justifiable place in achieving this difficult goal because they are the best we can do. We object to inequality because differences in social, racial, and economic status are stigmatizing; because differences in structural factors limit fair procedure. Not because inequalities themselves are intrinsically wrong.

In the 1977 Supreme Court case The Regents of the University of California v. Allan Bakke, the latter (a 33-year-old white man) sued the UC Davis medical school for denying his acceptance, despite his test scores being higher than several applicants admitted under the school’s affirmative action scheme. “That is true: no doubt he would have been accepted if he were black,” wrote political philosopher Ronald Dworkin at the time. “But it is also true, and in exactly the same sense, that he would have been accepted if he had been more intelligent, or made a better impression in his interview, or, in the case of other schools, if he had been younger when he decided to become a doctor.” In challenging the status quo, the case for affirmative action stands on its own merit, regardless of any incidental inequalities it produces in striving to ensure greater societal equality.

There are many flavors of inequality, and several of these are morally preferable to those we currently tolerate. The inequalities that arise from true equality of opportunity are inequalities aimed at correcting greater injustices.

But somehow, Matthews’ argument isn’t about greater injustices. In response to the idea of targeting socioeconomic credentials like high school diplomas and old boys’ clubs to ensure equality of opportunity, he writes that we all encounter bottlenecks; that “knowing violin is a bottleneck if one wants to play in a symphony. Having access to a luge track is a bottleneck if one wants to be an Olympic luger.” That’s exactly the same logic that’s at work behind “All Lives Matter,” by the way, and why this kind of thinking is so crushingly irresponsible.

The problem, of course, is that bottlenecks are not equitably distributed. And knowing violin is only a bottleneck if one wants to play in a symphony. There is a difference between true bottlenecks — gatekeepers — and requisite skills or venues for a given task. A college degree is a bottleneck for a lot more than a violin because it is a (network-granting) credential. A luge track is a luge track. Sure, if someone wants to get into luge at the Olympic level, they better have access to a luge track. But equality of opportunity is not about hitting the home run. It is about leveling the playing field so you can swing the bat. It is about ensuring procedural fairness.

And what is the alternative? “By embracing [outcomes instead of opportunities], we give ourselves goals to strive for, a basis to determine if our politics are working, a clear path forward,” writes Matthews. “By rejecting them, we are left with a morass of conceptual confusion.” Unfortunately, what we’re actually left with is the suggestion to measure outcomes. I’ve got nothing against measurement, but it doesn’t solve the problem of a radically unjust society.

Here at Grist, we write about environmental justice and reproductive rights because of the opportunities they afford, not the outcomes they promise. Environmental justice is not about magically ensuring everyone gets well-paying jobs — it’s about rectifying the country’s disproportionate rates of asthma, particulate matter and ozone exposure, and water pollution, so the affected marginalized communities can breathe easier and have one less thing to worry about. We don’t advocate for longer, better paid parental leave policies because we’re upset about potentially foregone income; we advocate for them because they can help combat gender discrimination and reinstall individual agency that is currently being denied.

What Matthews really appears to have a problem with is the concept of a meritocracy. And meritocracies certainly can be flawed. Societies that claim to be built on merit fail morally when elites control access to merit-granting institutions or when public policies hold poor definitions of merit itself. But equality of opportunity itself does not require an “obsession with effort.” What it does require is a willingness of those in positions of power to relinquish some of that power. Anything else is hypocrisy.