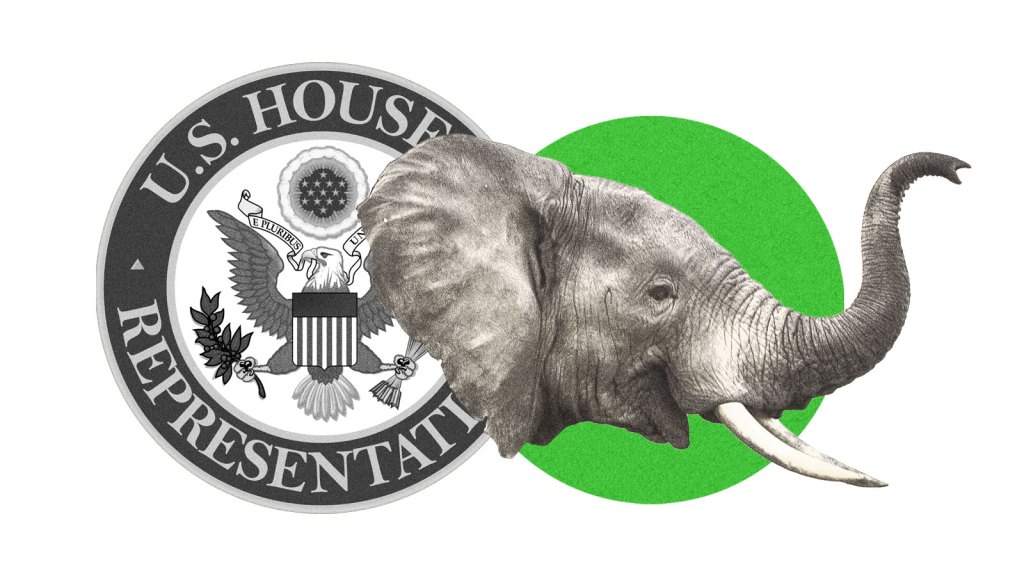 Grist / Vicki Jauron, Babylon and Beyond Photography / Getty Images
on the house

Since the presidential race was called more than a week ago, election coverage has mostly focused on President-elect Joe Biden’s win and what a (probably) Republican-controlled Senate might mean for his legislative agenda in 2021. But the upper chamber isn’t the only legislative body with the ability to jeopardize Biden’s plans.

House Speaker Nancy Pelosi has lost six seats in the House so far and may yet lose more — 14 districts still haven’t been called. That means her majority will be more tenuous in the 117th Congress than it was in the 116th, and she’ll likely have to do a lot more wheeling and dealing to get the centrist and progressive factions of her party to unite behind major bills.

Pelosi will also have to play ball with a formidable right flank, some of whom may seek to obstruct her agenda. But it’s not a foregone conclusion that all of the House’s Republican members, particularly the new ones, are diametrically opposed to every policy item on Pelosi’s list.

A few of the Republicans who won House seats this cycle seem genuinely interested in pursuing environmental policy in Congress, and many of them campaigned on platforms that included a green plank.

“Having a proactive message on climate was a winning issue for folks on the right side of the aisle,” Quillan Robinson, vice president of government affairs for the conservative environmental activist group the American Conservation Coalition (ACC), told Grist. Every single one of the 24 Republicans ACC endorsed beat out Democrats this cycle. “These are all people who have been proactive on these issues, have led bills, have been cosponsors, have been talking about the issue of climate change,” Robinson said.

The incumbents whom ACC endorsed have a mixed record: Some of them, like Bruce Westerman of Arkansas, the only licensed forester in Congress, have voted against climate bills far more often than they’ve voted for them, according to the League of Conservation Voters’ environmental scorecard. But others are more legit. Brian Fitzpatrick, for example, representing Pennsylvania’s 1st district, is the only Republican left in Congress who supports a carbon tax. Kevin McCarthy, the House Minority Leader and a perpetual thorn in Pelosi’s side, has been pushing his caucus to do more to address climate change, motivated in part out of fear of alienating younger members of his party.

As for the Republican challengers who won House seats last week and don’t yet have a legislative record to point to, a couple of them talk about climate change with a fluency that’s more commonly found across the aisle. Maria Elvira Salazar, a former TV journalist who beat incumbent Democrat Donna Shalala in Florida’s 27th congressional district, says evidence of climate change is “right here in Miami.” “Areas like Miami Beach may become uninhabitable in a matter of decades, not centuries, unless we work to combat the problem,” she said on her website.

Peter Meijer, a 32-year-old Republican business analyst and a member of the billionaire Meijer supermarket family, beat Democrat Hillary Scholten for an open seat in Michigan’s 3rd district. Michigan voters across the board want to see action on climate change and value environmental conservation. In order to appeal to those voters, Meijer made a three-part video series in which he talks about Michigan’s natural resources, the role Republicans should be playing in the conversation around climate change, and water supplies threatened by per- and polyfluoroalkyl substances (PFAS), the so-called forever chemicals.

“Granted, a lot of our policies have not been acknowledging either present-day realities or any of the best estimates about where we’re going forward, and that’s something that has frustrated me about my party, “ the millennial says in one of the clips. “But ask a fisherman if they care about the environment, ask a hunter if they care about the environment. That sort of conservation ethos has been within the Republican party for over a century.”

Meijer’s website doesn’t mention climate change, but his language around the environment and energy matches the way most moderate Democrats talk about climate policy. “We need to encourage the private sector innovation which is driving the transition to renewable energy sources,” his site reads. “I support an all-of-the-above energy strategy that includes wind, solar, hydro, nuclear, and natural gas components.” In an interview with the Detroit News on November 5, the victorious political newcomer said protecting the Great Lakes and addressing the climate crisis would be among his priorities in Congress.

There’s still no guarantee that Meijer (or Salazar, or Fitzpatrick, or McCarthy) will vote for green legislation after being sworn in. There are plenty of Republicans in Congress who are willing to admit climate change is happening but are loath to actually do anything about it. Take, for example, Lindsey Graham. In 2019, the senator from South Carolina joined a climate caucus and called on President Trump to take climate change seriously. He earned a measly 29 percent score from the League of Conservation voters for the way he voted on climate and environment legislation that year.

But if Meijer, Salazar, and some of the other Republicans heading to Congress next year are the real deal on climate, they’ll have to strike a delicate balance between toeing the party line on climate change and championing environmental policy. Republicans who have come to Congress with the aim of passing climate policy in the past have generally ended up losing their seats. Carlos Curbelo, a two-term former representative from South Florida and co-chair of the bipartisan House Climate Crisis Committee, lost his seat to a Democrat in 2018. (In total, 21 Republican members of that climate caucus lost their seats that year.) In 2010, Bob Inglis, a Republican and loud champion of a carbon tax, was forsaken by his party and lost his district in South Carolina. It’s on Meijer and company to break that cycle.