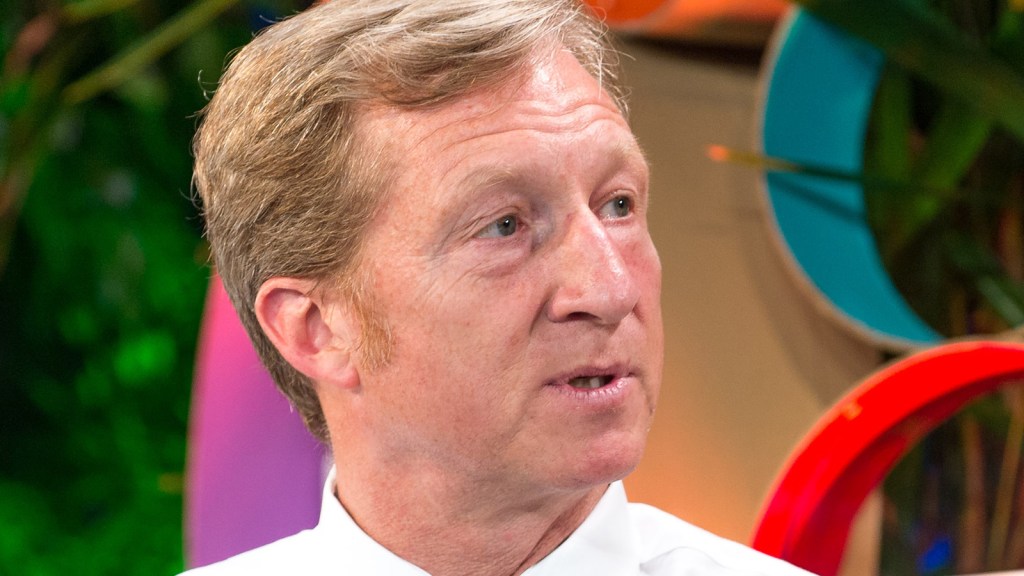 Tom Steyer’s climate-focused political group is already gearing up for the 2016 presidential race, announcing on Monday a new effort that will focus on putting Republican candidates on the defense when it comes to global warming.

NextGen Climate’s chief strategist, Chris Lehane, said in a call with reporters that the group’s mission heading into 2016 is to “disqualify” candidates who deny that climate change is real or caused by human activity by proving that, “They don’t have what it takes to be president.” The effort will be called Hot Seat, and NextGen Climate says it will involve media and on-the-ground campaigns in key electoral states aimed at linking Republican deniers to the Koch brothers and other interests that seek to undermine climate science.

The idea, NextGen says, is to force Republican candidates who are skeptical of climate change to defend their views right out of the gate.

“If you’re in a position that is different from 97 percent of scientists, that does raise basic competency questions in terms of whether people are going to want to give you the keys to the White House,” said Lehane.

Their first target, Lehane said, is Rand Paul, who is expected to announce his candidacy Tuesday in Louisville, Kentucky. The group is planning to hit Paul with a stunt involving a “lie detector test” to force him to go on the record about his views on climate change, and will also follow the candidate to Iowa. Paul has previously questioned the consensus view among scientists that greenhouse gas emissions are warming the climate, but has also tried to moderate his stance somewhat in recent months.

The group intends to portray Republican candidates who deny climate change as being subservient to the will of major donors like the Koch brothers, the conservative fossil-fuel billionaires. “[The Kochs] have acquired the Republican Party and purposed it,” said Lehane. “Now they have these various Republican candidates saying they don’t believe in the science.”

Through his NextGen Climate project, billionaire investor Steyer spent more than $74 million trying to make climate change a central issue in the 2014 midterm election. The group’s effort had decidedly mixed results: Of the seven races it targeted, NextGen’s endorsed candidates won in only three. But the group has maintained that 2014 was a success, since Republican candidates were forced to go on the record about their views on climate change.

“Climate really is playing a significant role in the national election and in battleground states,” said Lehane. He noted that 2014 was the “first time that climate had really been elevated to that level in the election, where folks who believe the science were able to use it offensively, and deniers were on defense.”

In 2014, NextGen’s efforts included major television and online ad buys, as well as in-state spectacles such as following Republican Senate candidate Scott Brown’s campaign around New Hampshire in a truck loaded with oil barrels and rolling a replica of Noah’s Ark into Florida to confront Republican Gov. Rick Scott.

The group thinks that 2016 will be an even bigger year for climate, given the higher turnouts in presidential election years and the role young voters will play in the debate. Polls have found that 80 percent of voters under the age of 35 support the actions the Obama administration has taken to address climate change, and even 52 percent of young Republican voters said they were more inclined to back a candidate who supported those climate efforts.

Lehane was coy about how much Steyer intends to spend this time around, stating only that “he’s made pretty clear he will spend what it takes.” It was strongly implied that the dollar figure would be higher than it was in 2014, as the group believes that 2016 is “the defining election of our time.”

Hot Seat will include an “aggressive, state-of-the-art social media” element as well as “highly targeted” radio, television, and online advertising, Lehane said. The group also plans to have a strong presence on college campuses and to engage in targeted outreach to young voters. The effort will be run from a “high-tech war room” in San Francisco.

NextGen is already planning to follow Scott Walker, the Republican governor of Wisconsin and a potential 2016 candidate, as he travels to Europe later this month. Lehane didn’t elaborate on the group’s intentions for Walker’s trip, but said, “I can at the minimum guarantee it will be highly entertaining.”